Bernie Sanders sparked a social media frenzy on Wednesday thanks to his dressed-down look to attend the inauguration of President Joe Biden and Vice-President Kamala Harris.

Sporting a drab parka and wooly mittens, the Vermont Senator found himself at the centre of a meme movement, with social media users placing the photo of Sanders in the audience in a variety of different milieus, from sitting on a park bench with Tom Hanks’ Forrest Gump to joining Jean-Luc Picard and “Star Trek: The Next Generation” on the bridge of the Enterprise.

Some celebrities decided to get into the fun, with Jennifer Aniston joining the meme-making in a big way.

In fact, the star of “The Morning Show” offered up three hilarious shots of herself with Sanders on Instagram Story, including a magazine cover and another with herself and the cast of “Friends”. 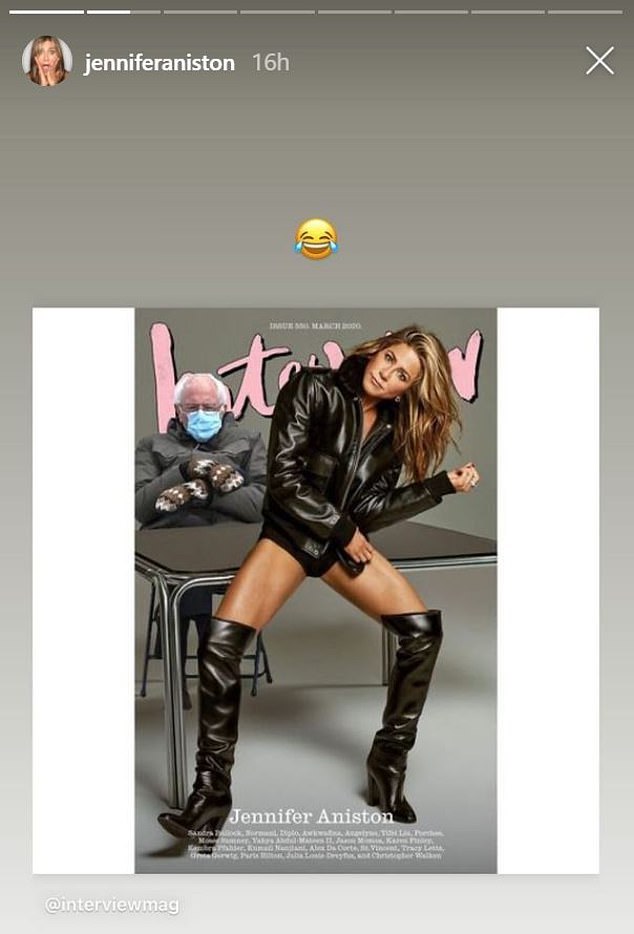 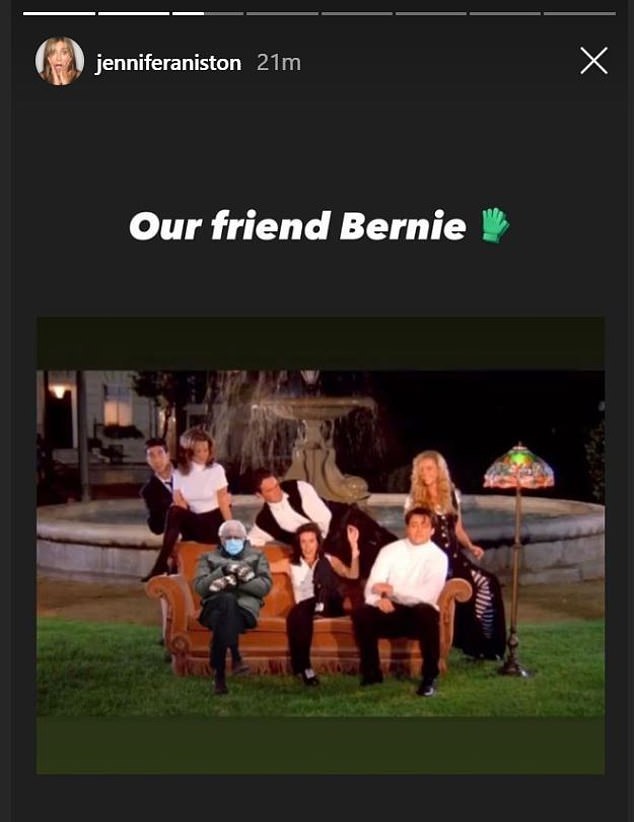 Sarah Jessica Parker also joined in, with Bernie joining her and her “Sex and the City” co-stars (tellingly, minus Kim Cattrall) in a scene from the HBO hit.

Hilarie Burton took a similar approach, Photoshopping Sanders into a photo of the “One Tree Hill” cast.

Demi Moore was joined by Sanders in an iconic scene from “Ghost”.

There were even memes from “Real Housewives” stars Lisa Rinna and LuAnn de Lesseps.

In addition, a pair of celebrated Canadians also got into the act, with Ryan Reynolds and Dr. David Suzuki also sharing Sanders meme pics.

Janet Jackson, Amy Schumer and more all joined in as well.

Meanwhile, Sanders himself is even getting in on the action, and is now selling a line of meme-themed merchandise benefiting Meals on Wheels in his home state of Vermont.

Sanders was then asked about his inauguration ensemble during an appearance on “Late Night with Seth Meyers”, telling the host he had seen a lot of the memes.

He insisted of the viral image, “I was just sitting there trying to keep warm, trying to pay attention to what was going on.”

Sat Jan 23 , 2021
Disney is following in the footsteps of MGM, Universal, and Sony be delaying their Q1 releases. The King’s Man, Ron’s Gone Wrong, Antlers, and more have been delayed, while the highly anticipated Bob’s Burgers movie has been taking off the release slate entirely. As for whether or not Marvel Studios’ […]

Jessica Mulroney Stands Up for Meghan Markle After Fallout