The trailer introduces Linda (Hathaway) and Paxton (Ejiofor), a London-based couple planning to break up just before the coronavirus lockdown. Forced to quarantine for two weeks, they have no choice but to navigate their relationship, as they search for a light at the end of the tunnel.

While figuring out their living situation, the couple also faces challenges in their professional lives. “I’ve been furloughed. Now there’s literally zero purpose to my life,” Ejiofor says in the trailer.

READ MORE: Christopher Nolan shuts down Anne Hathaway’s claims that he bans chairs from the sets of his films

Hathaway, on the other hand, hosts a video call during which she lays off her employees. “The nice people that I fired? They were fired because of me,” she says to Ejiofor. 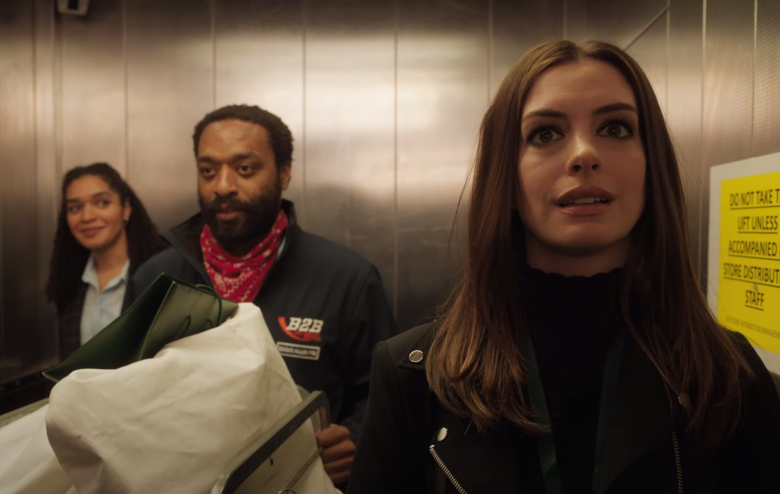 Locked Down was filmed in the U.K. from September to October under COVID-19 protocols. The script was written by Peaky Blinders creator Steven Knight, who previously teamed with Hathaway for 2019’s Serenity.

Locked Down was introduced at the virtual Toronto Film Festival in September. It will debut on HBO Max in the US on January 14.

Wed Jan 6 , 2021
Abel, is that you? The Weeknd kicked off 2021 by stunning fans with his brand new look. Celebs Who Admitted They Got Plastic Surgery Read article The 30-year-old Grammy winner, born Abel Tesfaye, debuted his drastically altered face in his “Save Your Tears” music video on Tuesday, January 5. While […]