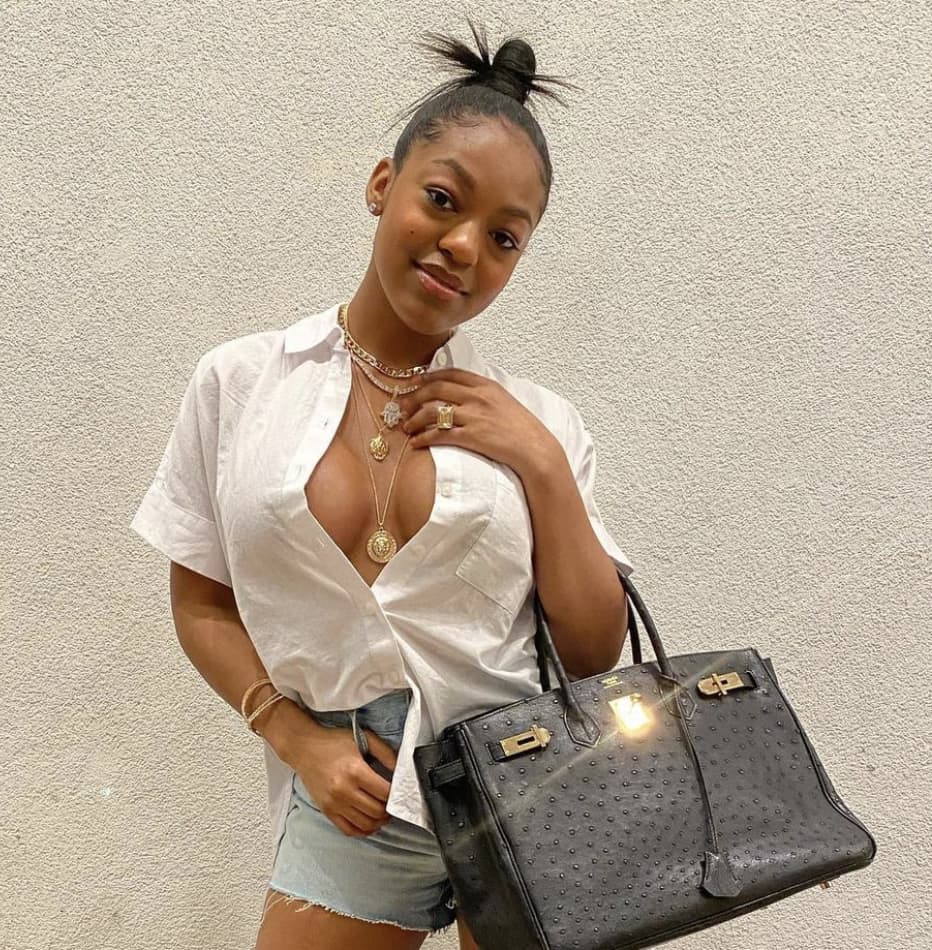 Just on the heels of R. Kelly being found guilty of racketeering and trafficking in his sex abuse case, Azriel Clary, who previously said she was his girlfriend, sat down with Gayle King to get candid about her relationship with him.

If y’all recall, this is not the first time Azriel sat down with Gayle. Back n 2019, Azriel joined R. Kelly and Joycelyn Savage in an attempt to clear Kelly’s name, which Azriel admits was all a lie.

Azriel testified against R. Kelly in his trial, making allegations of physical and mental abuse. In the new interview, she old Gayle she was not honest about her relationship what he singer, and alleged he coached her on how to answer any question Gayle could possibly throw at her.

“Before that interview, he had us practicing every single day,” Azriel told Gayle. “Practicing answering questions and if he didn’t like our answer he would tell us exactly what to say and how to say it. So anytime you mentioned anything about sexual preference, we already know to say ‘I’m not here to talk about that’.”

Azriel went on to tell Gayle she decided to speak her truth and testify against Kelly because she realized she was being manipulated and that he did not love her.

“Why am I exposing myself for a man who has me in this position in the first place?,” she said. “And I really had to come to terms and realize that it wasn’t love, you know, love doesn’t hurt.”

As we previously reported, R. Kelly was found guilty in his sex abuse case and is scheduled to be sentenced in March 2022.

The post Azriel Clary Admits She Was Dishonest About Her Relationship With R. Kelly In Initial Interview With Gayle King appeared first on The Shade Room.

Mon Oct 4 , 2021
Billie Eilish has spoken out against Texas’ newly implemented abortion laws during her headline set at Austin City Limits 2021. At one point during the show, Eilish admitted: “When they made that shit a law, I almost didn’t want to do the show because I wanted to punish this fucking place […]