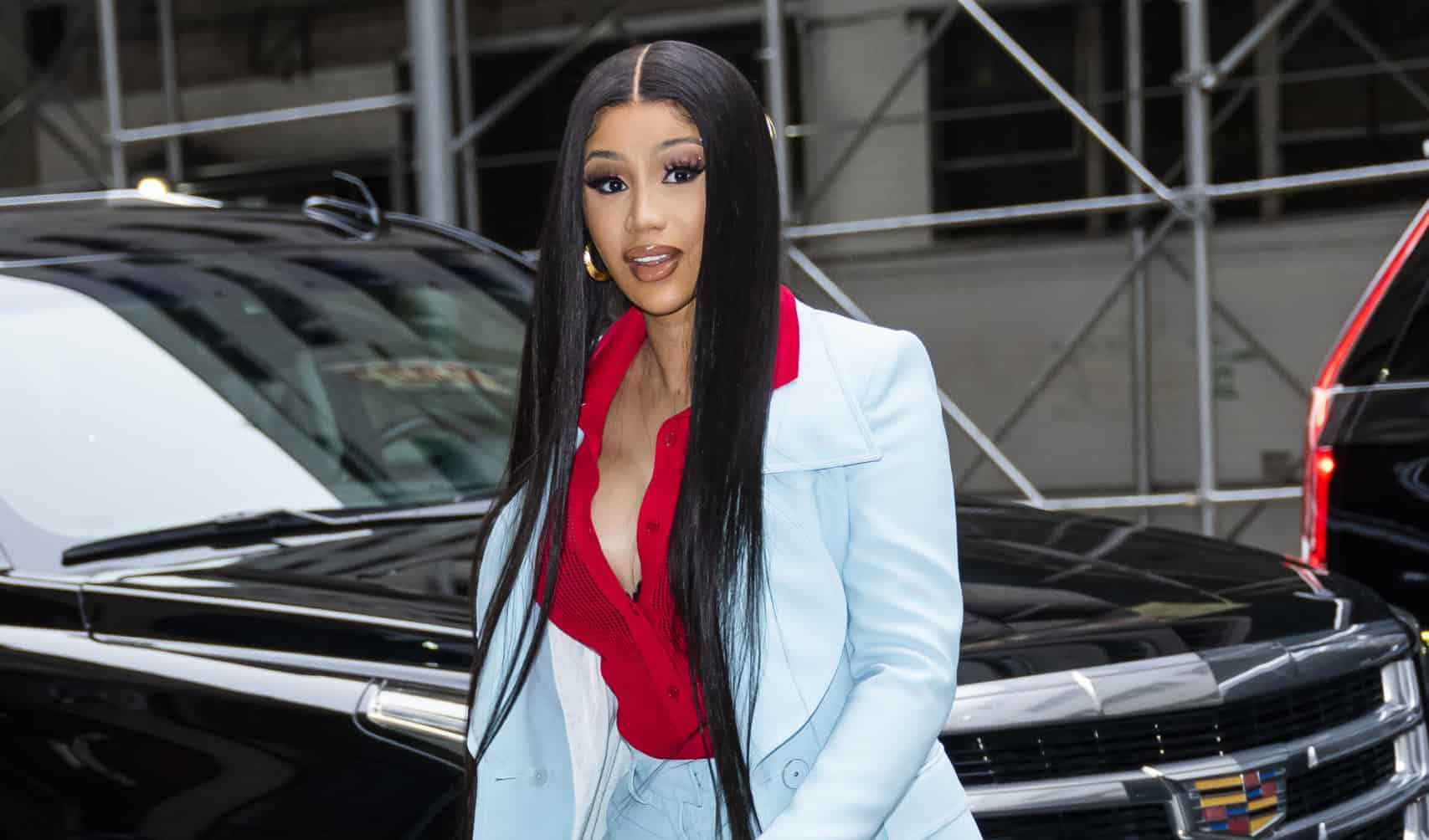 Queen this, queen that! Halle Berry ruffled a few feathers online today when a video surfaced of her calling Cardi B the “Queen of Hip Hop” circulated. While she was promoting her upcoming film ‘Bruised,’ that she directed and stars in last night, Halle spoke to attendees and thanked Cardi for collaborating with her for the soundtrack. The soundtrack, which includes Cardi B, Saweetie, H.E.R., and others, is the first-ever to feature all women.

Speaking to the audience, Halle said, “When women get together, and we get to tell our own stories, there’s a difference, and I hope tonight you will see because so many women were behind the scenes helping to bring this story to life. I hope you see that difference. This movie embodies the first female hip hop soundtrack that’s never been done before.” As the crowd cheered, the Academy Award-winning actress gushed about her partner in crime, Cardi, the Executive Producer for the soundtrack.

Halle thanked her and proclaimed that she was the “Queen of Hip Hop” while explaining that she reached out to the ‘W.A.P’ rapper, and they created an album that Halle believes is not only historical but a beautiful backdrop for the film. While some fans showed Cardi, love, many people called Halle out for giving Cardi the title. Ya’ll know Cardi wasn’t having that. She quickly stepped on Twitter to tell folks not to do too much to Halle.

In a previous interview with Noisey, the Bardi Gang had Cardi’s back and reminded folks that Cardi said she wasn’t interested in the title. Cardi liked the tweet and also clapped back to a Twitter user who participated in the negativity. Roomies, drop a comment, and let us know your thoughts!

The post Cardi B Defends Halle Berry After Receiving Backlash For Calling Her The “Queen Of Hip Hop” appeared first on The Shade Room.

Mon Nov 15 , 2021
A 10 year old beautiful Black girl named Isabella “Izzy” Tichenor died by suicide last Saturday after allegedly being bullied by classmates. Izzy’s death could have been avoided, according to her family, had her school not ignored their complaints, the family’s lawyer told MTO News. “Izzy was a happy child. […]