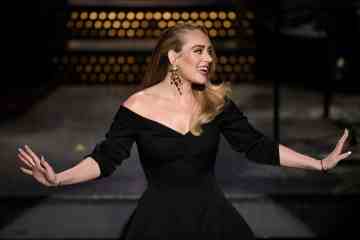 While many were excited to see Adele at her Las Vegas residency, it seems that fans will have to wait just a little bit longer.

On Thursday, the chart-topping artist took to Twitter and tearfully announced her residency will be postponed. Adele expressed, “I’m so sorry, but my show ain’t ready. We’ve tried absolutely everything that we can to put it together in time, and for it to be good enough for you. But we’ve been absolutely destroyed by delivery delays and COVID. Half my team is out with COVID, and it’s been impossible to finish the show.”

Adele continued, “I’m gutted. I’m sorry it’s so last minute. We’ve been awake for over 30 hours now trying to figure out. We’ve run out of time, and I’m so upset and I’m really embarrassed.” Continuing to … Read more

Katharine McPhee was part of a pretty tough question on the latest episode of “Jeopardy!”

The actress took to Instagram to share a video of the contestants being left stumped on Thursday’s instalment of the TV game show.

The clue was, “Spooky HBO show with references to H.P.’s works, with Katharine McPhee along as the singing nanny.”


The competitors were tasked with combining the titles of two TV shows to complete the correct response, which was “Lovecraft Country Comfort.”

“I wouldn’t have even gotten this,” admitted McPhee in her caption.

If you haven’t heard singer/songwriter Muni Long’s song ‘Hrs and Hrs,’ you must be living under a rock! The song is one of the hottest R&B songs out right now. You cannot go down your timeline without seeing a video with the song or hearing a celebrity covering it. Today, Halle Bailey decided to put her own twist on the bop and dropped a cover singing this song.

Shared on Instagram, the video has over 620k views. Although Halle put her all into it, not everyone was moved by her vocals. In Muni’s version, she sings in a low octave compared to Halle’s version, singing in a higher octave. People quickly reacted to Halle’s vocals on Twitter. One person tweeted, “Halle Bailey did a cover for ‘Hrs and Hrs,’ somebody gonna say is giving milliseconds … Read more

Holly Madison is spilling all the tea about her time living in the Playboy Mansion.

In the upcoming A&E docuseries “Secrets of Playboy”, the “Girls Next Door Star” doesn’t hold back about the experience of being one of Playboy founder Hugh Hefner’s multiple live-in girlfriends.

“The reason I think the mansion was very cult-like, looking back on it, is because we were all kind of gaslit and expected to think of Hef as, like, this really good guy,” Madison says in a clip from the upcoming series.


READ MORE:
Holly Madison Says Hugh Hefner Was ‘Constantly’ Taking Explicit Photos Of Her And Other Women Who Were ‘Heavily Intoxicated’

According to Madison, another way that living in the Playboy Mansion was like being trapped in a cult was the … Read more 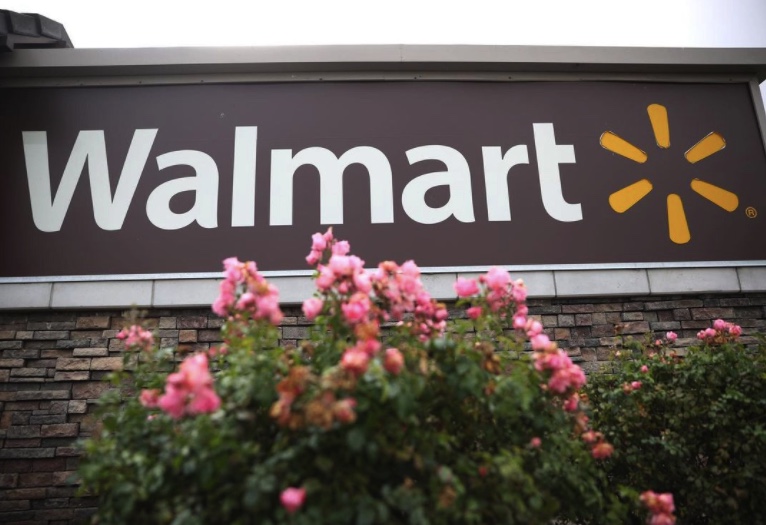 Roommates, with so many companies adding cryptocurrency as a form of payment, it looks like Walmart is planning on taking things to the next level! The giant retailer plans to create their own cryptocurrency and collection of Non-fungible tokens (NFTs). Last month the retailer filed several new trademarks with the U.S. Patent and Trademark Office that indicate their intent to make and sell virtual goods, according to CNBC.

In a statement, Walmart said they’re continuously exploring how emerging technologies may shape future shopping experiences.” The company continued, “We are testing new ideas all the time. Some ideas become products or services that make it to customers. And some we test, iterate, and learn from.”

Others companies such as Nike are also following suit and joining the NFT wave. Reports show that  Nike also filed several trademark applications in early November that previewed its plans to sell virtual branded … Read more