Channing Tatum is back on the dance floor after a 10-year hiatus.

Taking to his Instagram Stories to document the moment, the 41-year-old actor posted a few clips of him improvising at home.

“So here we go, weekend one of exploring and getting back in the saddle,” he captioned one of his Stories.

“I haven’t danced in years, and dance has moved on so much since then. I decided to document the exploration so I could see it.”

The last time fans saw Tatum hit the studio was for Magic Mike and Magin Mike XXL. Prior to that, he starred in the cult classic rom-com, Step Up. 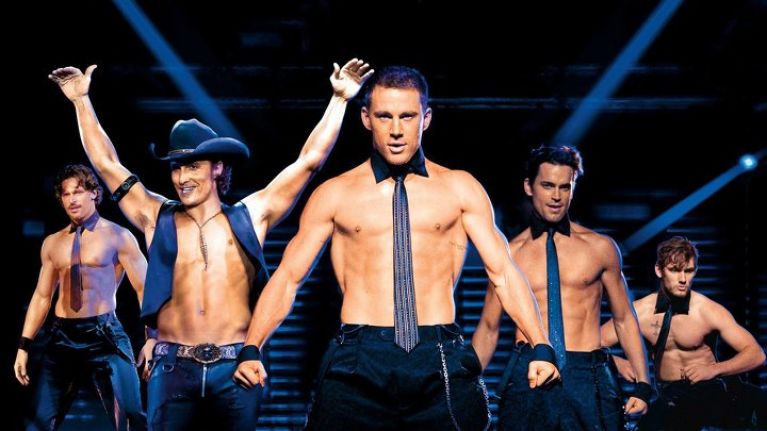 Judging by his latest post, it seems the star hasn’t lost his moves.

He also had an inspiring message for his fans: “Some people just think you can dance or you can’t,” he wrote. “I’m here to tell you that is not true. If you want to, you can move and hear the music. This is going to be a slow journey but [its] welcome.”

While the star doesn’t seem to have any dance films on the horizon, he’s certainly prepared if a third Magic Mike film were to knock on his door.

RELATED: Channing Tatum reveals ‘fear about connecting’ with his daughter after split from Jenna Dewan

Not only would he be ready, but so would Lenny Kravitz, apparently.

The famous singer and father to Tatum’s current girlfriend, Zoë Kravitz, shared a hilarious exchange over Instagram, in which Kravitz claimed he had what it takes to make it on the Magic Mike stage.

Account @commentsbycelebs highlighted the moment between the two stars, which happened after Kravtiz shared a shirtless photo of himself on Instagram.

Commenting on his photo, Tatum wrote: “Good god man! What are you eating, or what’s in the water or the genes?”

“It’s not natural. Do you just do abs like all day?”

Kravitz quickly quipped back: “Dude, I’m just trying to get in the next Magic Mike. Any connections?”

Tatum’s creative moment comes a few months after he claimed he was looking to spend some more time on himself.

In a candid Instagram post, the actor shared a chiselled shirtless photo with the caption: “…Now time…Time for all the things. [My] time. Getting back to me, before the next creative adventure into someone and somewhere else.

“I’m so happy and easy right now. Breathing and gonna indulge in this life I’ve been blessed with. Be easy.”