Chrissy Teigen has bravely opened up about losing her baby in a raw and emotional essay she wrote for online platform Medium.

The 34-year-old had been understandably quiet on social media since September when she and husband John Legend lost their baby at 20 weeks. But now the grieving mum has returned online to explain her pregnancy loss and subsequent heartbreak.

Teigen said she was diagnosed with partial placenta abruption halfway through her pregnancy, which occurs when the placenta separates from the inner wall of the uterus before birth and causes heavy bleeding.

She revealed she experienced placenta problems with her eldest children, Luna, four, and Miles, two. But this time around it was different as no amount of bed rest or blood transfusions could save her unborn child, who the couple had named Jack.

“I had a pretty bad night in bed, after a not-so-great ultrasound, where I was bleeding a bit more than even my abnormal amount,” she wrote in her essay. “My bleeding was getting heavier and heavier. The fluid around Jack had become very low — he was barely able to float around. At some points, I swore it was so low I could lay on my back and feel his arms and legs from outside my belly.

“After a couple nights at the hospital, my doctor told me exactly what I knew was coming — it was time to say goodbye. He just wouldn’t survive this, and if it went on any longer, I might not either.” 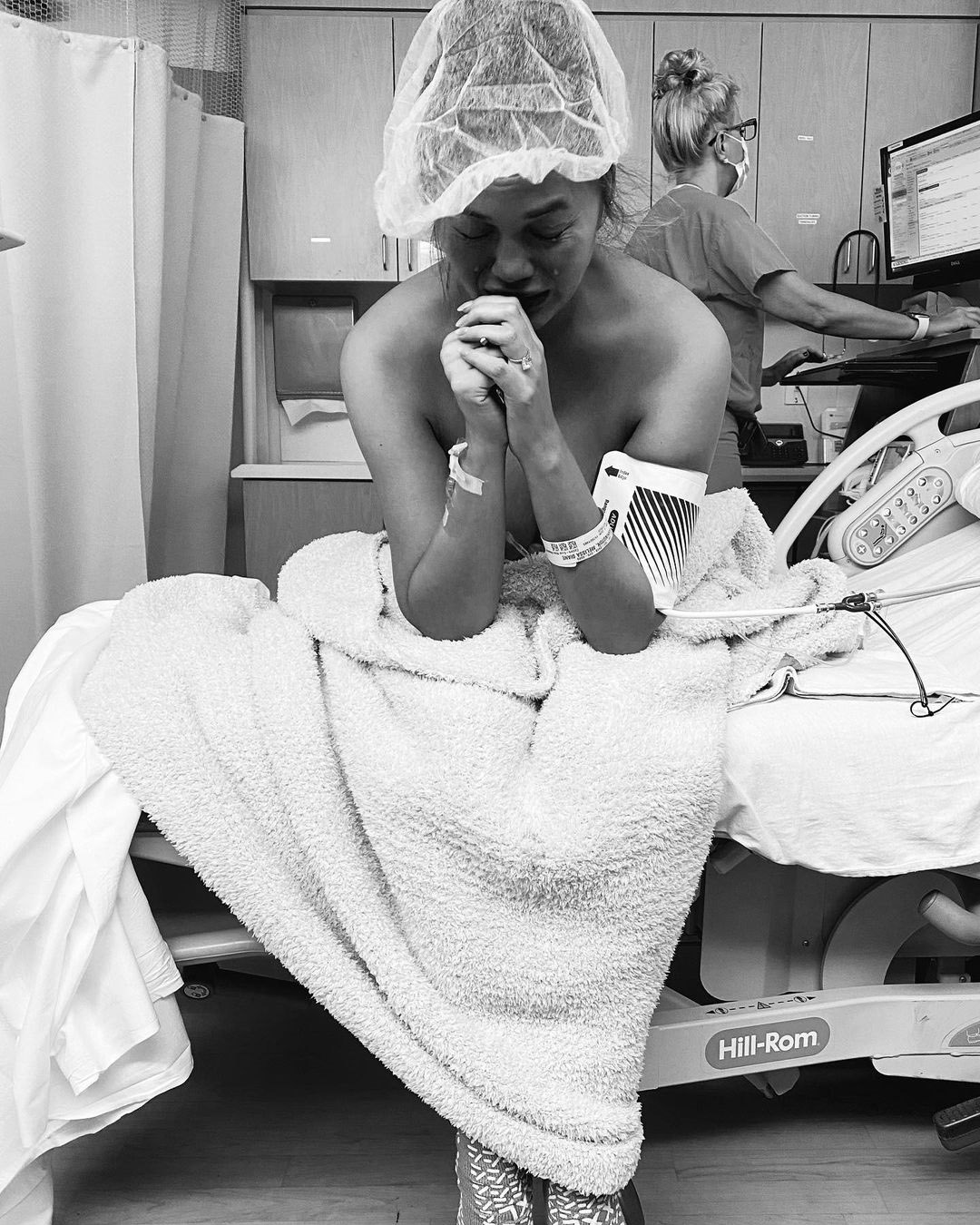 Despite the complications, Teigen said she tried to remain positive, “silently twisting their negative words into positives, thinking that everything might still turn out OK”. But she knew she needed to let go of Jack. She said this realisation made her breakdown, going into “full blown convulsions of snot and tears, my breath not able to catch up with my own incredibly deep sadness”.

“At this point, I had already come to terms with what would happen: I would have an epidural and be induced to deliver our 20 week old, a boy that would have never survived in my belly,” she said.

“I laid there for hours, waiting to be told it was time to push. I obviously never had to dilate much, he was still a tiny little guy.” 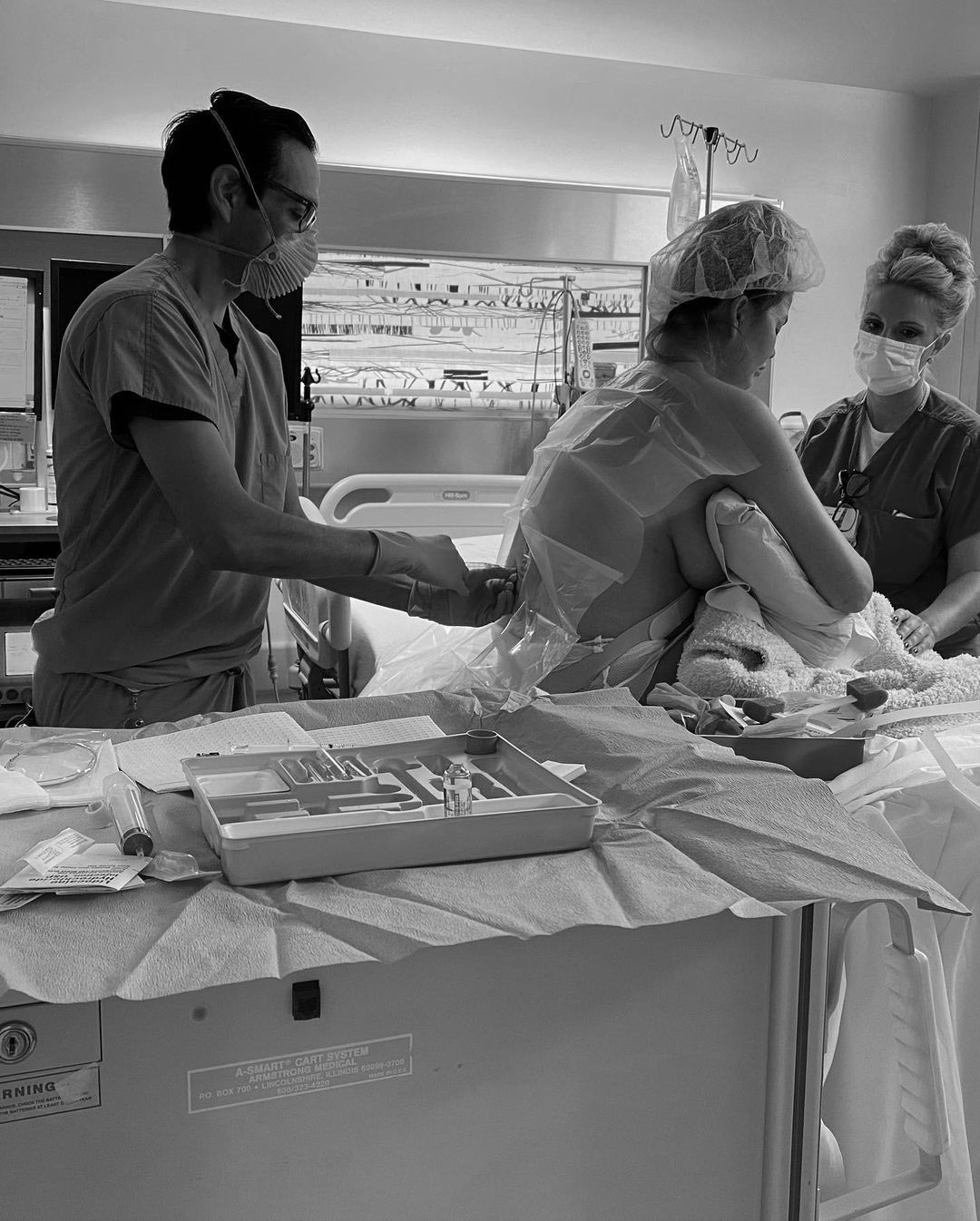 After delivering Jack, Teigen said she asked the nurse to show her his hands and feet so she could kiss “them over and over and over again. I have no idea when I stopped. It could have been 10 minutes or an hour.”

Legend and Teigen’s mum also said their private goodbyes, each holding Jack and her mum even sobbing through Thai prayer. It was a moment of despair for the family, but also a moment Teigen wanted captured on camera.

“Even as I write this now, I can feel the pain all over again,” she said. “Oxygen was placed over my nose and mouth, and that was the first picture you saw. Utter and complete sadness.” 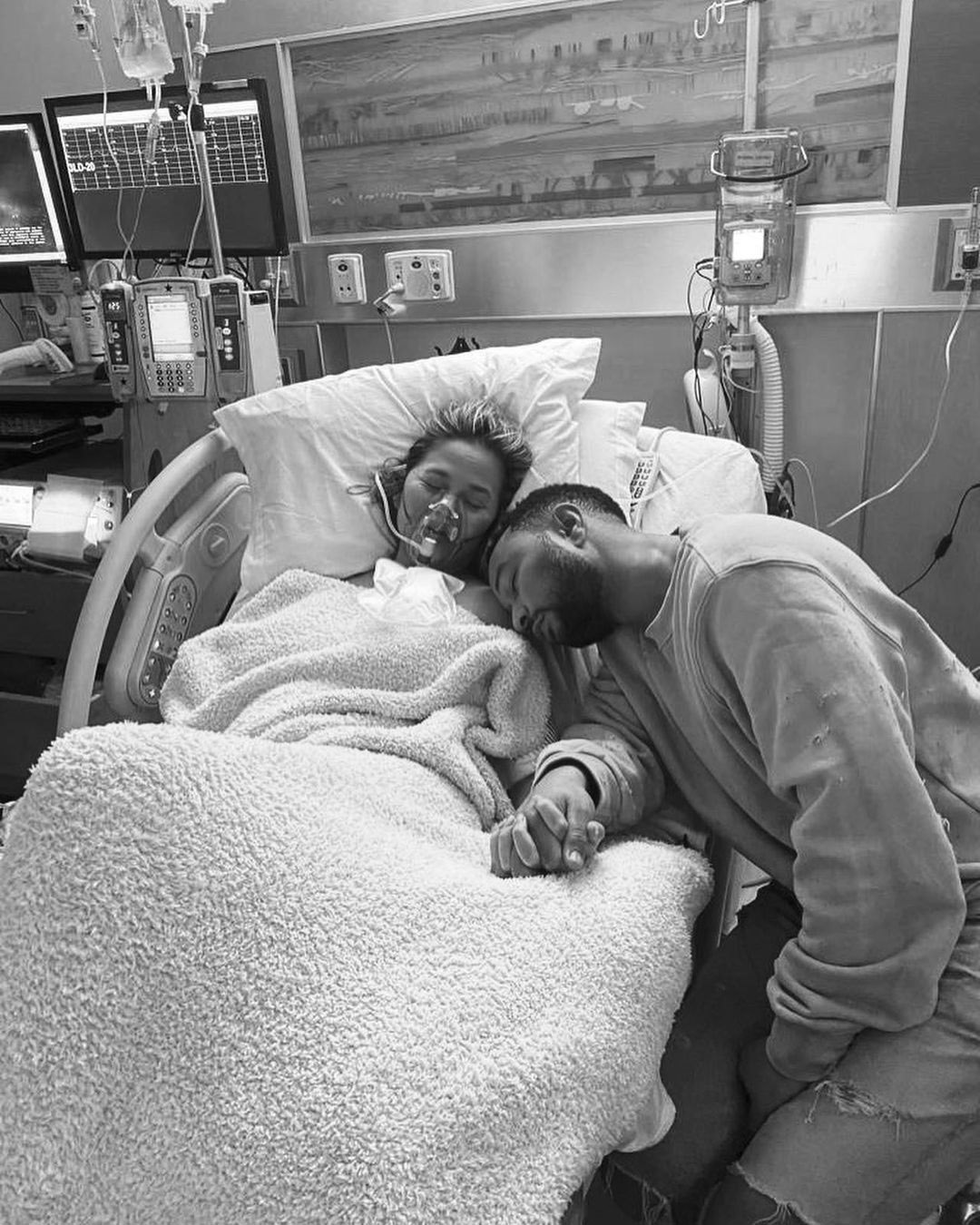 Teigen said it was her choice to share the images on social media, much to the objection of her husband, who did not understand her need to share.

“I had asked my mom and John to take pictures, no matter how uncomfortable it was,” she said. “I explained to a very hesitant John that I needed them, and that I did NOT want to have to ever ask. That he just had to do it. He hated it. I could tell. It didn’t make sense to him at the time. 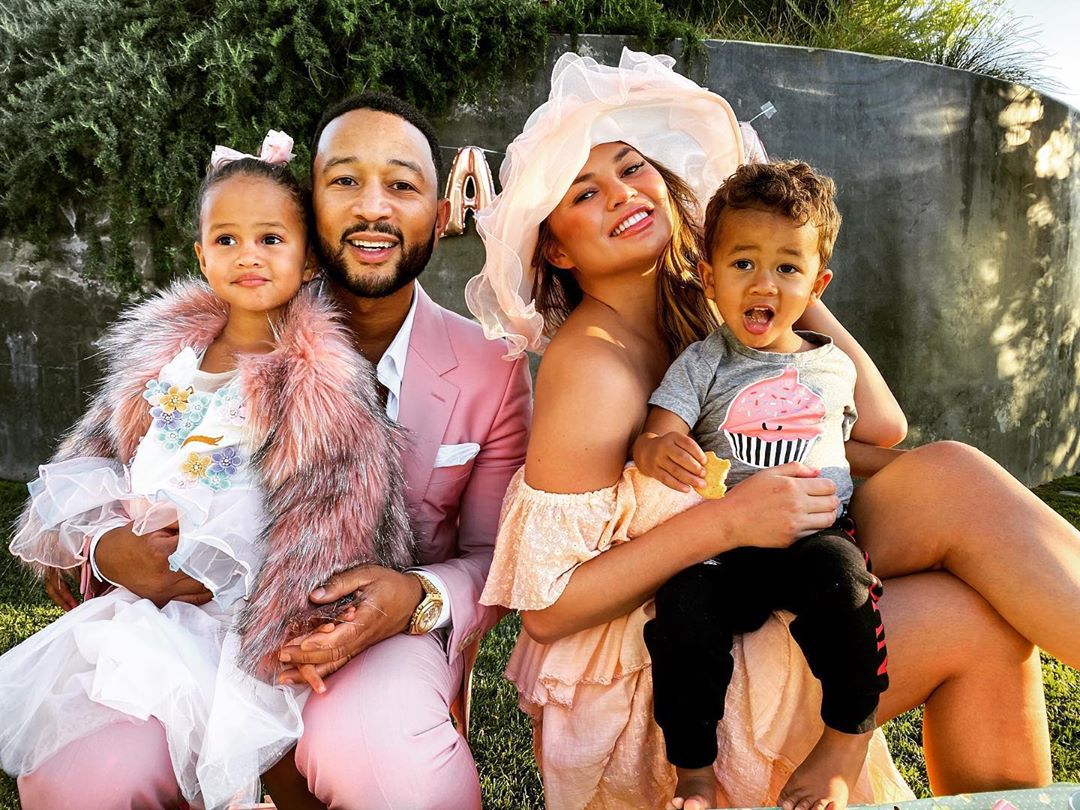 The model and cookbook mogul began and ended her touching essay by thanking family, friends and fans for sending their support and love. Despite her heartache, she concluded that she is still so incredibly blessed with her husband and children by her side.

“People say an experience like this creates a hole in your heart. A hole was certainly made, but it was filled with the love of something I loved so much. It doesn’t feel empty, this space. It feels full,” she wrote.

“Jack will always be loved, explained to our kids as existing in the wind and trees and the butterflies they see. Thank you so much to every single person who has had us in their thoughts or gone as far as to send us your love and stories. We are so incredibly lucky.”

Tue Oct 27 , 2020
Chrissy Teigen revealed why she chose to take photos at the hospital during her pregnancy loss in September in a heartfelt essay. Stars Who Are Honest About Their Fertility Struggles Read article The Cravings author, 34, wrote about her placenta problems, bleeding issues and eventual loss of her son, Jack, […]