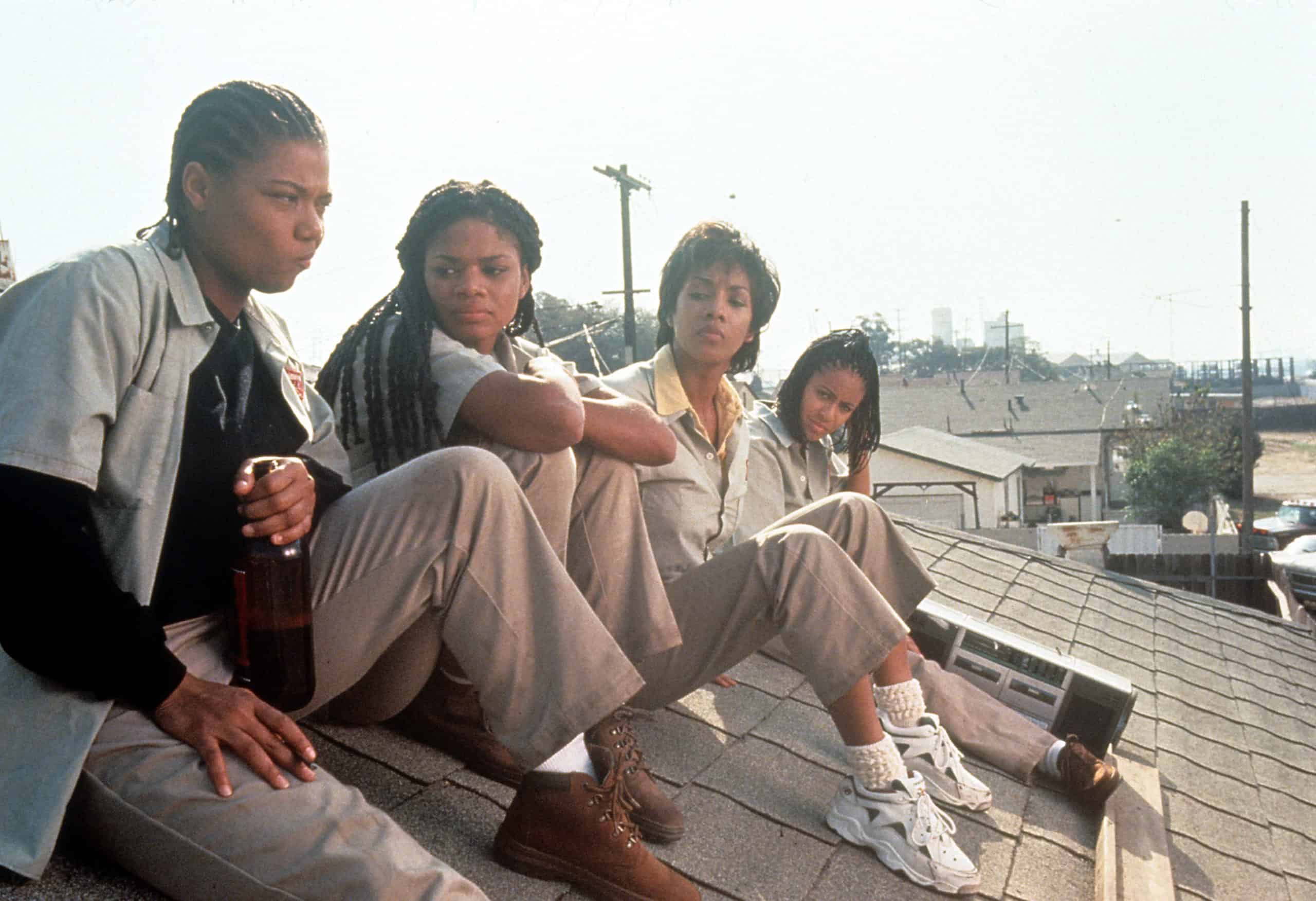 Roommates, 25 years ago today audiences were introduced to the lives of Stoney, Cleo, Frankie and TT when the iconic film “Set It Off” was in released in theaters. Showing a group of female friends who resort to criminal activity in order to make money, the film was an instant classic and a staple in Black culture.

Stars Jada Pinkett Smith, Queen Latifah, Vivica A. Fox and Kimberly Elise represented something that had rarely been seen in Hollywood’s films, a crime drama with an all-female Black cast. To celebrate its 25th anniversary, we took a little trip down memory lane with some of our favorite scenes.

During a previous interview, Vivica A. Fox spoke about a lot of the behind-the-scenes details of “Set It Off,” how certain lines were ad-libbed and more:

The scene on the roof was so much ad-libbing. I remember our butts hurt. I don’t know what the hell that roof was made out of, but wow, did it hurt. A lot of that scene was ad-libbing, like Jada’s telling Cleo, “You look like Sugar Bear.” That scene is so memorable to me. And then also the scene where I’m being interrogated.”

Since the film premiered 25 years ago there have been a handful of stage adaptations—but none have even come close to the legendary and powerful performances that make the original such an ultimate classic.

The post Classic Film ‘Set It Off’ Was Released In Theaters 25 Years Ago Today! appeared first on The Shade Room.

Sun Nov 7 , 2021
The cast of the Real Housewives Of Atlanta just got a lot more interesting. MTO News confirmed that Angela Simmons, daughter of Rev Run, will be joining the Bravo show. She and another new cast member have been “testing” with the show for weeks, and have finally been given the […]