Colin Jost has shown off his wedding ring in his segment on Saturday Night Live, one week after marrying Scarlett Johansson.

During SNL‘s ‘Weekend Update’, Jost, 38, debuted a gold wedding ring after he and Johansson, 35, tied the knot in an intimate ceremony last weekend. Jost’s co-host, Michael Che, briefly referenced their nuptials while discussing the unpredictable outcome of Tuesday’s presidential election.

“I don’t know what’s gonna happen with this election, the tension is just killing me,” Che said. “I don’t know what this world’s gonna be after Tuesday. I may never see you again, Colin. I mean, we might both get drafted in the race wars. It’s not fair, you just married Scarlett Johansson. And I just bought an electric bike, we’re both doing equally great.”

Jost and Johansson’s wedding was announced on Thursday by the Instagram account for Meals on Wheels America.

“We’re thrilled to break the news that Scarlett Johansson and Colin Jost were married over the weekend in an intimate ceremony with their immediate family and love ones, following COVID-19 safety precautions as directed by the CDC,” the post read. “Their wedding wish is to help make a difference for vulnerable older adults during this difficult time by supporting @mealsonwheelsamerica. Please consider donating to celebrate the happy couple by clicking the link in our bio.”

The couple got engaged in May 2019 after dating two years prior. The Avengers star debuted her engagement ring in July that same year while taking the stage at San Diego Comic-Con for her upcoming Black Widow prequel film. 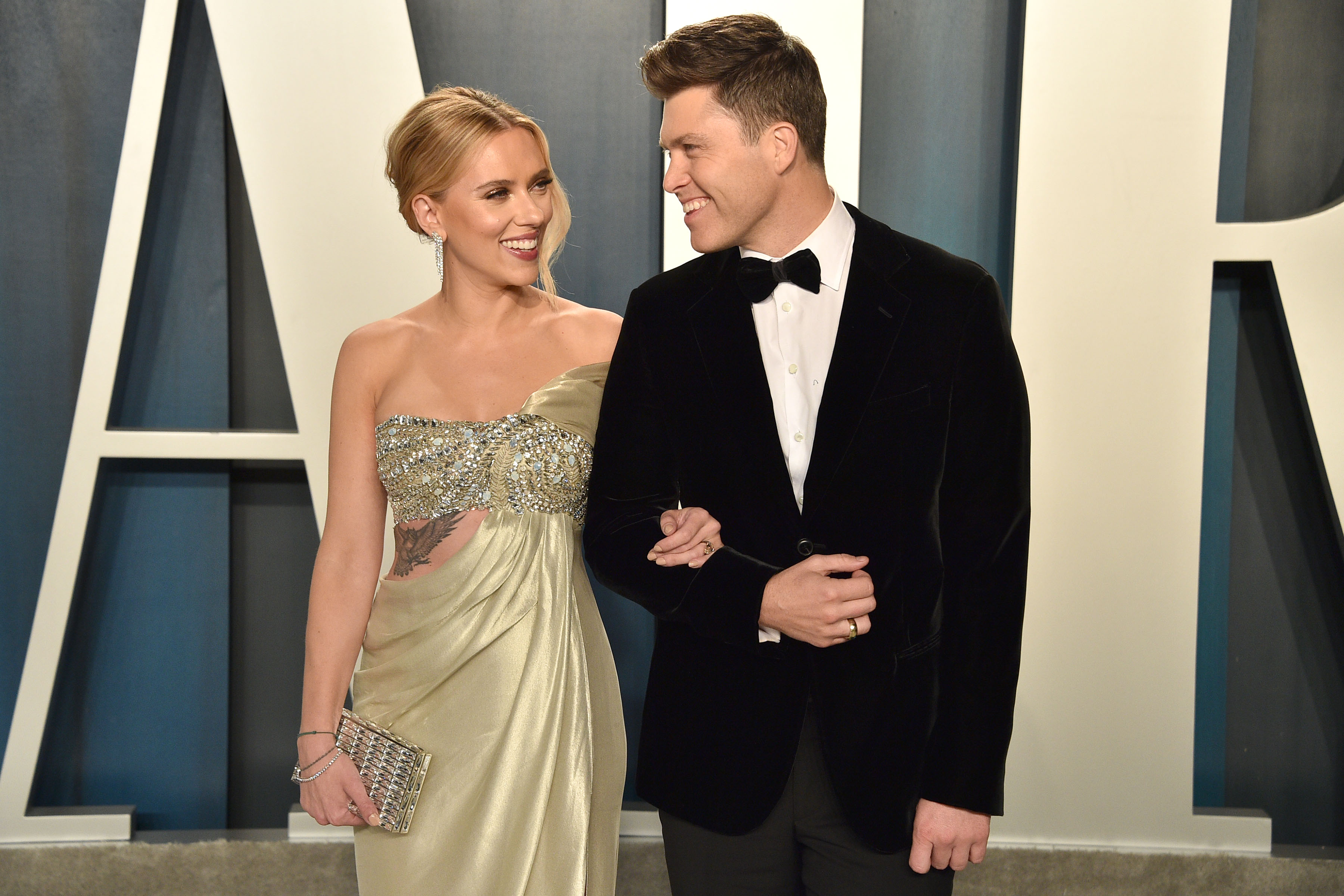 This is Jost’s first marriage, while Johansson has been married twice before. The two-time Oscar winner finalised her divorce from Romain Dauriac in March 2017, with whom she shares a daughter named Rose, four. She was also married to Deadpool star Ryan Reynolds from 2008 to 2011.