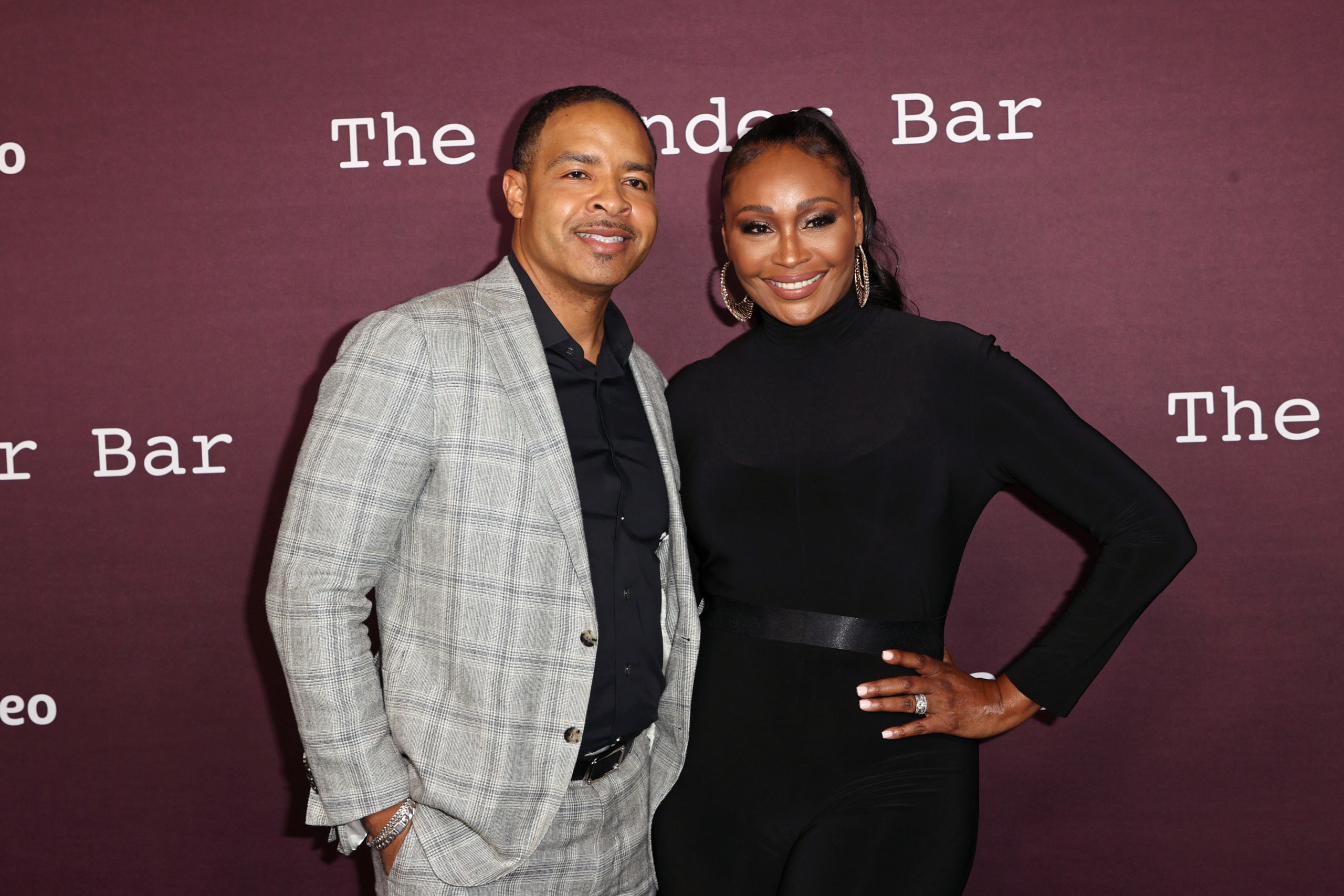 Cynthia Bailey and husband Mike Hill said “aht, aht” to recent allegations of cheating on Mike’s part. Media outlet TMZ recently caught up with the couple as they entered the Los Angeles International Airport. In a video interview, they flat out denied that talk.

A Twitter user sparked talks of infidelity in the couple’s marriage after publishing a screenshots of Snapchat messages allegedly sent by Mike.

“We’re great,” Cynthia responded when asked about the status of their relationship. “Rumors are rumors.”

In their thread, the accuser said Mike sent nude photos and videos to them. One of tweets was a side-by-side comparison of a male’s penis and a photo of Mike posted to his Instagram Story. According to The Daily Mail, the chair and clothing worn by Mike are the same in both photos.

The account user also shared screenshots of Mike’s Snapchat profile, including his username. A video allegedly shows Mike typing to the account holder on Snapchat. Not long after posting alleged receipts, the Twitter account was deleted.

At the airport, Cynthia called the rumors “very annoying.” Mike added that they’re “stupid” and “not true.” Although friendly to the photog, the couple did seem short with conversation and secure in their denial of the rumors.

Both of them also denied knowing any reason for someone to fabricate this narrative. However, Mike isn’t playing these games with folks on the internet. The sportscaster made it clear that he’s willing to take it there, meaning the legal route, should the chatter continue to thrive.

The ‘Real Housewives of Atlanta’ star and Mike recently celebrated their one year anniversary in October. More than 175 guests attended their wedding last year. The wedding itself stole the show after becoming a viral topic. Some folks were here for the Black love moment while others critiqued the decision to have such a large, indoor event due to Covid-19.

THE BOYZ’s ‘Maverick’ is a dark and dangerous, but not always dynamite, gear-shift

Thu Nov 4 , 2021
Only three months ago, THE BOYZ were serving us up a mini-album of playful, bright summer anthems in ‘Thrill-ing’. But now, as winter begins to creep into view, the 11-piece group are shifting gear. There’s little brightness to ‘Maverick’, their third single album – even the over-saturated flowers on the […]