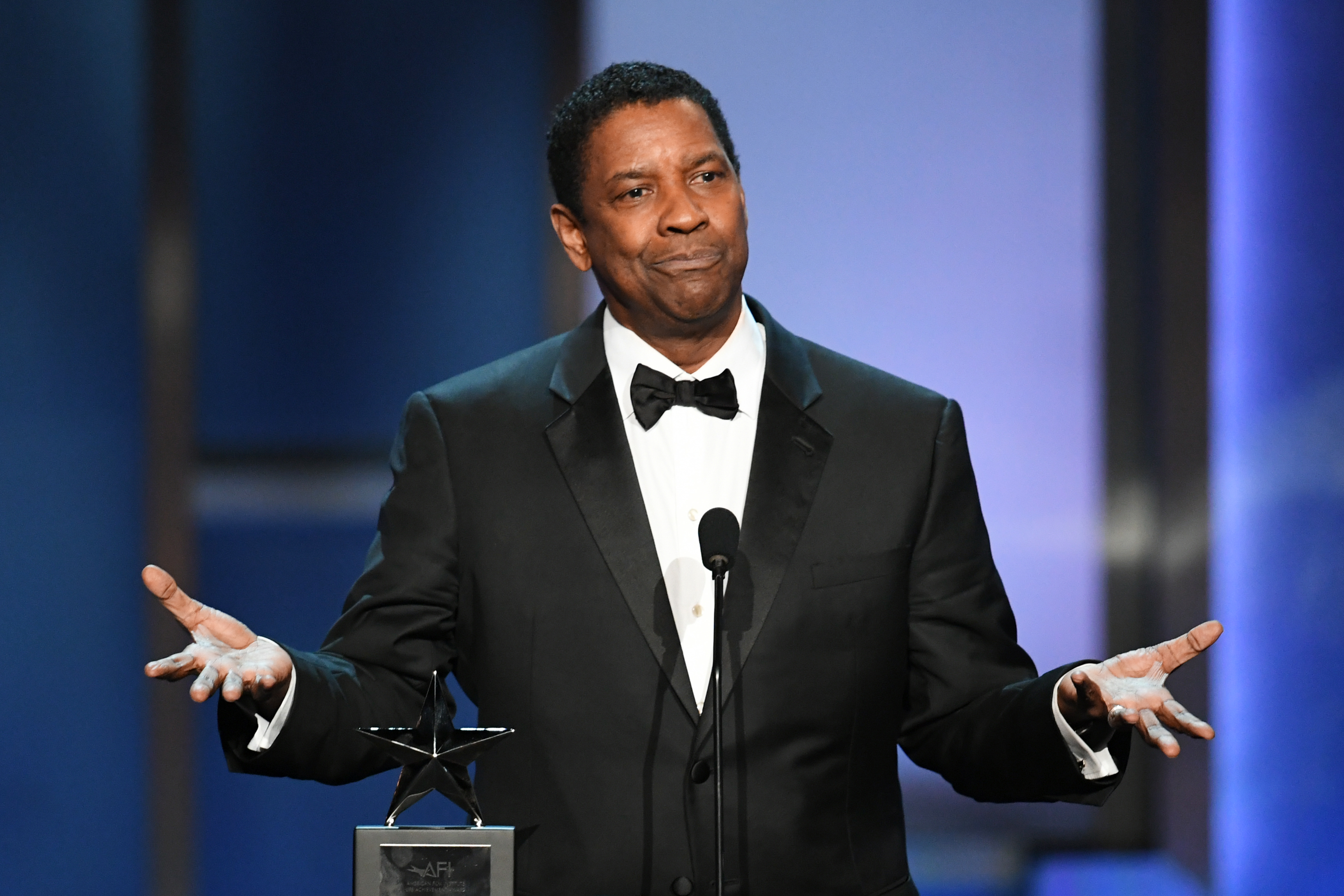 Damson Idris has been winning the hearts of the ladies on screen and all over the internet. Not only has he been impressing the masses with his looks, but his acting skills have people comparing him to one of the greatest male actors of our time–Denzel Washington.

Damson recently did a bomb impression of Denzel on Instagram, but the the legend himself must’ve missed the post because he recently admitted that he isn’t familiar with Damson’s work.

A reporter recently stopped Denzel on the carpet at the ‘A Journal For Jordan’ premiere, and inquired about his thoughts on Damson’s career after he auditioned for the part of Denzel’s son in ‘Fences’, but he couldn’t comment because he doesn’t know who the young actor is.

“Damson is constantly compared to you and went viral last week for impersonating you. How do you feel about that? Do you feel like he’s one of the leaders in this new black renaissance in TV and film?,” the interviewer asked.

“Who are you talking about? I don’t even know who that is,” Denzel replied. “No disrespect Damson.”

Well, it looks like Denzel has some homework to do because Damson has definitely been doing his thing! His star role as Franklin in ‘Snowfall’ won the hearts of Americans, and scored him 5 seasons on the show.

The post Denzel Washington Admits He Doesn’t Know Who Damson Idris Is In New Interview appeared first on The Shade Room.

Sun Dec 12 , 2021
A shocking image is going around Twitter, which people are saying is of the rapper Meek Mill.. In the image, the man – who definitely resembles Meek – is seen laying on the bed with his legs spread in the air. People are saying that Meek appears to be “bussing […]