For actress Eiza González, being able to play a Mexican-American woman on screen is a major drawcard in the projects she chooses, declaring she’s “a proud immigrant”.

In her latest film, Spirit Untamed, González’s heritage is not only central to the plot, it’s a celebration of two languages coming together to tell the story of a wild horse who befriends a feisty teenage girl born to Mexican and American parents.

“I always gravitate towards projects that allow me to tell a little bit about my culture in such an uplifting way,” González tells 9Honey Celebrity.

“This story is all about embracing who you are and I’m so proud to be a Mexican woman, I’m a proud immigrant it’s something I’ve always felt that has defined me.”

The Mexican-born actress was recently named among Hollywood’s highest-grossing stars, the only woman to make the top five behind Samuel L. Jackson, Tom Holland, Liam Neeson and Will Smith, in a list compiled by The Numbers.

Reacting to the news on social media, González said she remembered a time in her early career being told she wasn’t “leading lady” material due to her ethnicity. 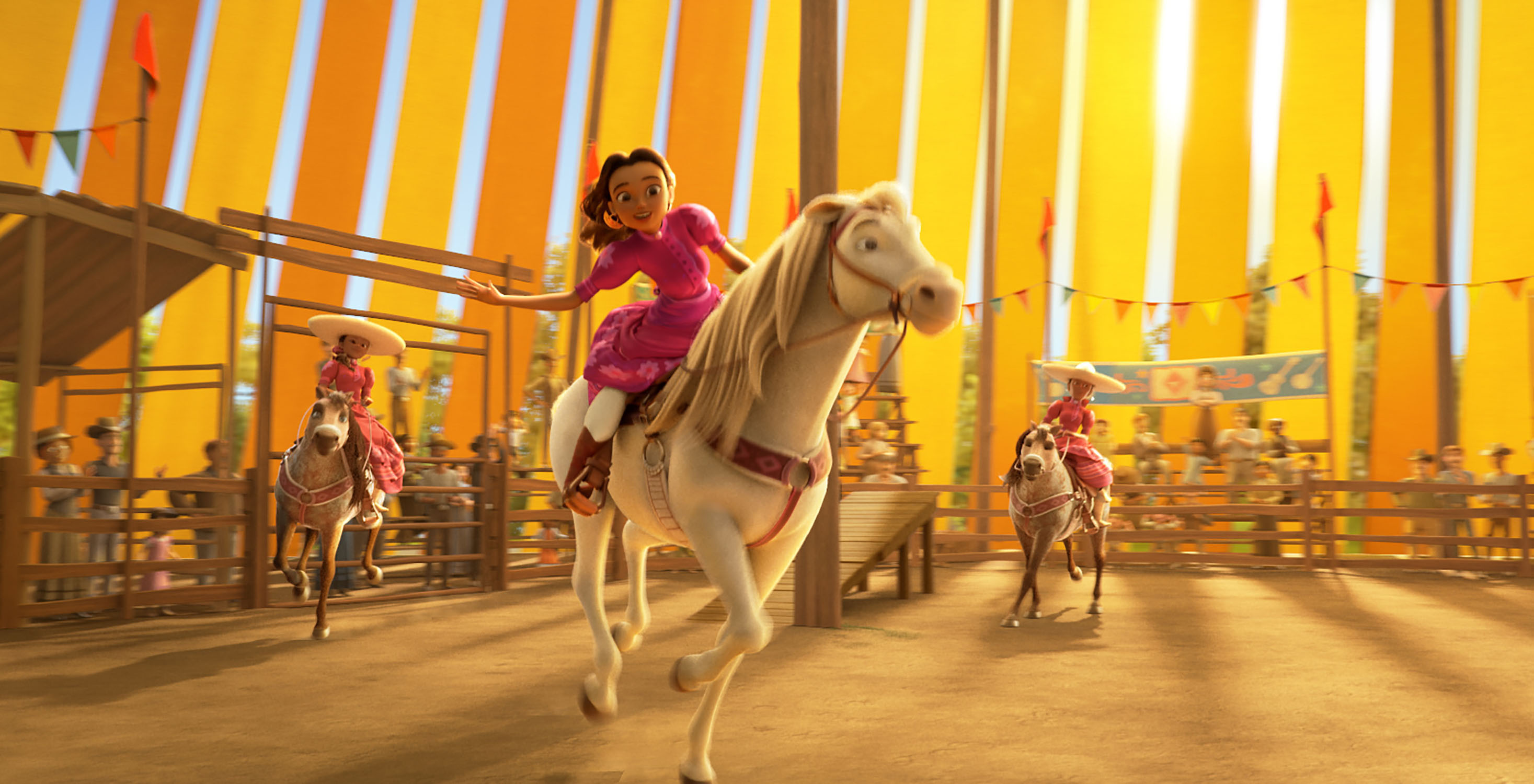 González is one of Hollywood’s most in-demand stars following performances in Baby Driver, Godzilla vs. Kong and Netflix’s dark comedy I Care A Lot. She’s just been cast in Wolf Country.

Spirit Untamed is the next chapter in the beloved story from DreamWorks Animation, a franchise that began in 2002 the Oscar-nominated Spirit: Stallion of the Cimarron followed by the Emmy-winning TV series.

González plays Milagro Navarro, a fearless horse-riding stunt performer a small town on the edge of the wide-open frontier.

The film reinforces the importance of embracing who you are and learning about where you came from, something González says she’s happy audiences around the world will experience and hopefully relate with.

Her character is the mother of Lucky Prescott, played by Isabela Merced – of Instant Family and Dora and the Lost City of Gold fame.

After a family tragedy, Lucky’s journey to find her true self begins, gaining a deeper understanding about her Mexican heritage and her mother along the way.

González and Merced not only voice their characters but perform the movie’s title song, in both Spanish and English. 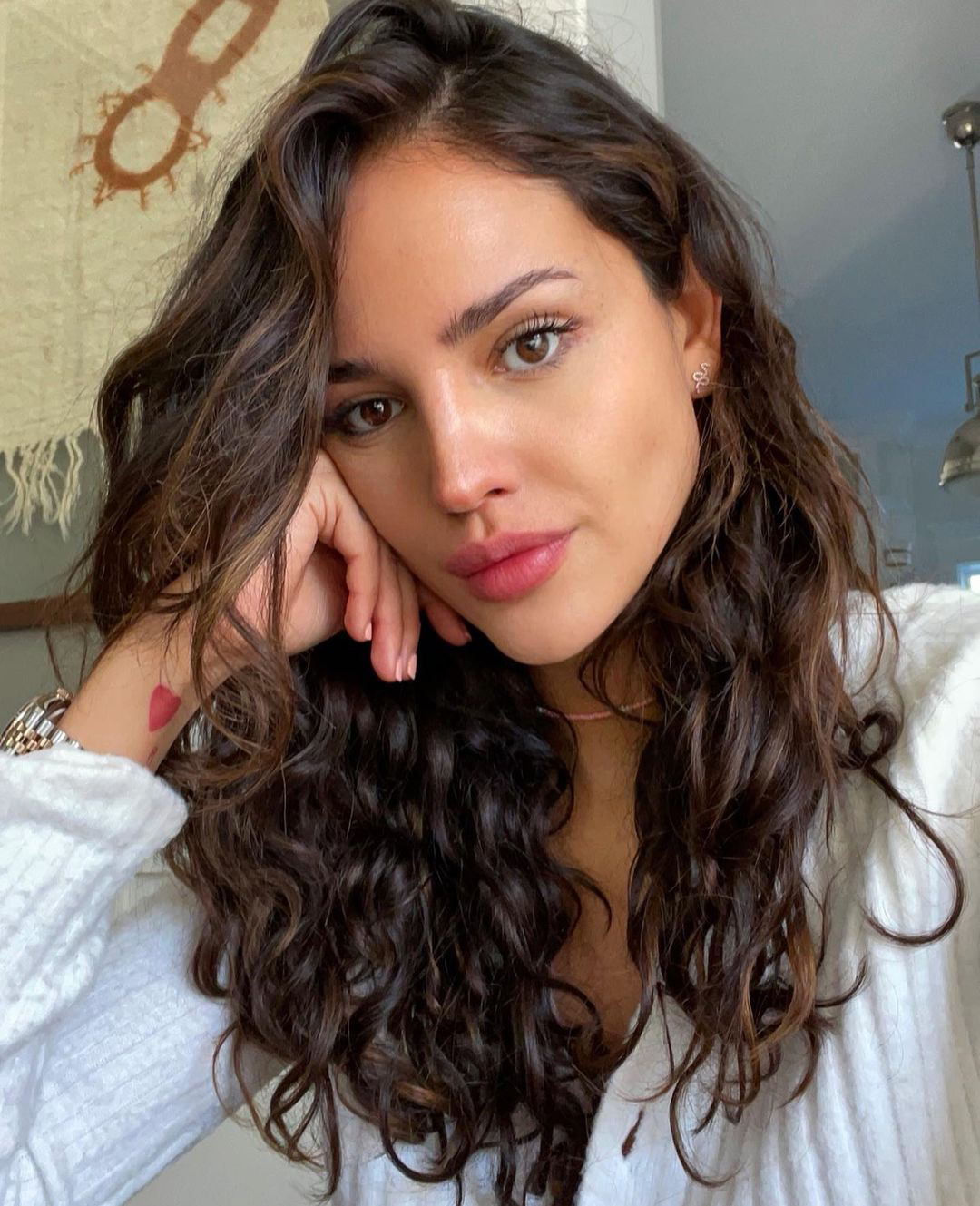 The 31-year-old started her career as a pop star in Mexico, while Merced – who is of American and Peruvian descent – has already had a successful musical career despite being just 19.

“I was so happy that I was able to reintroduce music to my career,” González says.

Merced tells 9Honey: “I was just more nervous about how do you mesh these voices perfectly and make it sound like we were together in the same room when we’re not and actually”. 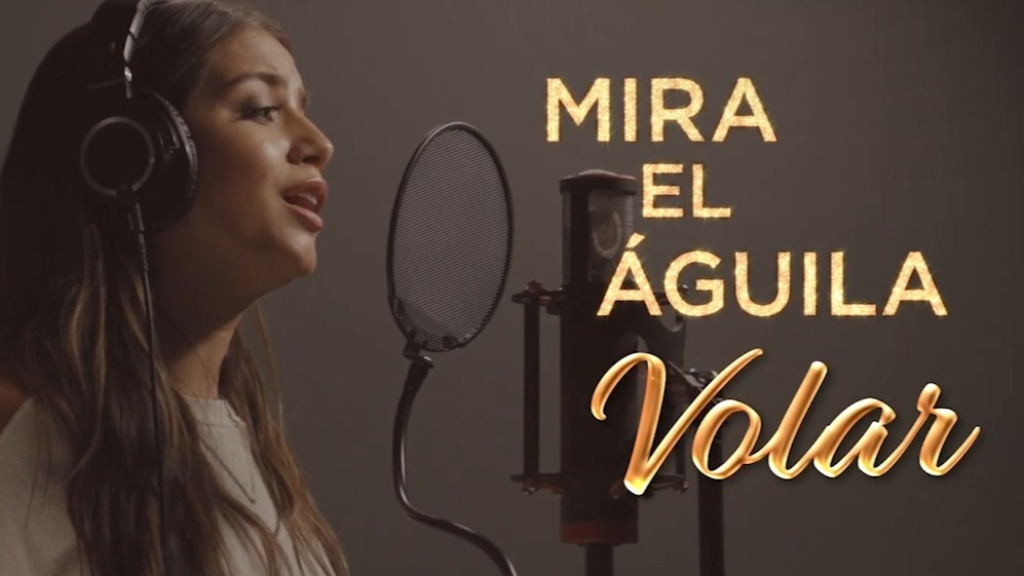 The song and the movie were recorded during coronavirus pandemic lockdowns, meaning the cast didn’t meet each other until production wrapped.

“It’s a song that talks about courage and faith and hope, hope for the future and really being fearless and pursuing your dreams,” González says of the song, which has a bi-lingual title, ‘Fearless (Valiente)’.

“I write a lot of my songs in English and Spanish, I like how it sounds,” Merced says. The movie, she adds, taught her “a lot of valuable life lessons”.

“I think that’s part of growing up is you realise your own full power and then you embrace it and you do your own thing in this world.”

Although González character is only physically present for a short time in the film, her memory is definitely felt throughout.

And she drew on her own relationship with her mum, who lives in Mexico while González is based in Los Angeles.

“[The film] was like my little love letter to her,” González explains.

“I grew up going into her closet and wearing her clothes thinking when I grow up, I want to be like my mother and here I am, playing a mother 31 years later.”

Merced says the character of the wild horse, Spirit, reminded her of her “best friend” rescue dog Pluto, who she found while in Australia filming Dora. 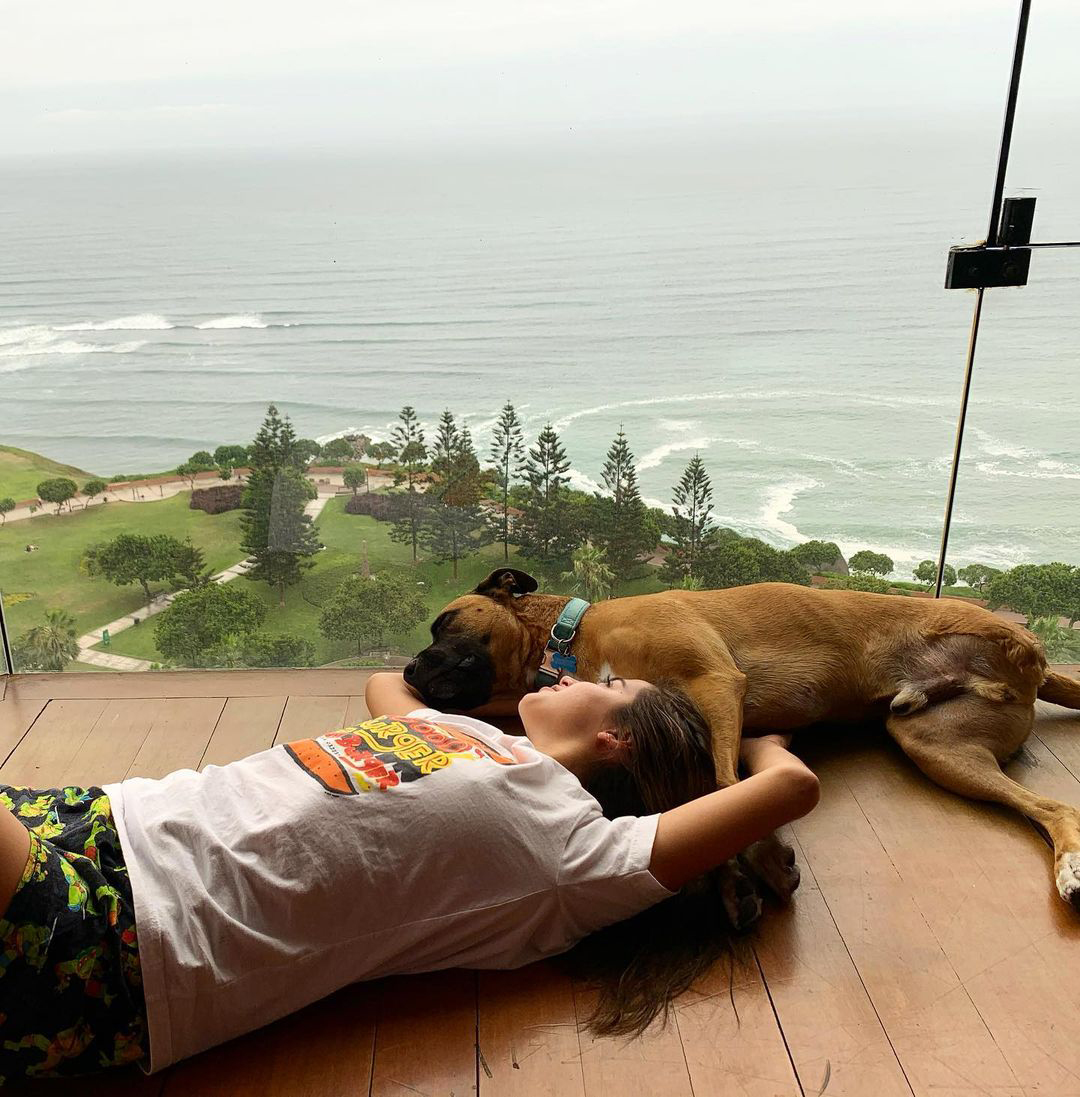 “I didn’t really believe in a connection at first sight or those kind of things cause I’ve never experienced it with anyone, a human, let alone an animal,” Merced says.

“When I met my dog, it was in Australia… and I was like, no, this is crazy, I’m in Australia and I’m not going to bring a dog back from Australia.”

But that’s exactly what she did after flying home to the US, later returning to find he had been discounted and still “nobody wanted him”. 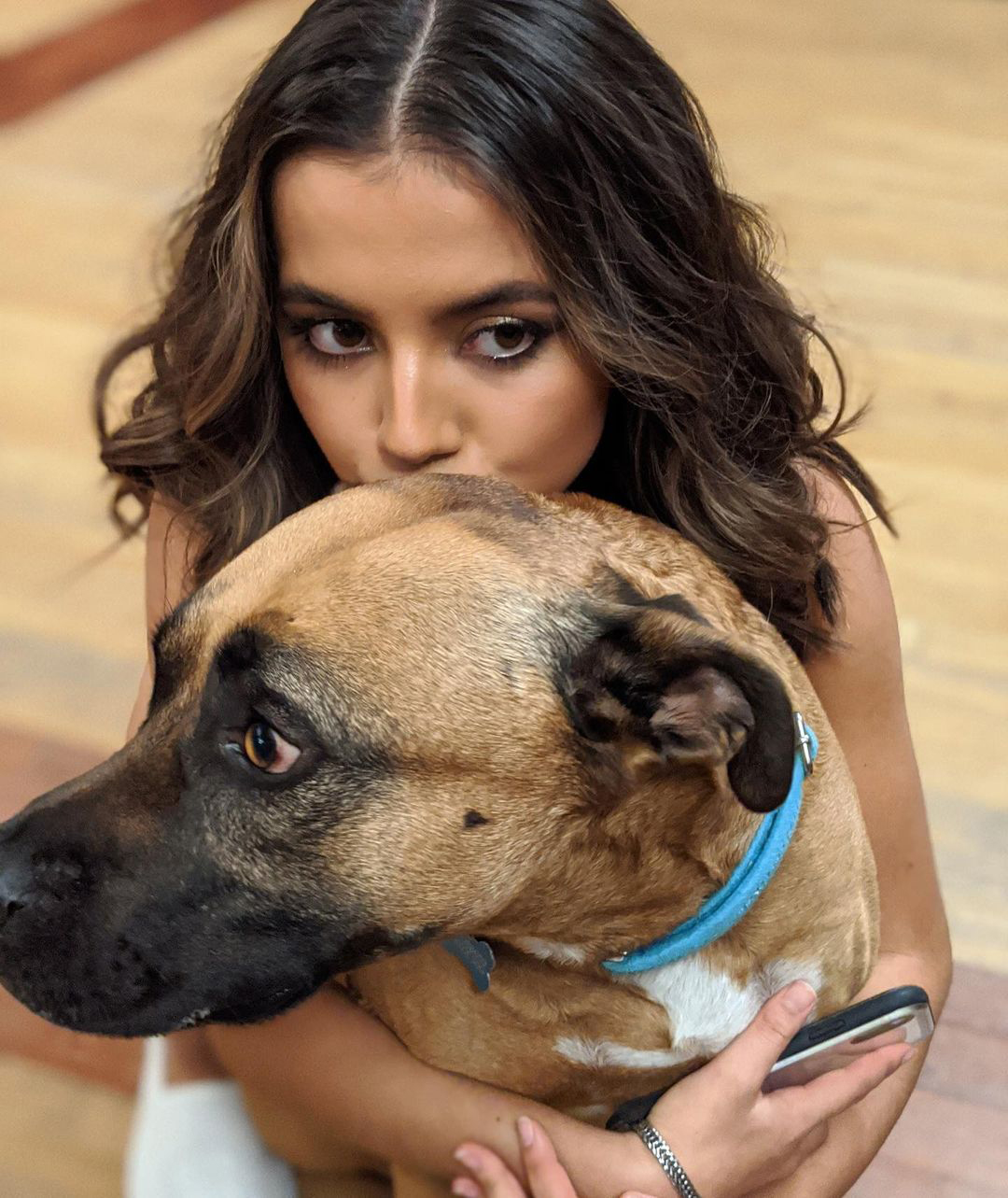 To convince audiences of the special bond between human and animal, director Elaine Bogan took her crew on a day out to the Los Angeles Equestrian Centre.

“One of our biggest challenges is helping the audience come along on an adventure with a main character that doesn’t speak,” Bogan tells 9Honey.

Horses are known for being one of the most difficult animals to draw and animate and Bogan wanted the animators to experience the animals’ demeanours, body languages and movements in real life.

“I wanted to show them so that they could then take that life experience and infuse it into their work on the show,” she explains. “There was a lot of dirt, there was a lot of horse hair, but I think everyone had a lot of fun and really took a lot away from that that we were able to use in the making of.

“It made my first directing experience a little unique.”

Spirit Untamed is out now in cinemas.

Tue Jun 8 , 2021
Us Weekly has affiliate partnerships so we may receive compensation for some links to products and services. There are just so many factors that go into feeling confident in a swimsuit. Is there enough coverage and support on top? How cheeky are the bottoms? Is the design flattering? Does it […]