Country and R&B stars Eric Church and Jazmine Sullivan teamed up Sunday for one of the more unusual wrinkles in Super Bowl national anthem history, and something Francis Scott Key probably scarcely imagined: a duet.

That didn’t turn out to be the only extraordinary thing about their rendition: it was certainly one of the few significant syncopated versions of ‘The Star Spangled Banner’ in TV history, with Church gently strumming the song on his electric guitar with light, funky accents on the 2s and the 4s, before Sullivan took it into an entirely more soulful realm.

How their extremely different voices would meld was a subject of suspense — even to the stars themselves, possibly, as Church recently admitted he hadn’t met Sullivan yet, weeks after being announced as her duet partner. But her presence saved him the need to soar into a high range he doesn’t have. After he sang the first few lines alone, Sullivan essentially took over, with Church staying in his comfortable lower range as a harmony vocalist — even when the song further took off with a key change nearing the climax.

However the game turns out, one win was already on the boards.

Make that two: Their duet was immediately preceded by a rendering of the song that is often unofficially considered the other national anthem, ‘America the Beautiful,’ sung by the R&B star H.E.R., who was clearly up to that task, too. 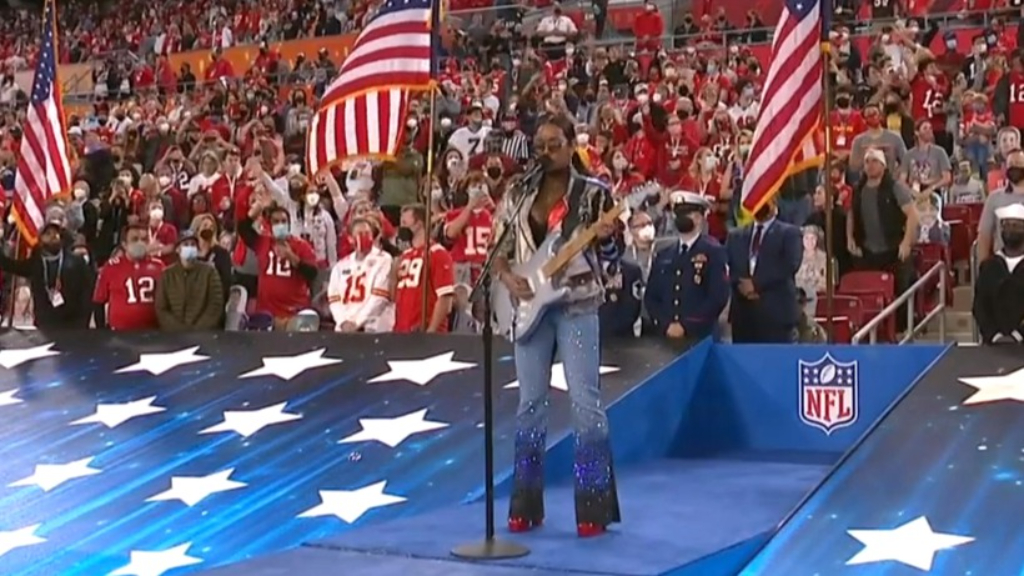 Fascinatingly, both performances were driven by a solo electric guitar — surely a tandem first in NFL history (or maybe at all). But whereas the national anthem had Church content with rhythm guitar, H.E.R. added a shredding guitar solo to her ‘America the Beautiful’… while still keeping things more reverently melodic than Jimi Hendrix’s famously licentious way with ‘The Star-Spangled Banner.’

Church had admitted to hesitance after taking on the job of the anthem. 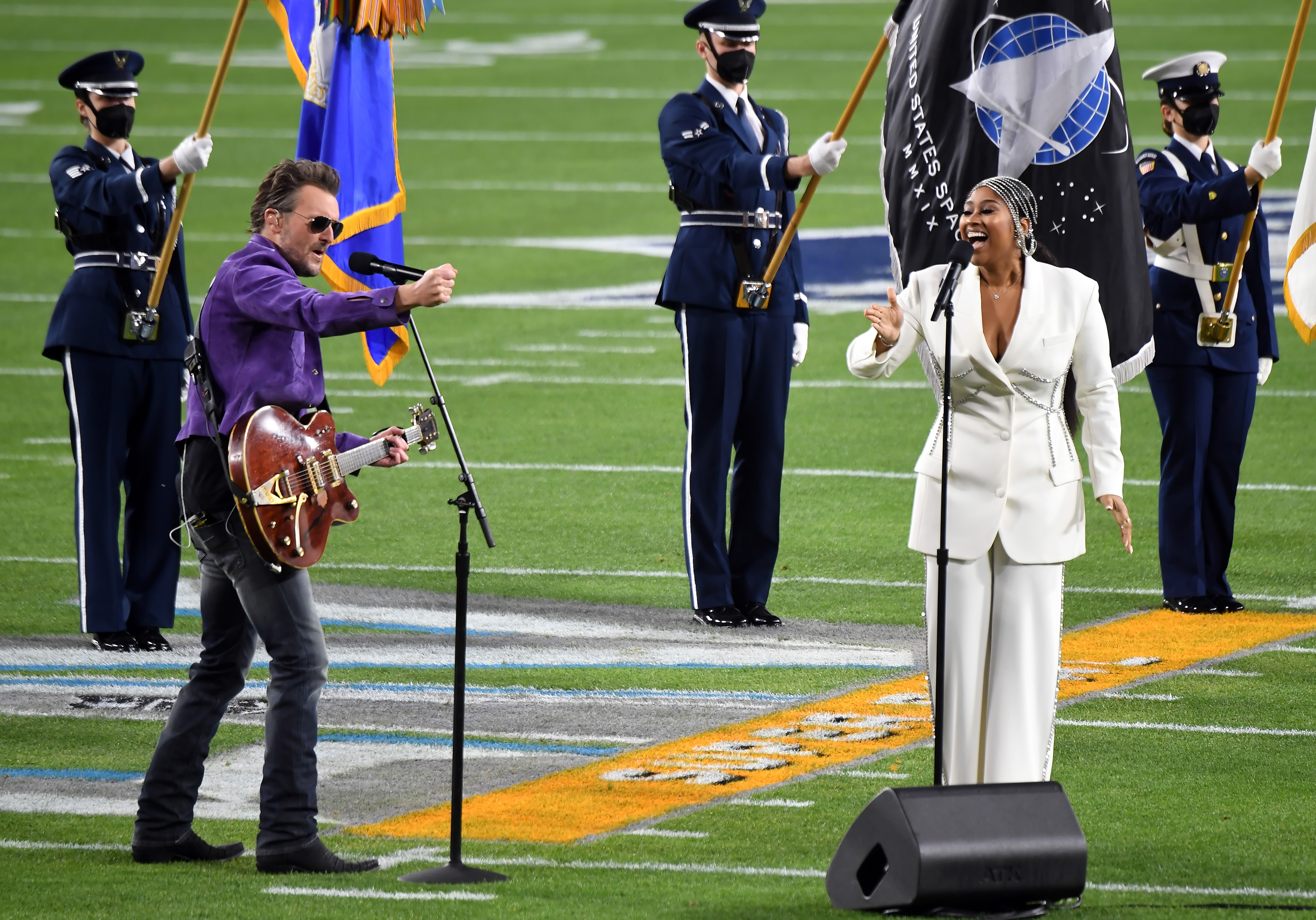 “I’ve avoided it forever,” Church told the Los Angeles Times in the lead-up to the event. “It’s an incredibly hard song to sing. And I’m not a vocalist — I’m a stylist. Somebody like me, you take some liberties with it, then you’ve gotten too far away from the melody and suddenly you’re a communist. Honestly, there’s just more to lose than to gain.”

In the end, he and Sullivan appeared to have found a way to freshen up the anthem without going so off-course as to court any commie accusations.

The pre-telecast also featured Alicia Keys singing the Black anthem ‘Lift Every Voice,’ but that taped performance, filmed at the L.A. Coliseum, had been widely seen since it premiered in conjunction with another NFL game four months ago. Church is set to release three new albums — individually titled ‘Heart,” “&” and “Soul’ — in April. His newest single, ‘Hell of a View,’ just entered the top 20 on the Mediabase country chart.

Sullivan released her first album since 2015, Heaux Tales, in January; it debuted at No. 4 on the album chart.

H.E.R. is about to be represented on screens with Fight for You, her closing theme for Judas and the Black Messiah, which is being touted as an Oscar contender. She currently has five nominations for the upcoming Grammy Awards, for her songs ‘I Can’t Breathe’ and ‘Better Than I Imagined.’