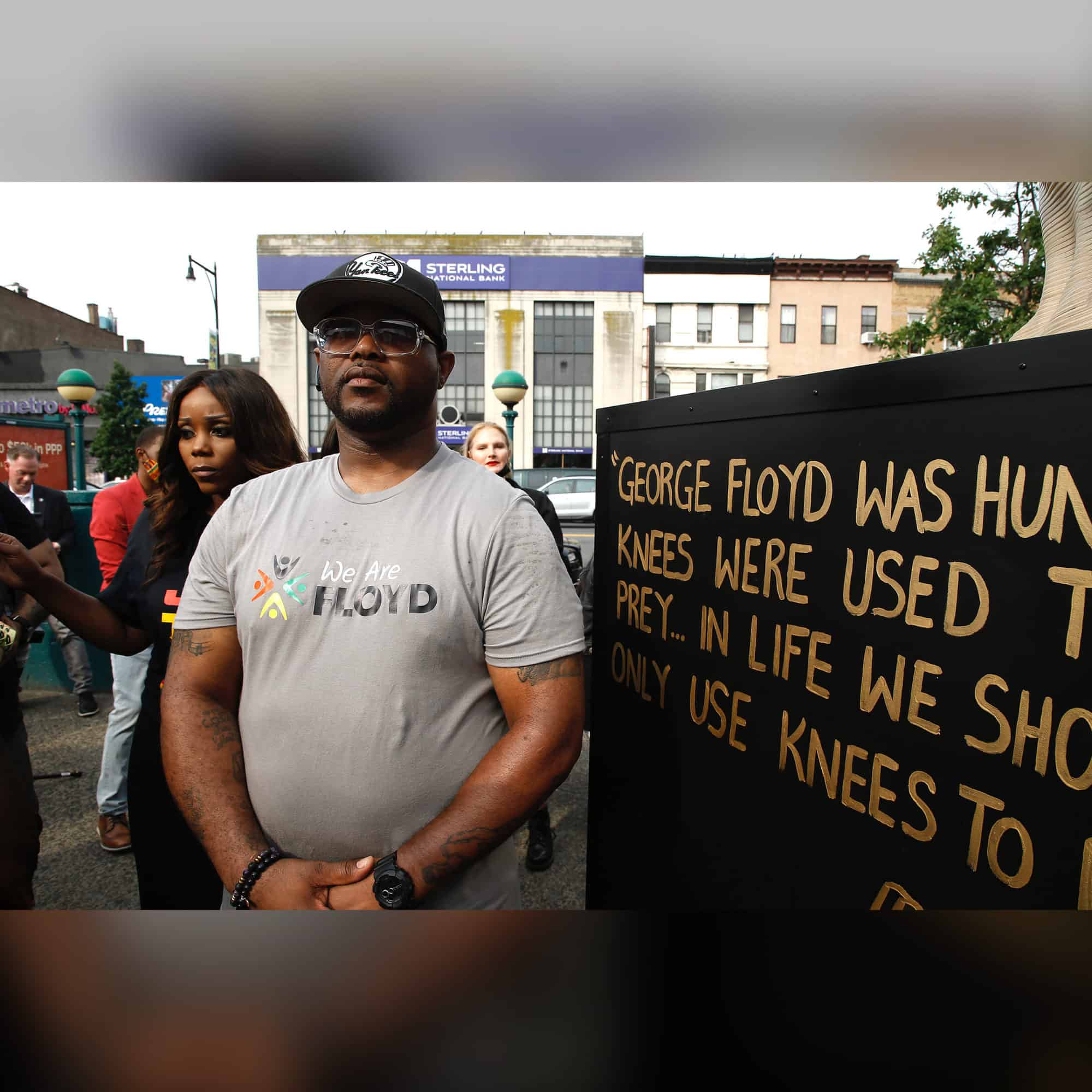 Roommates, the NYPD aren’t the only ones who are wanting to speak to the person in question of defacing George Floyd’s statue in Union Square yesterday. One of George’s brothers also wants to have a conversation with the individual in question. In hopes to gain understanding of why the horrible actions took place.

Terrence Floyd says he wants to speak to the suspect to leave the hate behind, heal, and move forward. According to TMZ, Terrence said seeing his brother’s statue vandalized tells him there are still people out there with hate in their hearts, and it’s holding back society. To be clear, Terrence does want the suspect to face the consequences for throwing grey paint on the statue, but he wants a chance to sit down with the suspect and hash things out.

After news broke of George’s statue being defaced, Terrence advised TMZ that his We Are Floyd nonprofit team did some reflecting on why the incident took place, to begin with, after the statue was unveiled over the weekend. Confront Art presented George’s statue along with Breonna Taylor and John Lewis. This organization connects artists to social justice causes to create displays of art, the “See In Justice” exhibition.

For Terrence, it appears that if he can express himself to Derek Chauvin, the man responsible for George’s death, he can have a conversation with the suspect. He spoke during the trial where Derek was found guilty and sentenced to 22.5 years for his actions. At the time, he spoke to the Independent and said that while he felt disgusted, sitting feet away from Derek, he had no desire to harm the former police officer.

Roomies, we will keep you updated as more info becomes available.

The post George Floyd’s Brother Says He’s Open To Meeting With The Person Responsible For Defacing His Brother’s Statue appeared first on The Shade Room.

Tue Oct 5 , 2021
Veteran recording artiste Richie Stephens has been accused of raping a Chinese woman who was on tour with him, MTO News has learned. The woman, Elaine Lim, made a statement on social media where she described what happened. Richie in response has denied the sexual-abuse accusations made by the Chinese […]