The 2021 Annual Globes Globes on Sunday may look a little different this year, but they still got people talking on social media.

For the fourth time, Tina Fey and Amy Poehler will be hosting the event, but they won’t be gracing the stage together, as Tina broadcasts remotely from a venue in New York and Amy from Los Angeles.

As for the audience, it was made up of “smoking hot first responders and essential workers.”

Garnering the most love on the film side were movies like “The Trial of the Chicago 7” and “Borat Subsequent Moviefilm” — which both earned Sacha Baron Cohen nominations — as well as “Promising Young Woman,” “Mank” and “The Father.” Chadwick Boseman earned a posthumous nod for his work in “Ma Rainey’s Black Bottom,” while Regina King scored a directing nomination for “One Night In Miami.”

On the TV side, “The Crown” continued its reign as an awards darling — picking up a Best Drama nod, as well as noms for stars like Olivia Colman, Emma Corrin (Princess Diana) and Josh O’Connor (Prince Charles). “Ozark” and its stars got a lot of love as well, as did “Schitt’s Creek” — which has never been a contender at the Golden Globes until now, the show’s final season.

The opening monologue addressed the HFPA’s lack of Black members, which became a controversy on social media leading up to the show.

The show kicked off with Fey and Poehler appearing “on stage” next to each other, from across the country. Fey was at the Rainbow Room in NYC, “where indoor dining and outdoor mugging are back,” while Poehler joked she was “here at the District 7 New Angeles and this is the 78th Annual Hunger Games.”

After joking about technical glitches sure to come, they made a crack about this year’s nominees, calling them, “Parts of a Lady,” “Irish Goodnight,” “Ali G Goes to Chicago” and “all the fantastic TV shows you binge-watched this year: The American ‘Office,’ old Columbos,’ very one-sided news programs” and more. They also took aim at some of the usual attendees, including Quentin Tarantino — who’s usually “crawling under the tables, touching people’s feet.”

Golden Globes hosts Amy Poehler and Tina Fey criticize the HFPA for overlooking black led projects and for the lack of diversity within the association #GoldenGlobes pic.twitter.com/zgpNcr9w71

They also addressed the controversy surrounding the HFPA, saying they’re “around 90, international, no-Black journalists who attend movie junkets each year in search of a better life. We say around 90 because a couple of them might be ghosts and the German member is a sausage that somebody drew a little face on.”

Talking more about the HFPA’s odd choices, they added, “a lot of flashy garbage got nominated but that’s like their thing and a number of Black actors and Black-led projects were overlooked.” They continued, “Inclusivity is important and there are no Black members of the foreign press. Maybe you didn’t get the memo because your workplace is the back booth of a French McDonald’s, but you gotta change that.”

Thank you Amy Poehler and Tina Fey for bringing the lack of representation in the HFPA to light. Real change must come #GoldenGlobes

Of the most savage burns about the nominees, Fey joked, “French Exit is what I did after watching the first episode of Emily in Paris,” before the camera cut to star Lily Collins, who laughed — and Fey calling Sia’s “Music” a “flop-a-rooney,” “real problematic” and “the most offensive casting since Kate Hudson was the Weight Watchers spokesperson.”

They didn’t cut to Hudson for that one.

Right off the bat, there were some technical glitches as winners accepted their awards from home.

Accepting his award for Best Supporting Actor in a Motion Picture for his work in “Judas and the Black Messiah,” star Daniel Kaluuya’s mic wasn’t working. Instead, we heard someone, possibly in the control booth, say “I wish I could hear.”

While presenter Laura Dern was ready to accept it on his behalf, he finally got up and running and started shouting, “You did me dirty, am I on, am I on, is this on? Can you hear me now?”

He then thanked the HFPA, friends, family and supporters. He and John Boyega were the first two to win — something which wasn’t lost on viewers watching at home, as many noted that there were more winners in one night than Black members of the HFPA.

By having the nominees attend from home, there was a lot of unorthodox fashion for this year’s event — but none moreso than Bill Murray’s.

He popped up as Dern read the Best Supporting Actor in a Motion Picture nominees and gave Kaluuya a cheers of his martini when he won. His Hawaiian shirt, however, really stole the show as he participated in the event from his Los Angeles home.

Bill Murray with his martini is a whole mood pic.twitter.com/gkrnKbdliZ

Bill Murray and his martini is the definition of happiness #GoldenGlobes pic.twitter.com/fViyIrgUv7

Bill Murray is the most Bill Murray here. #GoldenGlobes pic.twitter.com/lkOsYLkzKR 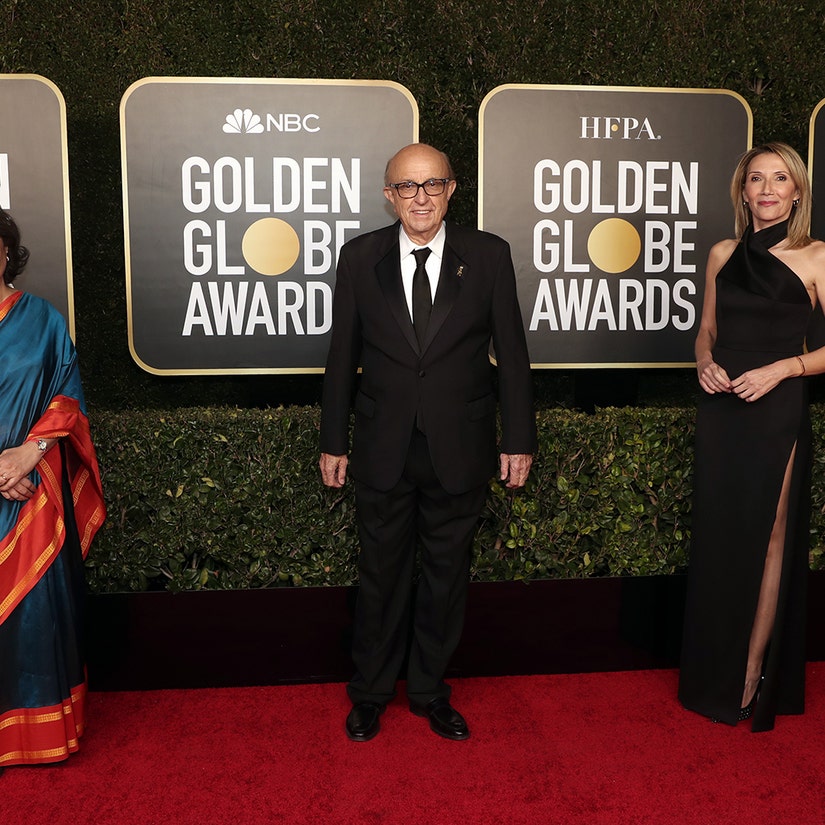 After the first few awards, a few members of the Hollywood Foreign Press Association came out and promised to do better going forward.

“We look forward to a more inclusive future,” they added.

We’ll see next year if they followed through on this promise.

Colin Farrell and His Eyebrows 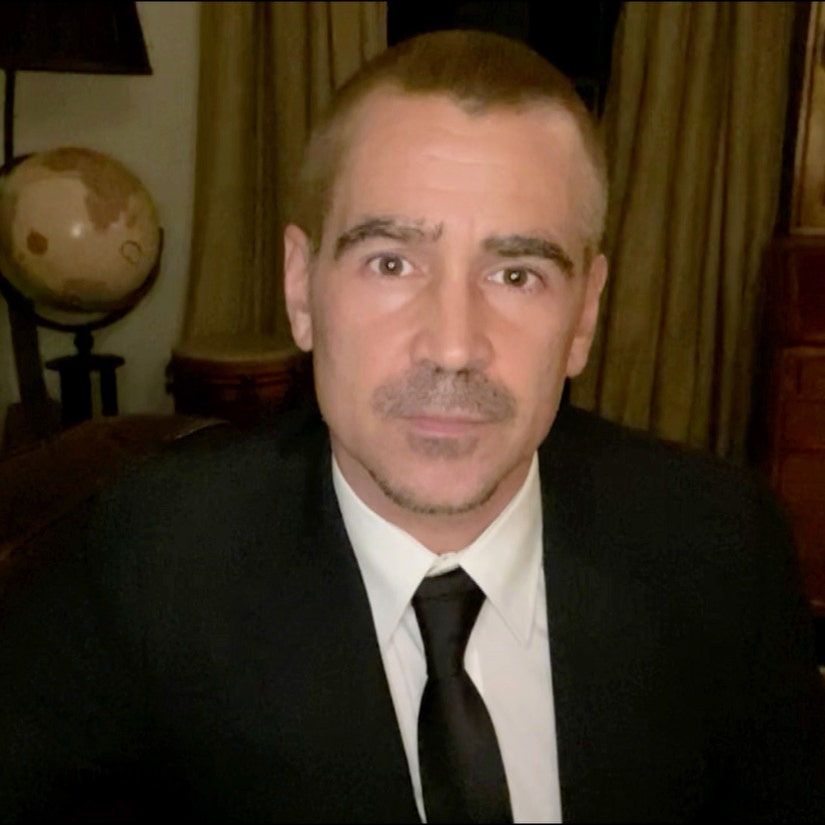 There was a lot of talk about Colin Farrell on social media, thanks to — but not limited to — his Zoom setup, intensity, overall hotness and, yes, his eyebrows.

colin farrell needs an emmy nomination for that

I know they say eyebrows should be sisters not twins, but Colin Farrell's eyebrows are like the well-adjusted professional sister and the methy sister named Tango who lives in a yurt and only eats foods that start with "W" #GoldenGlobes pic.twitter.com/kz66B17AB4

Is Colin Farrell doing ASMR? Or just on qualudes? #GoldenGlobes

Tiger Woods Speaks Out Following Car Accident, Thanks Golfers & Fans For Helping Him ‘Get Through This Tough Time’

Mon Mar 1 , 2021
Tiger Woods has broken his silence following his serious car accident. On Sunday during the WGC-Workday Championship, a number of the golfers, including Rory McIlroy and Patrick Reed, wore red shirts in honour of Woods’ go-to look. RELATED: Tiger Woods Honoured By Peers As Golfers Don Signature Sunday Outfits To […]