A One Direction fan in the UK is currently kicking herself after missing an opportunity to meet band member Harry Styles.

The fan named Theadora revealed that the 26-year-old singer’s car had broken down outside her house on Tuesday and her dad invited him inside for a cup of tea. Casual.

Theodora wasn’t home at the time, but her dad mentioned to Styles that she was a super-fan, so he left her a note before he left.

“Theadora, my car broke down on your street and your dad’s friend kindly let me wait at your house with a cup of tea,” read the handwritten letter from the singer, which has since gone viral after she shared it on Instagram.

“I’m devastated that we missed each other. Looking forward to meeting soon. Treat people with kindness. All my love, Harry.” 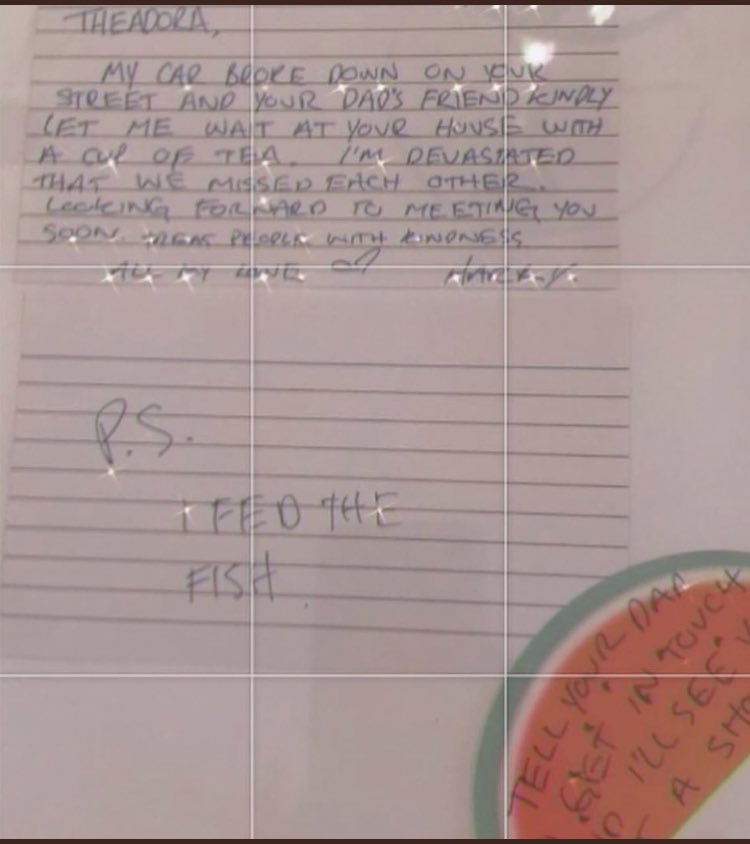 Styles also left a photo of himself feeding her pet fish during his visit.

“P.S. I fed the fish,” he captioned the image, which captured him sprinkling fisk flakes into the tank. 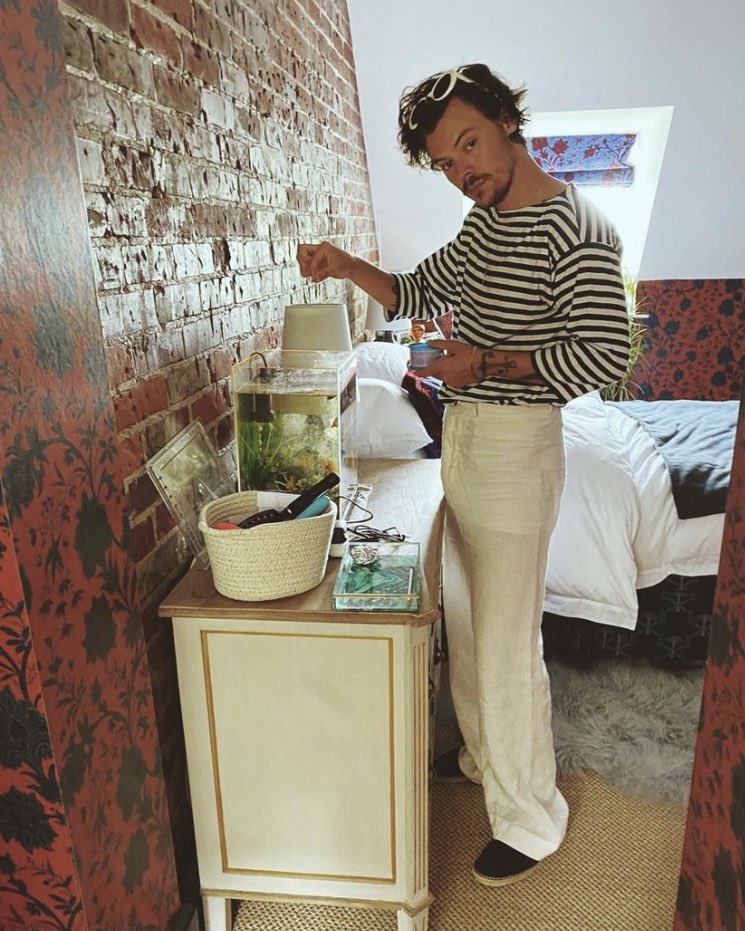 That’s not the only parting gift he left — the ‘Watermelon Sugar’ singer also signed her copy of his Fine Line album, writing, “Theadora, Sending you all my love. I’m so sorry we missed each other. Until next time, Harry.”

In another parting note, the watermelon-shaped post-it note, Styles wrote, “Tell your dad to get in touch and I’ll see you at a show.” 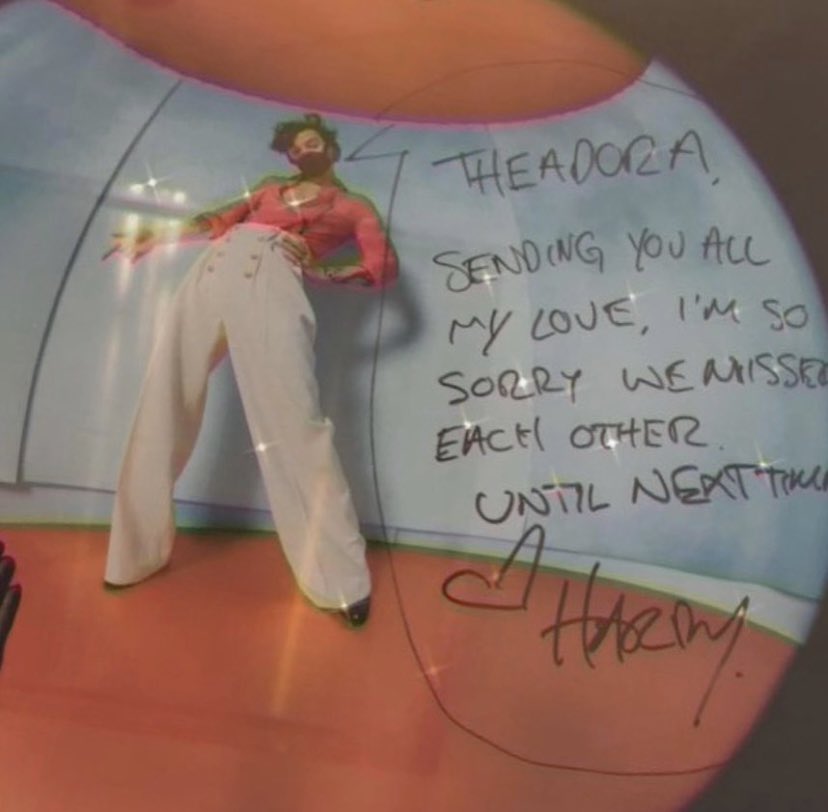 Styles found fame in 2010 after he auditioned for The X Factor UK, only to be grouped together with other hopefuls Niall Horan, Liam Payne, Louis Tomlinson and Zayn Malik.

The group competed in the talent show under the name One Direction. They didn’t win the series — they came third overall — but they have since gone on to become one of the biggest-selling boy bands of all time.

Since 2016, the group has been on an indefinite hiatus, with each of the members pursuing a solo career.

Thu Oct 29 , 2020
Her truth. LeAnn Rimes suffered a psoriasis flare-up for the first time in more than a decade, leading her to open up about the condition. Celebrity Health Scares Read article The singer, 38, posed nude in photos published by Glamour on Thursday, October 29, showing the skin disorder’s effects on […]