Hugh Hefner’s ex-girlfriends have reflected on their time living with the publishing mogul at the Playboy Mansion —and apparently, it wasn’t all fun and games.

Holly Madison and Bridget Marquardt say they experienced paranormal encounters while living in the Holmby Hills estate for seven years back in the 2000s, with both women seeing female ghosts in Tudor-style home.

“The mansion is a home that’s very intriguing for so many reasons,” Madison told Nylon magazine. “People talk about it being haunted. There’s all these weird urban legends like trafficking tunnels. It takes on a life of its own.”

The 41-year-old recalled a time when they were filming their reality TV show, The Girls Next Door, when she came across a woman wearing “a hot pink sports bra and black workout pants” in the basement gym. At the time, she thought it was a fellow Playmate but then the woman disappeared.

READ MORE: Hugh Hefner’s wives and girlfriends through the years

“She didn’t look at me or acknowledge me at all,” Madison recalled. “She just was looking straight forward and walked toward where the weights were, which were around the corner from where I was standing. So I was like, okay weird … I never saw that woman again in my life.” 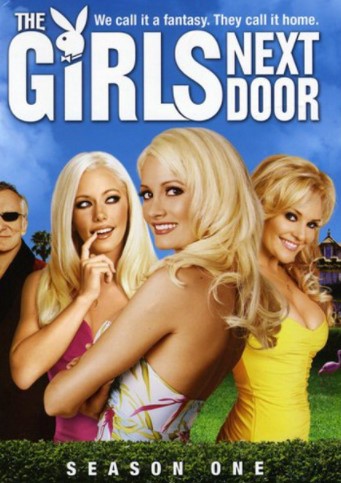 Meanwhile, 47-year-old Marquardt said she experienced channels or the volume on the TV changing without any explanation. Like Madison, she too had seen a female apparition, one time seeing the woman standing in the doorway of her closet.

“She had long, black stringy hair, very pale, very thin. She was wearing a white T-shirt that was too big on her and black acid washy jeans,” Marquardt told the magazine. “She was more modern-day and I feel like I recognised who she was.”

However, instead of being spooked by the encounters, Marquardt began taking classes in paranormal investigation and research while still living in the mansion. Her passion for ghost-hunting was even documented in a few episodes of The Girls Next Door. She has since turned the hobby into a career —she is now certified in paranormal investigation and in parapsychology and in 2019 she launched her spirit-focused podcast Ghost Magnet.

Fri Aug 6 , 2021
She’s just being Britney! Britney Spears took a break from her ongoing conservatorship battle to answer a few of her fans’ burning questions on Thursday, August 5. Britney Spears’ Ups and Downs Over the Years Read article The Grammy winner, 39, gave rapid-fire answers to a slew of questions posed […]