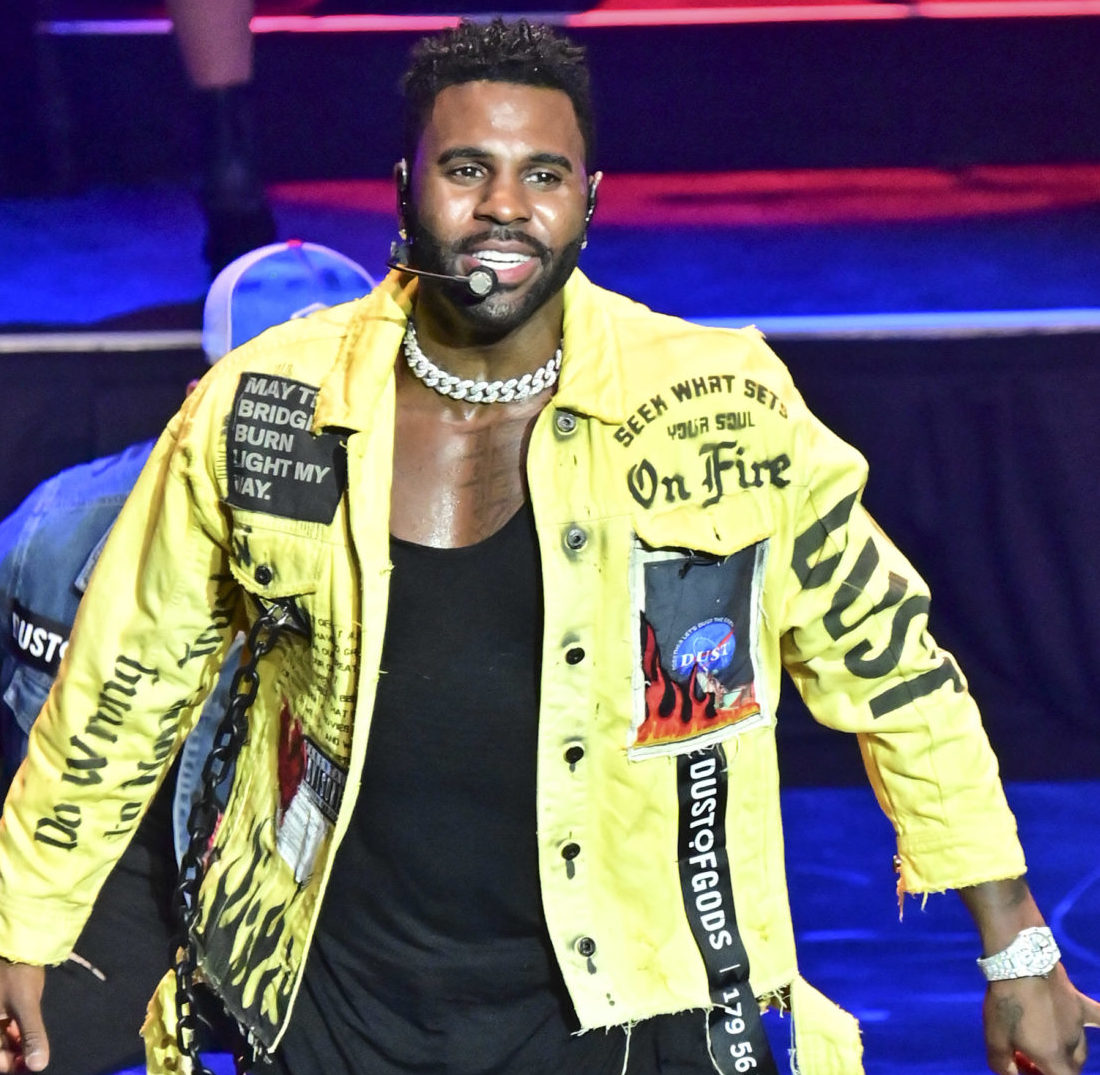 Chile, IDK what’s going on in Sin City at Usher’s concert, but something out there has folks TURNT up! Recently Halle Bailey was spotted with rapper and YouTuber DDG in Vegas at Ush’s show, and folks were talking about it, which had her trending on Twitter. Now Jason Derulo is in the spotlight after getting into an altercation with two men after calling him, Usher. The singer and TikTok star wasn’t feeling the disrespect and came to blows with the men.

According to TMZ, authorities advised that cops were called to the ARIA hotel during the early hours of Tuesday morning after Jason knuckled up. Jason quickly trended on Twitter after the videos began to surface, and in usual fashion, folks were cutting up. One person tweeted, “Jason Derulo said he be making desserts but don’t think s**t sweet.” Another person tweeted, “All Jason Derulo does is workout, dance, and eat 1000% sugar meals. There’s no reason I would want to get into a fight with that combo.”

Jason doesn’t play when it comes to his body. The singer is always in the gym when he isn’t taking care of his son, with his ex-girlfriend Jena Frumes. If you recall, they two called it called it quits in September, just four months after Jena gave birth to their son Jason King. “Jena and I have decided to part ways,” he tweeted. “She is an amazing mother, but we feel being apart at this time will allow us to be the best versions of ourselves and the best parents we could be.”

Currently, reports state the two men involved in the altercation did not want to press charges, and they didn’t walk away with injuries that required a hospital visit. Roomies, drop a comment and let us know what you think about Jason’s tussle!

The post Jason Derulo Got Into An Altercation In Las Vegas With Two Men After Being Called Usher appeared first on The Shade Room.