After reports that the 51-year-old Hustlers actress and 45-year-old former baseball player called off their two-year engagement, the pair released a statement denying the rumours, saying they’re “working through some things”.

From their red carpet debut at the Met Gala, to reality TV cheating scandals, this couple has been through a lot. Let’s take a look at how it all played out.

February 2017: The couple first meet at a restaurant in Los Angeles.

“I was having lunch somewhere and I saw him as he passed by,” Lopez tells Ellen DeGeneres in April 2017. “Afterwards, I went outside, and for some reason I felt like tapping him on the shoulder.”

They exchange numbers and begin chatting about living in LA –– Rodriguez had just moved there from the east coast of the US. Eventually, he asks her out.

Later that year she tells Vanity Fair more details about their first date. 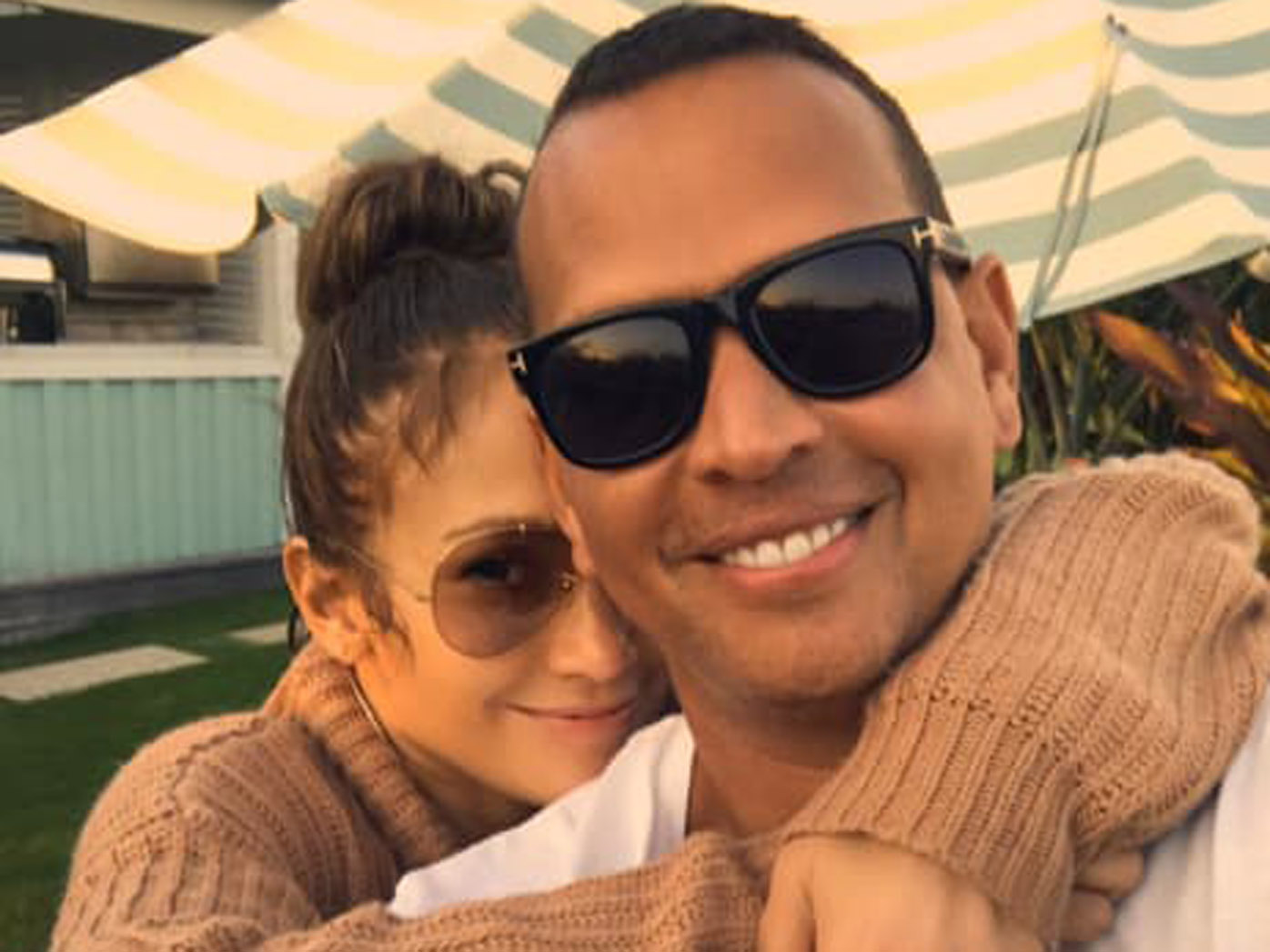 March 2017: Tabloids begin reporting J.Lo and A-Rod are a couple. They keep things low-key, but take a trip to the Bahamas together and spend a weekend in Miami.

On March 31, Rodriguez confirms their relationship. He says on The View: “It’s obvious, we’ve been having a great time. She’s an amazing girl and one of the smartest human beings I’ve ever met and also an incredible mother.”

April 2017: Lopez speaks about their relationship for the first time, telling Ellen that he’s “a great guy”.

May 2017: The couple make their red carpet debut at the Met Gala. 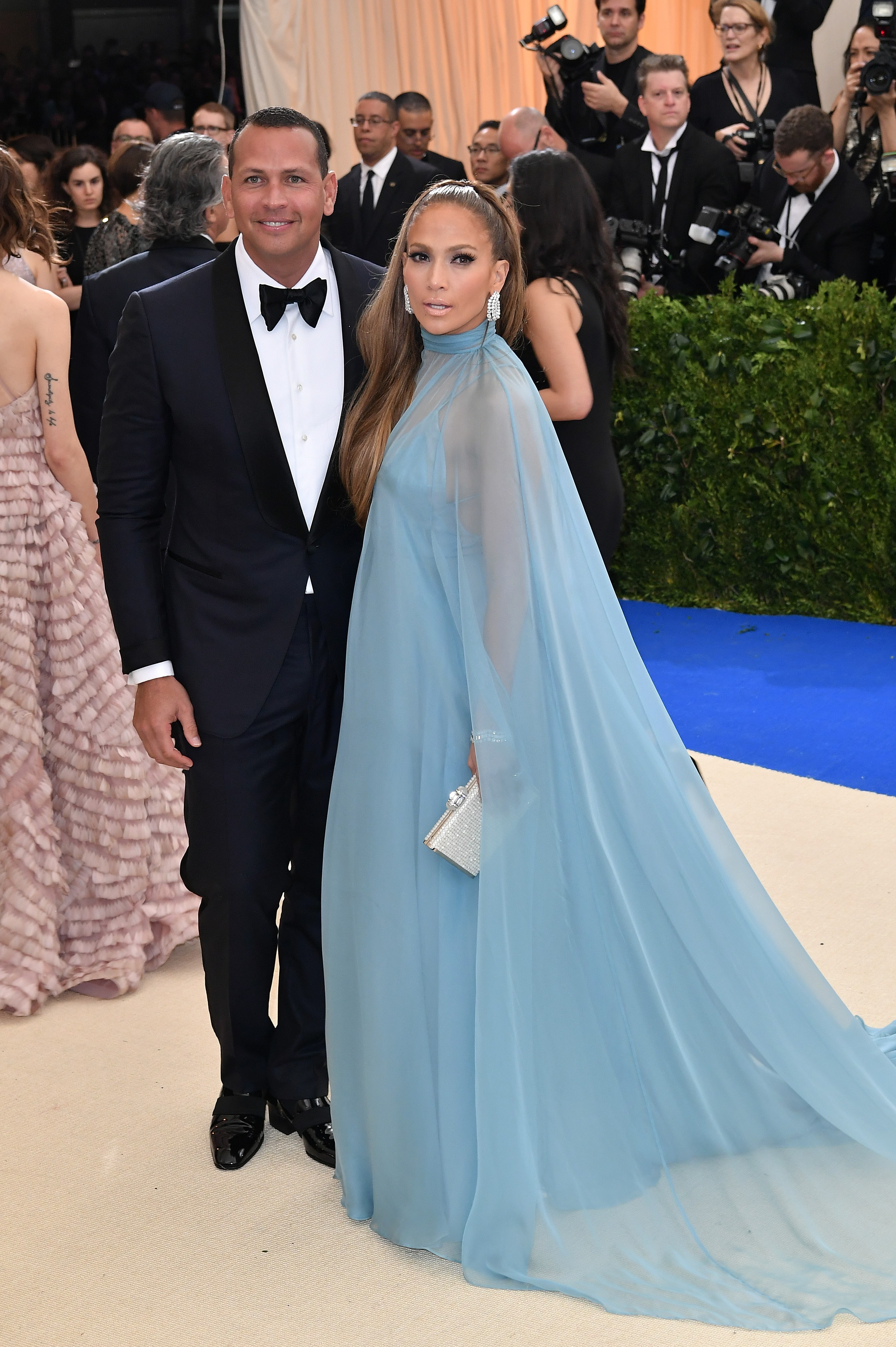 June 2017: They’re spending a lot of family time together. Lopez shares a photo of herself with her twins, Max and Emma, Rodriguez and his two daughters, Ella and Natasha.

In mid-June they take a lavish trip to Europe –– as all rich and famous couples tend to do.

Later that month, Rodriguez gushes about how proud he is of Lopez.

“Jennifer is one of the most brilliant business minds that I’ve ever met,” the former MLB pro said. “She’s the hardest working lady and, you know, I grew up with a single mother. I have two daughters. I am a big, big promoter of women equality.”

He added, “I like that for my daughters and Jennifer is the role model.”

September 2017: Lopez tells HOLA! USA magazine this is the first “good relationship” she’s ever been in. Her famous exes include P. Diddy and Ben Affleck.

“And not that I didn’t have great relationships, full of love and adventure, but this is the first relationship I’ve been where I feel like we really make each other better,” she says.

“We complement each other, and there’s really pure, true love. Just wanting to support the other person and make them happy. So, there’s a different selflessness in the love that’s beautiful and different. And healthy!”

Late 2017: The couple and their kids spend Thanksgiving and Christmas together.

February 2018: Lopez reflects on their relationship after one year together.

“It’s crazy. We both are so happy about our lives right now and where we’re at professionally, as well as personally,” she explains to ET. “You know. Just things seem to be flowing in a really beautiful way. We both have a lot of support for each other and a lot of love for each other.”

April 2018: Lopez releases a song called ‘El Anillo’ in Spanish –– an English translation of the lyrics contains the line: “You have given me so much that I have been thinking that I have it all, but/when will I get the ring?”

When asked if she was hinting at wanting to get an engagement ring, Lopez says, “It’s more about the value of it. It’s kind of like, ‘If you want me in your life you have to give me the respect and place in your life that I deserve.’ And I think a ring sometimes is a symbol of that but it’s more of a symbolic thing.” August 2018: The couple attend the MTV VMAs together, and Rodriguez is photographed snapping pics of the singer on his phone.

December 2018: Lopez gets teary while talking about her beau in a Jimmy Fallon interview.

“He’s come into my life and really contributed in such a way. He’s so supportive, he’s so loving,” she says. “Some people try to dull you down, try to squish you down and he’s so not like that. And it’s just so refreshing. It’s just such a beautiful thing.”

“You make my world a more beautiful safe and stable place,” Lopez wrote on Instagram. “In the midst of our ever-changing, ever-moving life… you make me feel like a teenager starting out all over again.”

“Only 730 days, which have flown by, but it feels like we have been together forever. We are meant to be, and how much you mean to me cannot be put into words,” Rodriguez posted.

March 2019: The couple announce their engagement on social media.

“She said yes,” Rodriguez captions his post, while Lopez just puts hearts in hers.

“Jennifer and Alex plan to get married in the [US] summer, and can’t wait for the big day,” a source said. “Jennifer and Alex already do everything together and are basically married, but are excited to make it official.”

March 2020: Lopez announces that, due to the coronavirus pandemic, they will be postponing their nuptials.

“I’m a little heartbroken because we did have some great plans, but I’m also like, you know what? God has a bigger plan,” she says during an appearance on the Today show. “So we just have to wait and see. Maybe it’s going to be better. I have to believe that it will be.” 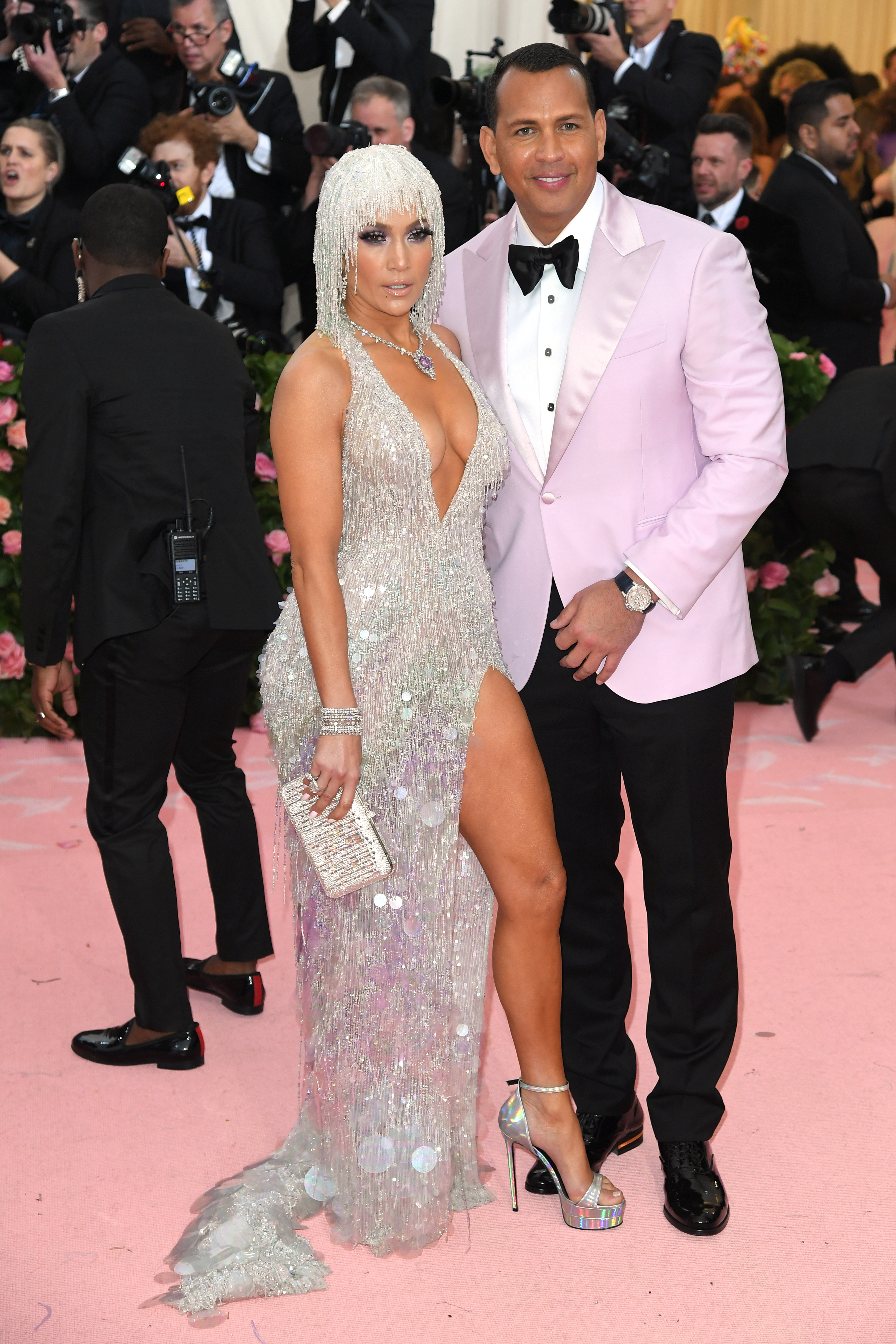 She adds that they weren’t yet sure when they’d be able to reschedule. “There’s no planning right now. You just have to kind of wait and see how this all plays out.”

January 2021: Lopez tells Andy Cohen they’ve considered calling the wedding off altogether, and just staying together without getting married.

“We’ve talked about that for sure,” Lopez said, after Cohen brought up Goldie Hawn and Kurt Russell, who have been together for 30 years without getting married. “At our age, we’ve both been married before, it’s like, do we get married? Do we not? What does it mean for us?”

She added that the two are in no rush, saying, “It comes down to personal, what do you want to do? There’s definitely no rush though.”

January 2021: Later in the month, cheating rumours swirl around the couple after Southern Charm star Madison LeCroy is accused on-camera of flying “to Miami to f–k an ex-MLB player.” 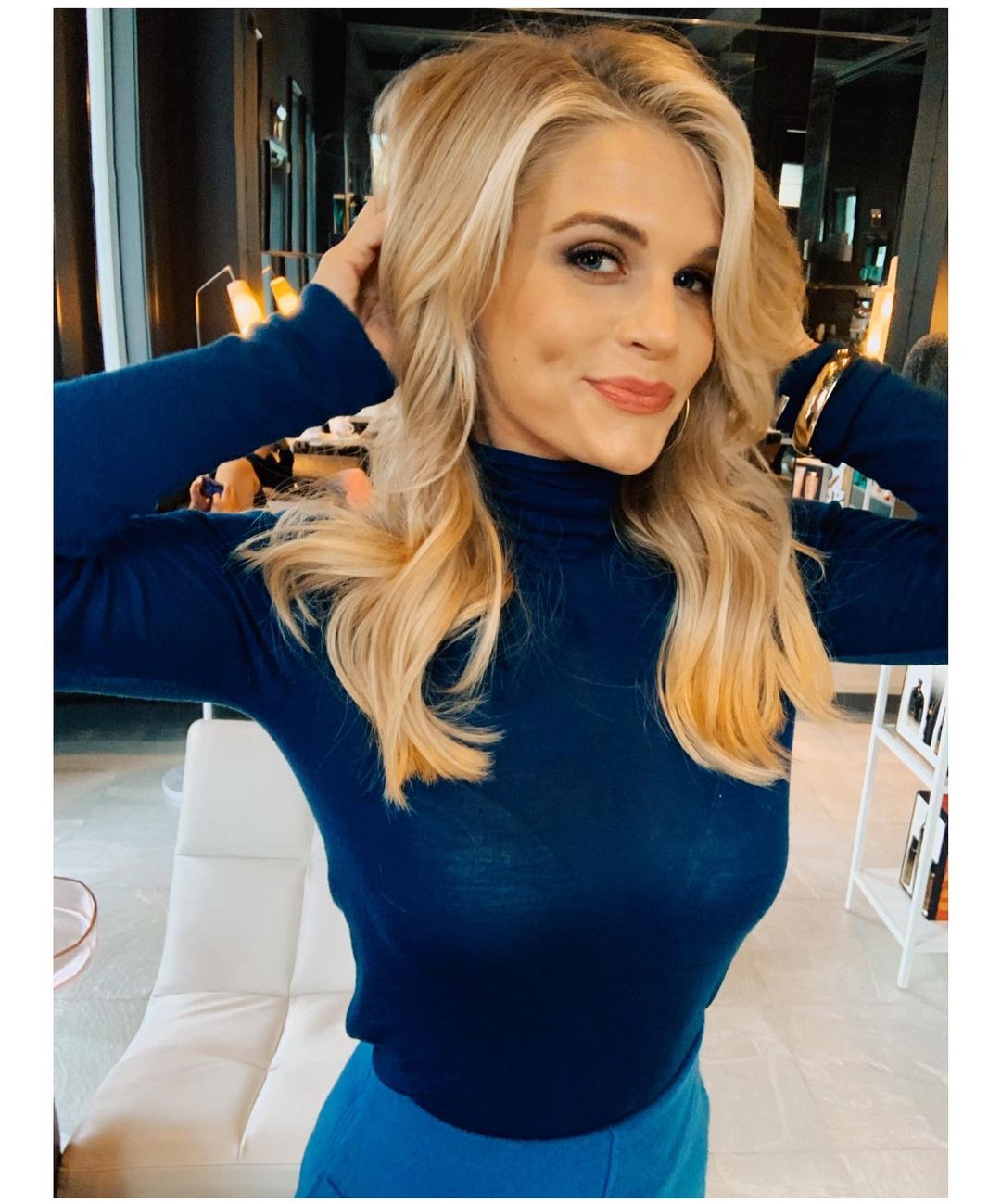 LeCroy immediately denies it, but people quickly realise Rodriguez has previously liked one of her Instagram posts.

Sources claim LeCroy and Rodriguez had never met in person, but had chatted on the phone.

Lopez and her fiancé don’t address the rumours.

February 2021: Lopez reveals she and Rodriguez went to therapy during lockdown.

“It has been actually really good,” Lopez told Allure of going to couples therapy. “We got to work on ourselves. We did therapy. I think it was really helpful for us in our relationship.”

Later in the month, Lopez flies to the Dominican Republic to film upcoming movie Shotgun Wedding. Her kids go with her, while Rodriguez and his kids stay in Miami.

On February 28, he joins her in the Dominican Republic after Instagramming that he was “missing” her.

March 12, 2021: According to multiple sources, the couple decide to call off their engagement after four years together.

“The couple has called off their engagement and have decided their relationship has run its course,” a source tells ET. “Jennifer felt like moving forward to marriage wasn’t right. Recently Alex’s character has been called into question and that didn’t sit right with Jennifer. The couple will always have respect for each other.”

Page Six, who was first to report the news, quotes a source who says it was the cheating rumours surrounding Rodriguez and LeCroy that led to the breakup.

“There were already problems, but Jennifer was really embarrassed by it,” the source says.

Sun Mar 14 , 2021
Slime spree! One of the best parts of Nickelodeon’s annual Kids’ Choice Awards is seeing A-list stars covered in the network’s signature neon-green goo. Fans have watched everyone from Chris Pratt and JoJo Siwa to Sandra Bullock and Orlando Bloom be sprayed with the gooey substance. Halle Berry, John Cena and […]