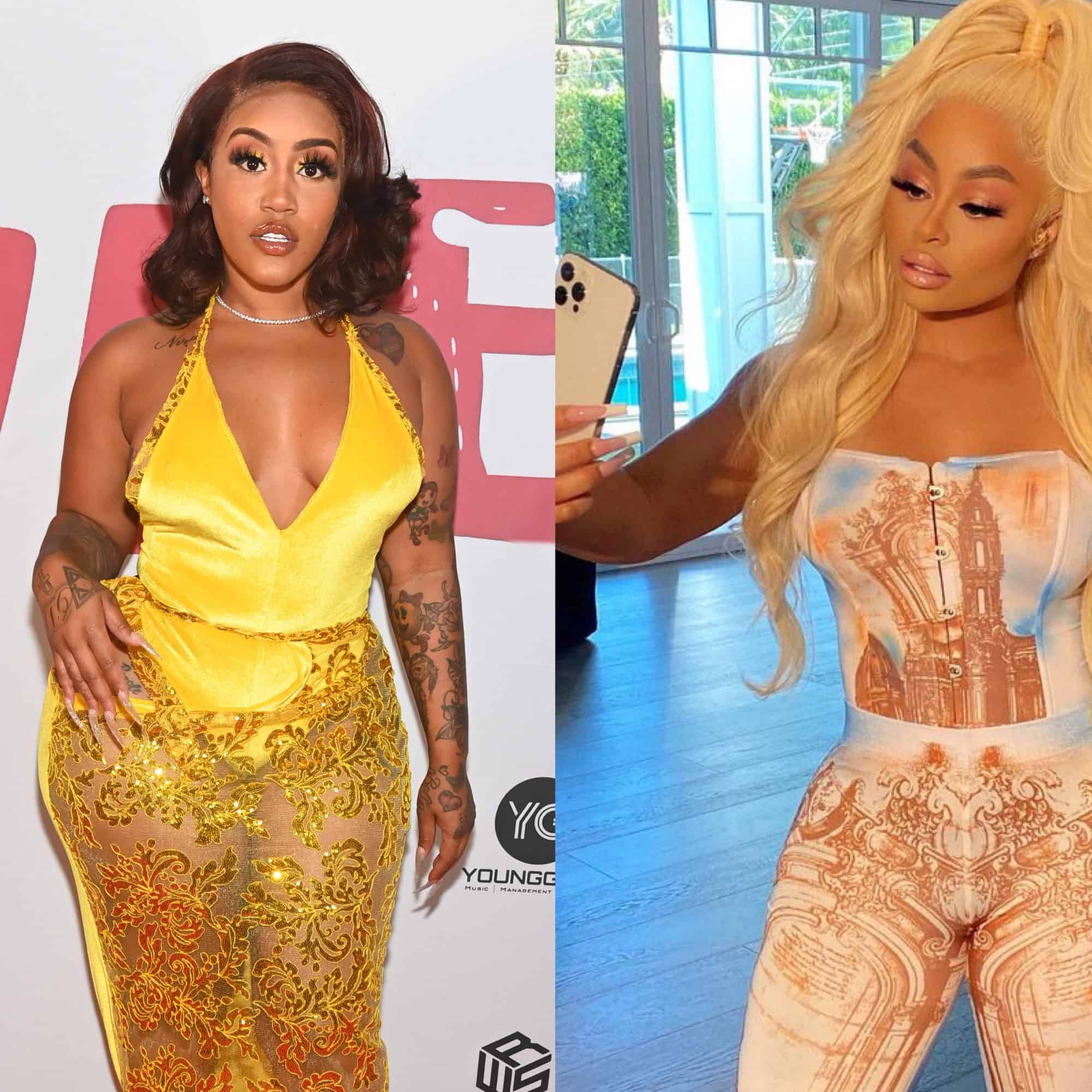 When it comes to the music industry, everybody wants their credit. It doesn’t matter even if it’s an Instagram post, folks want their recognition. Although nothing is new under the sun when it comes to music videos, Johnni Blaze had time to point out the similarities in her and Blac Chyna’s music videos after Chyna dropped a new video, which starred her man, Lil Twin, as her love interest.

In the video, Chyna rapped bars and served looks while wearing different colored wigs and sat in several colored rooms with her man. The clip caught the attention of over 1 million Roommates. While most of them commented about Chyna’s rapping ability, Jhonni took the conversation to her Instagram page to call her out.

In a now-deleted post, Jhonni shared a photo of Twin in the green scene followed by a clip from her music video for her latest song “Toxic” featuring NLE Choppa, where there was a similar background. However, Jhonni ’s music video is not out yet.

She posted another clip of Chyna from her music video and captioned the post, “Now if I’m Trippin, how the f**k? No same director, no fu***ng, nothing is the same. So how the f**k did this happen?”

While it was clear that Jhonni was upset, some of the Roommates didn’t understand why she directed the energy towards Chyna, when she has yet to release her music video. One person commented and said, “It looks like y’all both rented out the same space, which means neither of you created the content.”  Another person commented, “So if the video isn’t out yet, how is she comparing anything?”

Johnni has been promoting her latest song for a while; however, it might have been overshadowed by rumors that she was recently missing, a claim she has seemingly denied.

It appears she just took a break from social media to focus on her mental health, which she addressed on September 13th after her The Breakfast Club shared their interview featuring her.

Roomies, do you think that Johnni’s claims were valid, or was it a reach?

Sat Oct 2 , 2021
Roger Taylor has lashed out at those who refuse to vaccinate themselves against COVID-19, saying they “must be ignorant and stupid”. READ MORE: Queen: 20 Things You Probably Never Knew About ‘Bohemian Rhapsody’ The longstanding Queen drummer made his comments in a recent episode of the Consequence podcast, Kyle Meredith […]