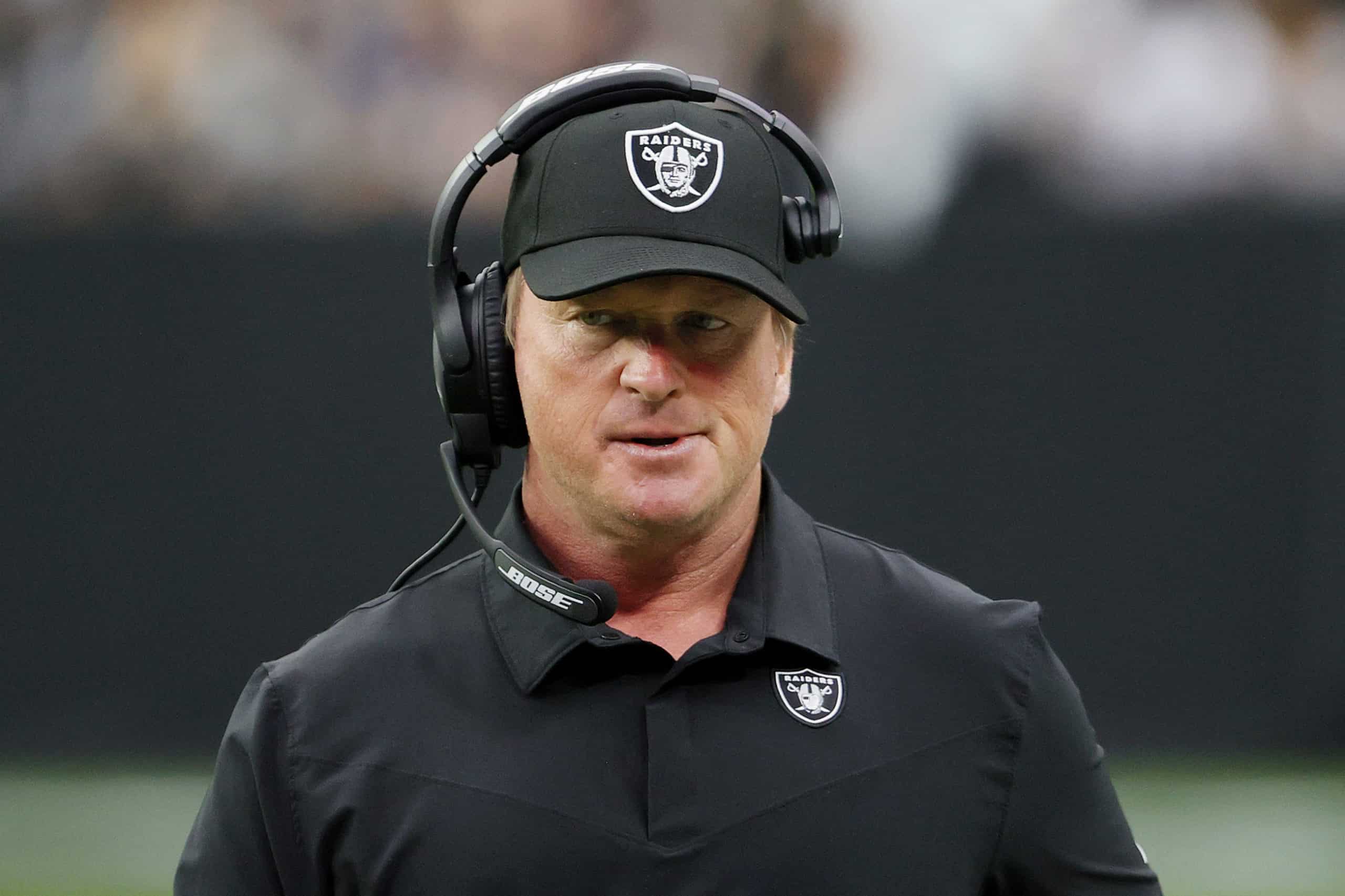 According to Sports Illustrated, Raiders coach Jon Gruden resigned after the offensive emails he reportedly sent between 2010 to 2018 were discovered, NFL Network’s Tom Pelissero reports.

Jon Gruden spoke with #Raiders owner Mark Davis a short time ago to inform Davis of his decision. It’s official. Gruden is out in Las Vegas.

On Monday, The New York Times published a report  outlining several emails that were misogynistic and racist in nature. The emails also contained anti-LGBTQ language from Gruden.

Gruden is accused of referring to Roger Goodell, NFL commissioner, “as a ‘clueless anti football p—y’ as well as a ‘f—-t,’ according to the New York Times, Sports Illustrated reports.

He also reportedly claimed that “the NFL pressured the then-St. Louis Rams to draft Michael Sam, a gay player selected in 2014. Gruden also ‘criticized Goodell and the league for trying to reduce concussions and said that Eric Reid, a player who had demonstrated during the playing of the national anthem, should be fired,’ Sports Illustrated also reports.

It’s reported that Raiders’ owner Mark Davis met with the head coach on Monday, in which a decision was made for him to retire as Las Vegas’ head coach.

Roomies, what do you think of this?

Kanye West is selling his Wyoming ranch for $11million

Tue Oct 12 , 2021
Kanye West has put his infamous Monster Lake Ranch in Wyoming on the market, selling the property for a staggering $11million (£8million). READ MORE: Forget Pete Townshend’s bog-standard gaff: rock stars’ homes should be totally outrageous TMZ report that West is asking for $3million more than what he purchased the […]