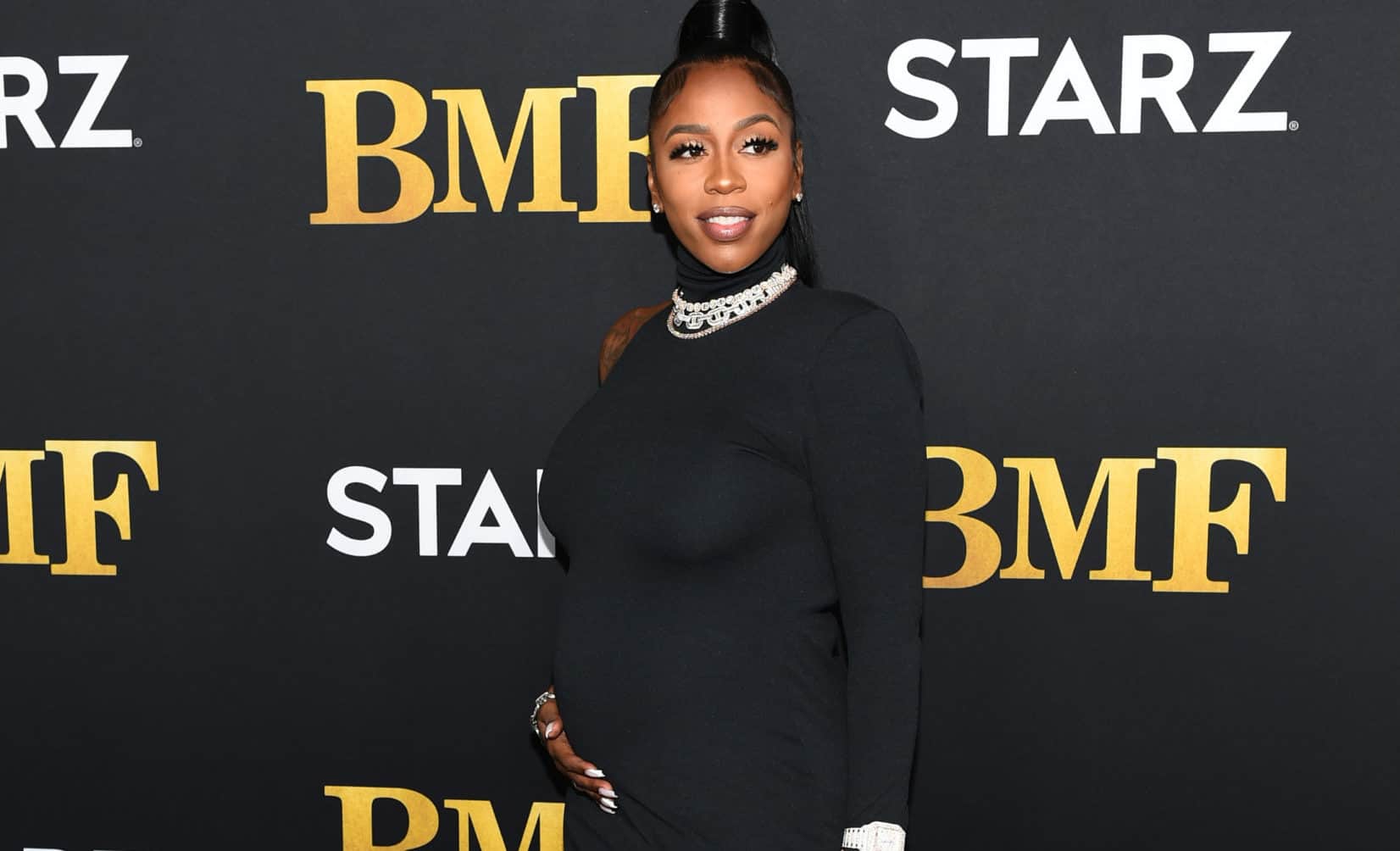 What was supposed to be a celebrated moment turned sour as critics slammed Kash Doll for her Pistons-themed gender reveal. The rapper took to her Instagram on Thursday with glowing photos of her first pregnancy. Paying homage to her hometown Detroit, Kash Doll wore a custom Detroit Pistons’ gown for the shoot. However, by Thursday evening, she began to drag critics of the photos on Twitter.

“B*****z couldn’t even get courtside tickets but saying I’m ghetto for doing a photoshoot for my baby boy reveal on the Pistons arena floor,” Kash Doll tweeted. “I’m just outdone with the internet.”

To backtrack, Kash Doll shared footage of her gender reveal shoot in ten slides on Instagram.

She expressed being so “thrill” that the world “needed a male version” of her (and by extent her mans Tracy T.) Kash Doll also shared that the date marks a full circle moment for her. Apparently, exactly one year ago, she also received a phone call from 50 Cent confirming her role in the ‘Black Mafia Family’ series. She credited the luck of this day to “how [her] daddy be working.”

In the footage shared, Kash Doll wore a floor-length, bright gown with spaghetti straps. The dress features the Detroit Pistons’ team colors including blue, red and white as well as their logo. Kash Doll stunned in multiple poses, including standing and laying on the floor of the team’s home court.

Well, those poses are exactly what drew the apparent criticism. She continued dragging the negative chit-chat after the initial tweet above.

“Every woman with class loves it,” Kash Doll wrote. “It’s the b*****z that be in the nose bleeds with all the opinions.”

As fans tweeted her calming messages, she clarified that she’s “not mad.” Instead, she said she “can’t believe” the commentary. She added: “Y’all always hating but this here is mind blowing.”

At some point afterwards, Kash Doll deleted some of the tweets. She seemingly ended her clapback with a reminder of her income status.

“Pick on somebody your own wage,” Kash Doll said. “You can’t afford to argue with me.”

The post Kash Doll Calls Out Critics Of Her Pistons-Themed Gender Reveal Photoshoot appeared first on The Shade Room.