Lloyd Price, the ’50s R&B vocalist whose early singles were among the first to attract attention from the nascent rock ‘n’ roll audience, died Thursday. He was 88.

Maxwell Entertainment owner Rickey Poppell posted the news on Facebook, saying, “My friend and Lloyd Price’s manager, Tom Trapani, just called to let me know that our friend, Lloyd, passed away last night. Those of us close to Lloyd have been keeping his declining health issues to our selves for the past five years, while Tom kept me up to date along the way. Lloyd was one of the sweetest, caring and kindest man I’ve ever known, I’ll miss him. My prayers go out to his lovely wife, Jackie.”

The New Orleans-born singer burst onto the national scene in 1952 with his first single, the self-penned ‘Lawdy Miss Clawdy,’ for the L.A.-based label Specialty Records. Bearing the distinctive Crescent City “stroll” rhythm — the product of an arrangement featuring pianist Fats Domino and drummer Earl Palmer of Dave Bartholomew’s studio band — it leapt to No. 1 on the national R&B chart.

In an interview with writer Andy Schwartz that prefaced his 1998 induction into the Rock and Roll Hall of Fame, Price noted how his hit broke new ground with listeners who previously hadn’t cocked an ear to black music.

“I revolutionised the South,” he said. “Before ‘Lawdy Miss Clawdy,’ white kids were not really interested in this music. People like Charles Brown and Fats Domino really only sold to the black community. But 10 months after I was in business, they were putting up ropes to divide the white and black spectators. But by 10 o’clock at night, they’d all be together on that dance floor.”

At least one important rock ‘n’ roll performer was paying close attention to what Price was up to: At his second recording session for RCA Records in 1956, Elvis Presley recorded a fierce cover of ‘Lawdy Miss Clawdy.’

Four more top-five R&B singles succeeded that initial hit, but Price’s career screeched to a halt when he was drafted in 1953. Upon his return from the Army, he discovered that in his absence Specialty had devoted its attentions to a wild piano-pounding singer from Georgia: Little Richard.

Exhibiting the entrepreneurial bent that distinguished his career, Price founded his own label, KRC Records, which swiftly hit pay dirt with his self-authored ballad ‘Just Because.’ Distributed by ABC-Paramount Records, it reached No. 3 on the R&B side in 1957, trouncing Specialty’s cover version by Price’s cousin Larry Williams and ultimately leading to a contract with the major. 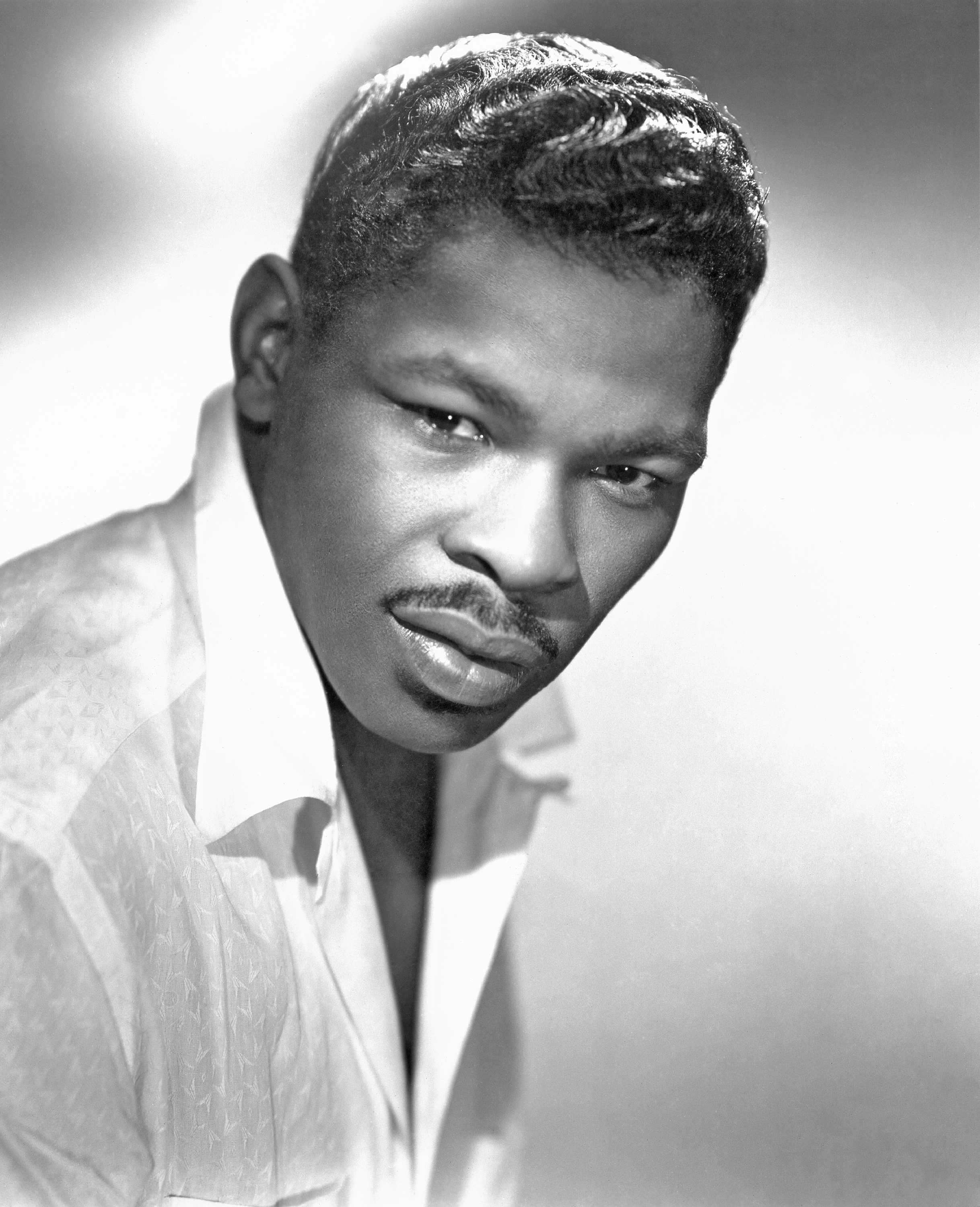 The major fruit of that association came in 1958 when ‘Stagger Lee,’ an adaptation of an antique folk song about an obscure 1895 murder during a St. Louis dice game, became an evocative and lyrically graphic crossover smash, reaching No. 1 on both the pop and R&B rolls.

Seven other 45s — including the chart-toppers ‘Personality’ (which inspired Price’s professional nickname “Mr. Personality”) and ‘I’m Gonna Get Married,’ from 1959 — reached the R&B top 10 through 1960. The modern soul sound displaced Price, but he continued to record through the ’60s on his own Double L and Turntable imprints.

Price resided in Nigeria for a decade, and in 1974 he served as a promoter of a three-day music festival in Kinshasa, Zaire, tied to the Muhammad Ali-George Foreman heavyweight championship fight there and headlined by James Brown, B.B. King, Bill Withers and the Spinners. He appears in When We Were Kings, Leon Gast’s Oscar-winning 1996 documentary about “the Rumble in the Jungle,” and more prominently in Jeffrey Kusama-Hinte’s 2008 feature about the chaotic festival, Soul Power. Price later worked with Don King, a close friend who also promoted the Zaire fight, on The Thrilla in Manila, the 1975 bout between Ali and Joe Frazier in the Phillippines.

In later years, Price diversified into other lines of work — building low-income housing, marketing a line of Southern soul food — but he never gave up performing. He issued a new album, This is Rock and Roll, in 2017.

The eighth of 11 children, Price was born March 9, 1933, in Kenner, LA, outside New Orleans. He sang in his hometown’s Baptist choir and as a teenager, he founded a band, the Blue Boys, with his drummer brother Leo (who later wrote Little Richard’s ‘Send Me Some Lovin” and ‘Can’t Believe You Wanna Leave’). 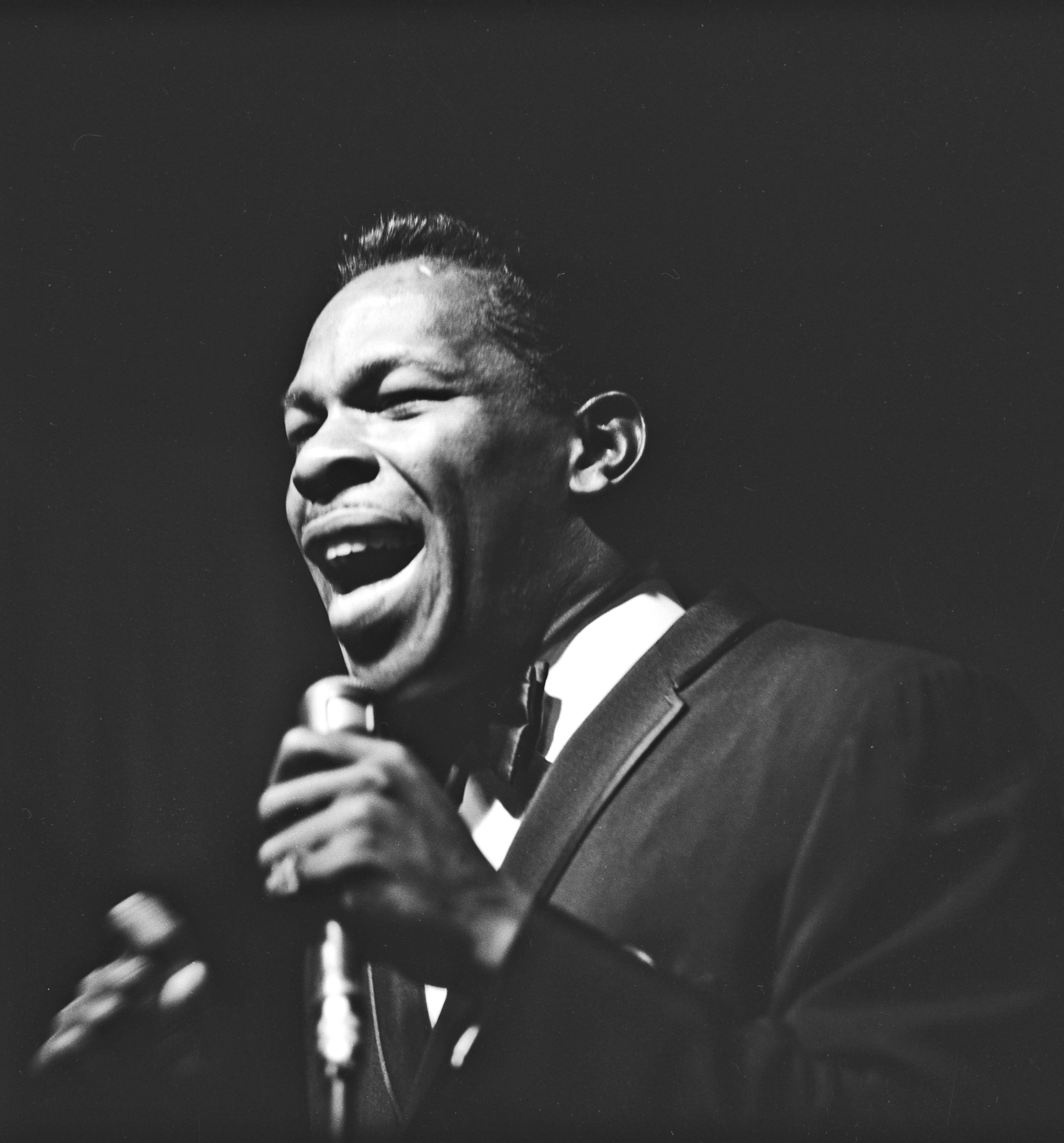 The tune was passed hand to hand from the disc jockey to bandleader Bartholomew and ultimately to Specialty Records’ Art Rupe, who was already aware of the regional success that singer-pianist Domino was enjoying. Rupe quickly green-lighted a session for Smith and Bartholomew’s band at Cosimo Matassa’s storied J&M Records studio, where ‘Lawdy Miss Clawdy’ was reputedly finished in just two takes. 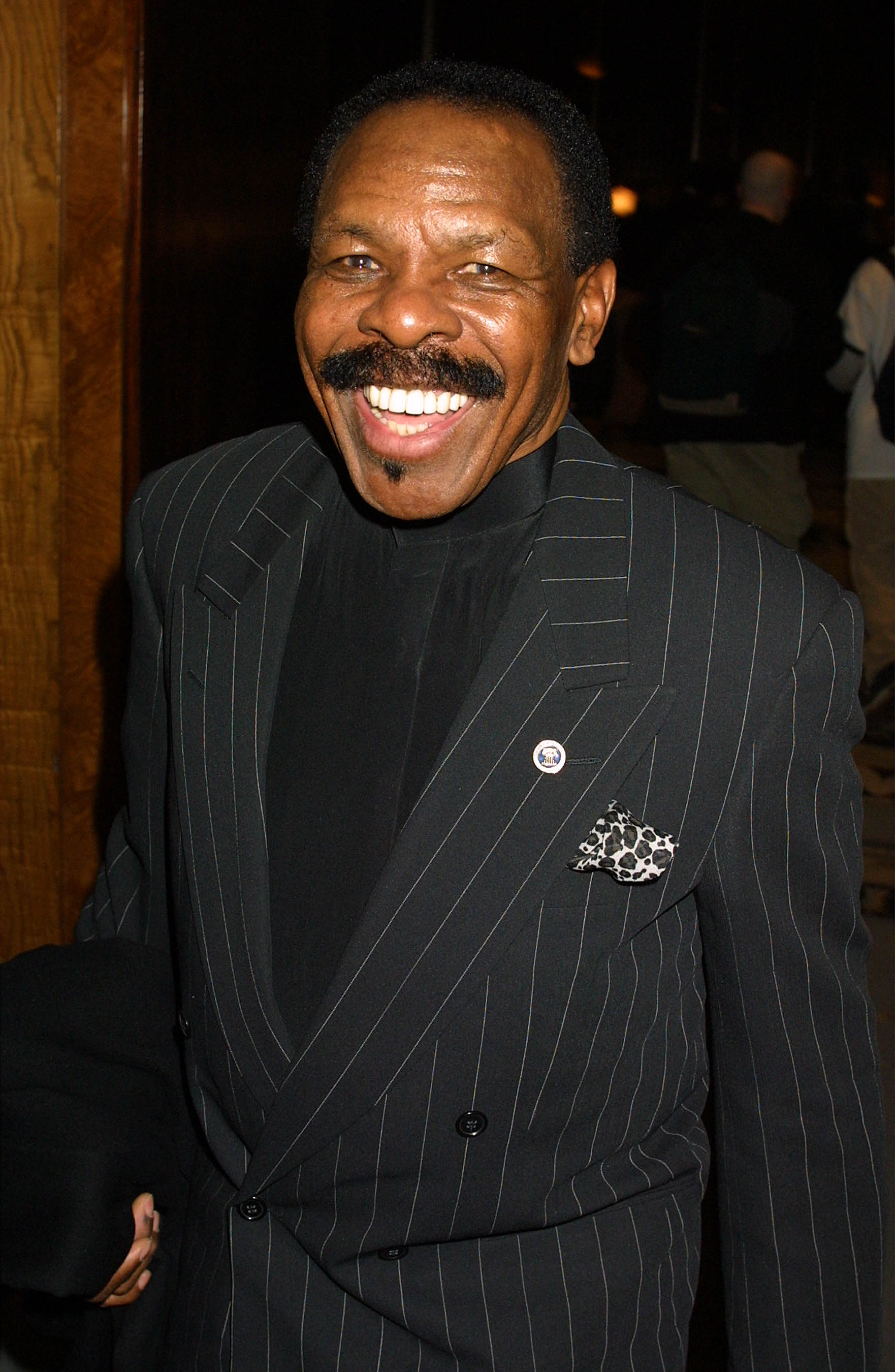 Scarcely two years after that smash topped the charts, Price’s career was stopped cold by his military service. Though he cut three sessions for Specialty on his return, the singer ultimately opted to start his own label, which led to his profitable association with ABC-Paramount and his biggest crossover hit.

Riding a tale of gambling and bloodshed, ‘Stagger Lee’ was unlikely hit material, and the song ran into one major roadblock on its way to national popularity.

As writer-musician Billy Vera notes in ‘Rip It Up,’ a history of Specialty, “When the ABC network censors refused to allow Dick Clark to play the record on [the nationally televised dance party] ‘American Bandstand,’ Lloyd returned to the studio and made a cleaned-up version with less violent lyrics, more suitable for airplay. This TV-only version was not released commercially until decades later, on a CD anthology of Lloyd Price’s greatest hits.” 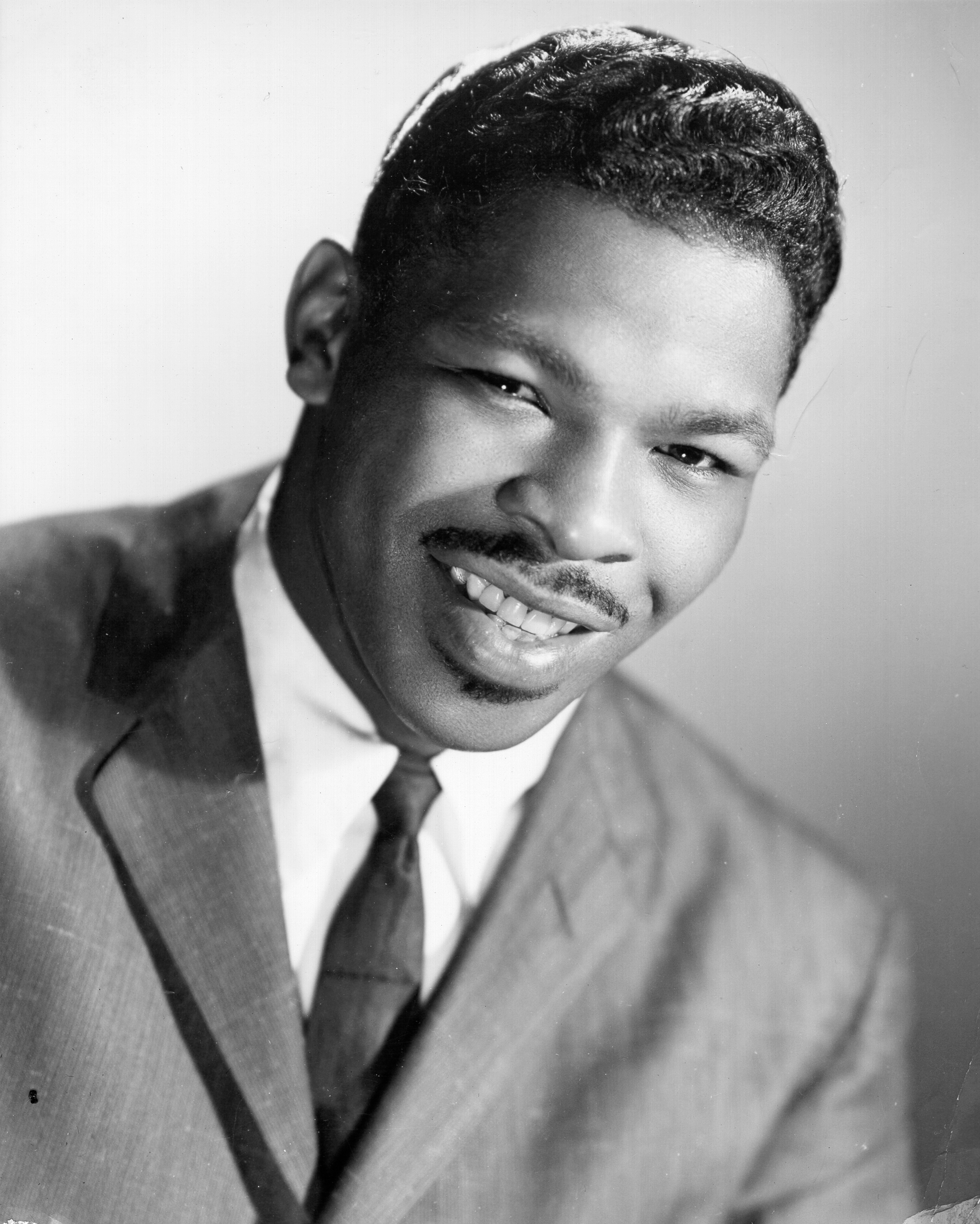 Beyond his ’60s move into independent record-making, Price also took on live venue interests: In 1968, he purchased the famed New York venue Birdland from notorious record industry mogul Morris Levy with his longtime business partner Harold Logan, a hard-nosed former promotion man who was known to secure airplay with a Louisville Slugger in hand. Price and Logan’s plans for a string of Turntable Clubs were cut short by Logan’s murder in 1969, in the partners’ Manhattan business office.

Though Price’s profile lowered later in life, he maintained a touring schedule into his 80s, operated his own studio near his home in New York’s Westchester County and published an autobiography, sumdumhonky, in 2015.

Sat May 8 , 2021
No more doubts! Lily James and Sebastian Stan leaned into their roles as Pamela Anderson and Tommy Lee in the first photos from their upcoming limited series, Pam & Tommy. Actors Who Portrayed Real People in Movies and TV Shows: Pics Read article In one pic, released by Hulu on […]