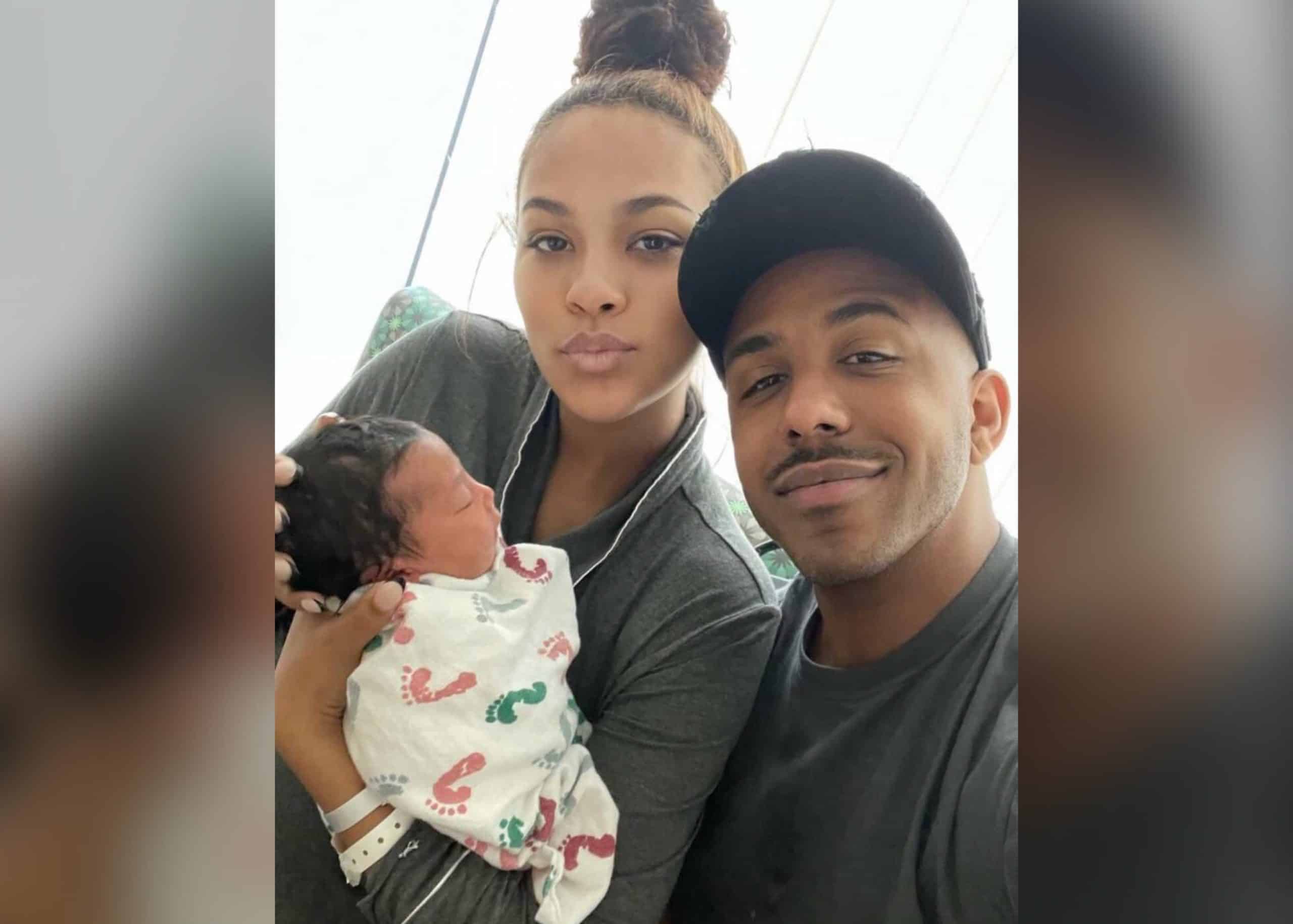 The Houston’s have been holding on to a sweet secret! The married couple recently revealed that they’ve welcomed their first child together — a baby girl named Zara. Per Marques and Miya’s interview with Us Weekly, who first broke the story, Zara arrived about a week ago on Thursday, December 2.

Wednesday was the first day the public learned about the couple’s newest family addition. Prior to Us Weekly’s drop, Marques and Miya kept their pregnancy out of the spotlight. Marques told the site that Miya chose their daughter’s name because she felt “it was exotic.” The new mama made the choice so their little one could have a memorable, yet not average name.

The Shade Room also got an opportunity to connect with the ‘Sister, Sister’ star. In addition to providing exclusive photos of the trio, Marques spoke lovingly of his parenting relationship with Miya.

“Parenting is so easy when you have such an incredible partner to share the duties with,” Marques wrote via text. “We do everything as a team, and we make sure we take shifts so both of us get sleep lol.”

As you may already know, the couple elevated from boyfriend-girlfriend status to engaged couple in March 2019. They met in 2018 during a Jehovah Witness convention, according to an Instagram post by Marques. Soon after, he popped the lifelong union question. In August 2020, they officially tied the knot.

But two months before walking down the aisle, Marques addressed unpleasant rumors about their dating history. In June 2020, online users began to drag Marques for allegedly dating Miya while she was underage, but he refuted that claim.

“Miya and I didn’t start dating until she was an adult. We fell in love and got engaged in March of 2019,” Marques said at the time. “My dad Michael loves her, and the people I am closest to love her as well. Most importantly we have Jehovah’s blessing.”

Following the release of Us Weekly’s coverage, both Marques and Miya began sharing footage of Miya’s former baby bump and Zara to Instagram.

While speaking to TSR, the new daddy praised Miya for her mothering skills.

“Miya is a 21-year-old mother, but handles motherhood like she’s been a mom forever, she’s such a natural,” Marques wrote.

The post Marques and Miya Houston Welcome Their First Child Together (Exclusive Photos) appeared first on The Shade Room.

Thu Dec 9 , 2021
Swedish musician Anna Von Hausswolff’s show at a Paris church has been cancelled due to security concerns over Catholic protests. The cancellation comes after backlash to a previous show of Hausswolff’s in Nantes, per The Guardian. A group, who Nantes deputy mayor Bassem Asseh referred to as “intolerant radicals” on […]