The Hollywood star, 50 — along with his wife Luciana Barroso, 45, and daughters Isabella, 14, Gia, 12, and Stella, 10 — touched down in Australia on Saturday ahead of his role in the upcoming Marvel film Thor: Love and Thunder. Damon’s family has begun their 14-day quarantine in NSW and will take up Australian residency amid the film’s production.

“I’m so excited that my family and I will be able to call Australia home for the next few months,” the actor said in a statement. “Australian film crews are world-renowned for their professionalism and are a joy to work with so the 14 days of quarantine will be well worth it. Australia definitely is the lucky country, and I can’t wait to show my family Australia’s down to earth people, breathtaking scenery and diverse culture.”

“Hollywood’s superstar Matt Damon joining our homegrown talent to film such a major movie in NSW is a big win, creating thousands of jobs for locals,” he said. “Australia’s management of COVID-19 and our Government’s tax incentives have ensured that our film industry is booming with many new jobs for actors as well electricians, carpenters, cooks, security staff, bus drivers and a massive boost for NSW.” 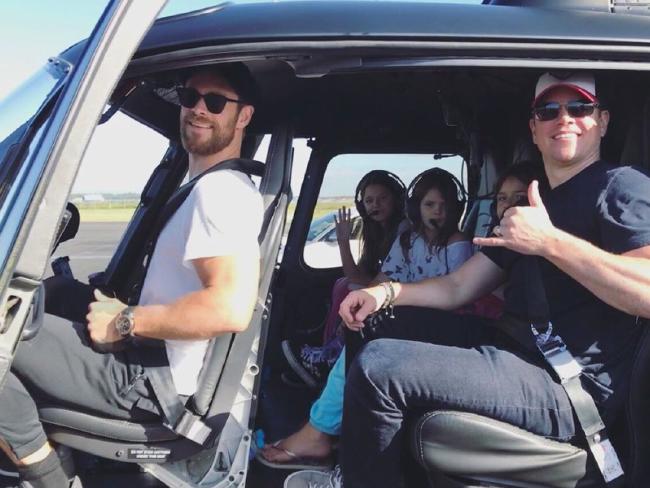 Other stars in Australia for the production of Thor: Love and Thunder include Chris Pratt, Dave Bautista and Tessa Thompson, who are currently all in government hotel quarantine. Natalie Portman, who reprises her role as Jane Foster, has been in Australia since last year.

Damon and his family have previously visited Australia, spending time in Byron Bay with Chris Hemsworth and wife Elsa Pataky in 2017. There has also been ongoing speculation in whether the Hollywood icon was interested in buying a property near the coastal town. It’s believed he purchased Blackwood House at Broken Head in 2014, before reportedly selling it later for $4 million.

The Skin-Renewing Face Mask That Made Drew Barrymore Unrecognizable

Mon Jan 18 , 2021
Us Weekly has affiliate partnerships so we may receive compensation for some links to products and services. Do you feel like you’ve hit a dead end with your skincare? You layer up your toners, essences, serums and moisturizers night after night, you throw on a sheet mask whenever you have […]