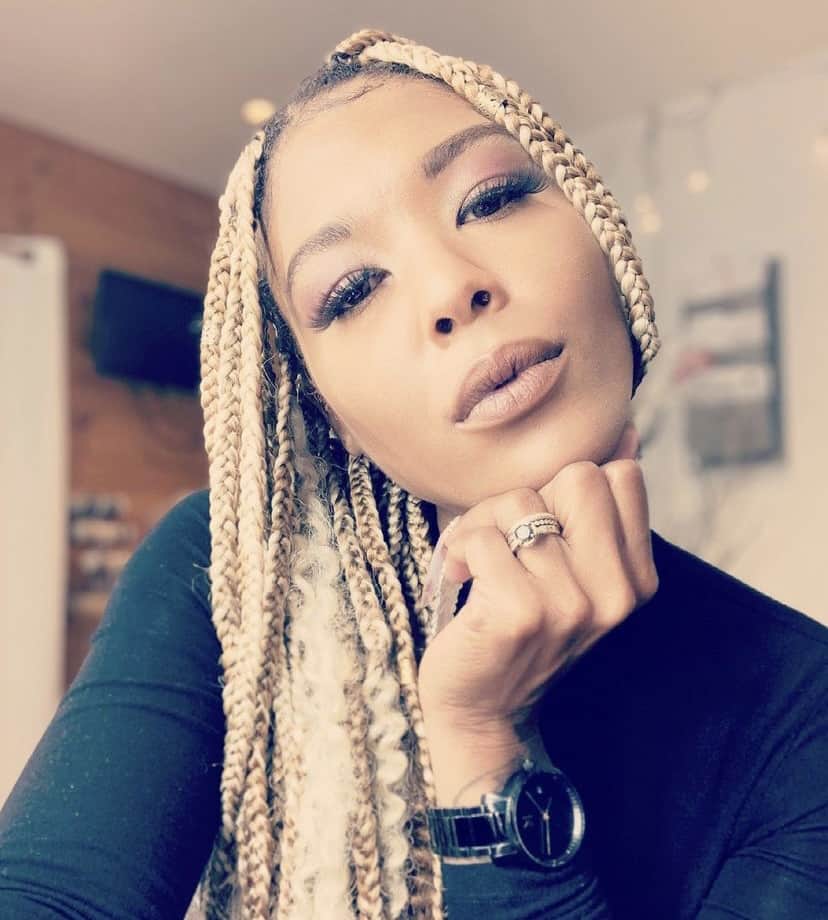 Congrats are in order to former “Love & Hip Hop: Hollywood” star Moniece Slaughter who shared that she is expecting a new bundle of joy!

After sharing the news, she got vulnerable with her followers, and said, “I’m tired of hiding in secrecy. Tired of being called a liar by my own mother. It’s crazy, so…cat’s out of the bag, it is what it is.” She proceeded to explain the changes that her body is going through, and said that she has been stressed and that her baby girl is currently measuring smaller than she should.

Moniece also shared that her pregnancy will be shared on her upcoming show on “Slaughter Says.”

She also shared that the father of her daughter is her ex-boyfriend [not Fizz]. However, they don’t seem to be on the best of terms at the moment. “Dior is coming whether my ex wants to leave me alone or not,” she said. “Regardless of what he says, he told me that his new fiancée was his godsister.”

Moniece has a son that she shares with Fizz from B2K. We were all first introduced to their family dynamic through “Love & Hip Hop: Hollywood.” Although in the past, Moniece and Fizz publicly faced their struggles, she says that he has been supportive as she expects her new bundle of joy.

We are wishing Moniece a happy and healthy pregnancy.

Sun Jan 9 , 2022
Rapper Meek Mill is going viral today, after a new pic of the rapper popped up on social media. The image purportedly showed Meek Mill wearing some unusual pants, and posing in a manner typically reserved for IG models. And social media is killing him over it. Here’s the image […]