Nicole Kidman has shared an emotional update with fans, unveiling a dramatic new look in a series of photos shared on Instagram.

In the caption of the black and white images, Kidman paid tribute to late photographer Herb Ritts, writing “Remembering Herb.”

Ritts passed away, aged 50, in December 2002 from complications from pneumonia.

The American fashion photographer was HIV-positive at the time.

As per The New York Times obituary, Ritts’ work was regarded as “glorifying images of the well known” which “helped to further mythologise celebrity in the 1980s and ’90s.”

”He shot exquisite, iconic photographs,” said Graydon Carter, the editor of Vanity Fair — for whom Ritts shot dozens of covers for.

The images Kidman shared were snapped by Ritts in 1999 in LA.

Ritts even had a stake in political photography, snapping a portrait of former US President Ronald Reagan in 1993. 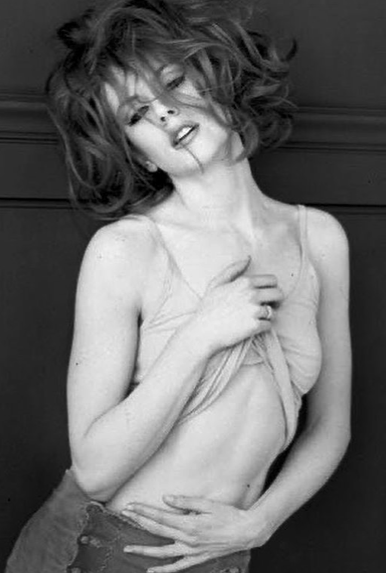 According to Ritts’ website, the photographer was “committed to HIV/AIDS-related causes and contributed to many charitable organisations,” including The Elizabeth Taylor AIDS Foundation and Focus on AIDS.

He served as a charter member on the Board of Directors for The Elton John AIDS Foundation prior to his death.

This Translucent Powder Is Basically an Instagram Filter for Shine

Sun Aug 8 , 2021
Us Weekly has affiliate partnerships so we may receive compensation for some links to products and services. Shiny skin is a serious problem in the summertime. The warm weather naturally causes sweat and excess oil to rise to the surface, and no one wants that. Keeping a powder on hand […]