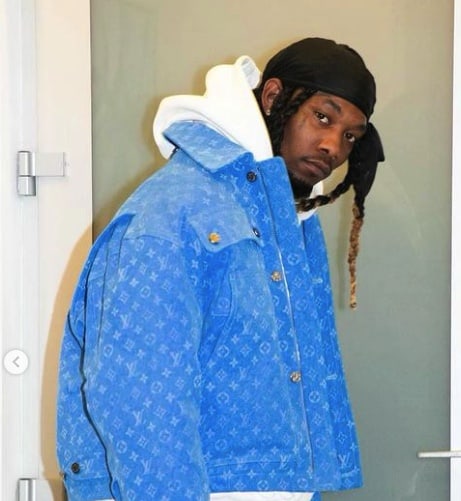 You can take a man out of the hood, but you can’t take the hood out of the man! Offset is an avid traveler, and no matter where he goes, he’s always his authentic straight out of Atlanta self. Currently, the rap star is living it up in Italy. The Migos rapper shared a portion of his time in the country and gave us a few ki ki’s after he wasn’t pleased with his meal. While sitting in what appeared to be the dining room of a hotel, he shared a plate of pasta that looked unflavored, seasoned, and overall bland.

In the video on his Instagram story, Offset appeared to be excited to see what the meal was while he took off the cover to the dish stating, “Ya’ll know I don’t be eating everything. I don’t know. This s**t don’t look right.” He instructed another person in the room to pass him the salt and Pepper to hook up the pasta. He said, “‘Cause it doesn’t look like they put any seasoning in here.” While receiving the Pepper, it didn’t look normal like it does in the United States, which left him perplexed.

While pouring the Pepper onto the side of his plate, he said, “I’m trying to figure out what this is, this posted to be Pepper. This muthaf***a tan. This ain’t fu*** Pepper, this Paprika.” Several of the Roommates laughed at Offset for his hood etiquette in the restaurant. One of the comments read, “You can’t take Black folks nowhere.” Another Roommate commented, “That doesn’t look good ….AT ALL.” It’s unclear if Offset did end up eating the pasta. Roommates, would you have eaten it?

The post Offset Shares A Video Of His Bland Pasta He Was Served In Italy (Video) appeared first on The Shade Room.

Tue Jan 11 , 2022
Paulina Porizkova, a 56 year old former supermodel, is upset with men – who no longer find her attractive, MTO News has learned. For most of Paulina’s life, she was seen as one of the most beautiful women in the world. But now -at age 56 – her physical beauty […]