Olivia Newton-John has marked Memorial Day with a tribute to her late father-in-law, Tom Easterling, who passed away on May 29. He was 97.

The 72-year-old ‘I Honesty Love You’ hitmaker took to Instagram earlier today to mourn her husband John Easterling’s father.

“In honour and respect of my brave and wonderful father-in-law Tom Easterling, whom we lost over Memorial Day weekend,” her post began.

“We will always remember his courage and strength of will and his laugh. Tom was a loving and caring man — he was 97. Will miss you Tom and always be grateful for your service, to which we owe our freedom.”

Newton-John also posted the tribute to her Instagram story, where she directed her followers to a video of her father-in-law speaking about his experience fighting during World War II, during which he was taken prisoner. Watch above. 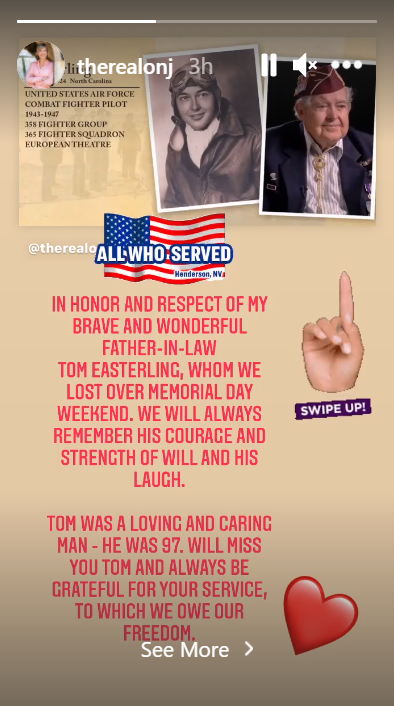 An obituary for Tom, whose given name was Lewis Thomas, describes his time as a fighter pilot in the European theatre from 1943 to 1945, which earned him two Purple Heart awards amongst other military honours.

In December 1944, Tom was flying in a combat mission in Germany when his plane was damaged by enemy fire, losing altitude as a result, and causing him to eject from the plane 90 metres above the ground behind enemy lines.

READ MORE: Olivia Newton-John says ‘every day is a gift’ amid her third battle with breast cancer, using ‘plant medicine’ for treatment

During the fall, he was severely injured and “was further wounded by enemy ground fire as he descended to the ground”, resulting in life-long complications in his left leg.

Tom was taken prisoner by the German forces as he landed, and he remained a prisoner of war until he was liberated four-and-a-half-months later by French forces. 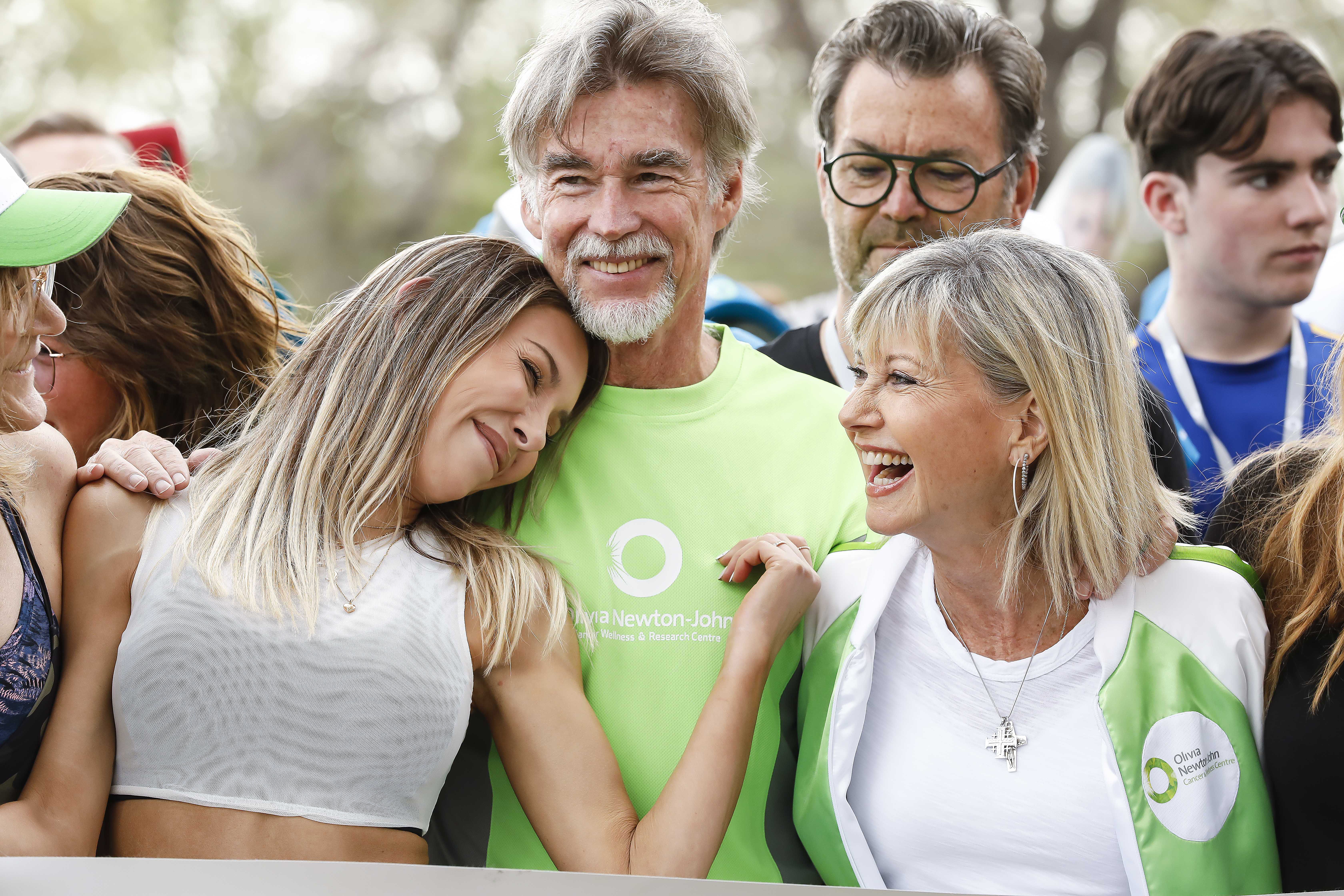 The couple were married in an Incan spiritual ceremony in Peru in 2008.

Newton-John has a daughter, Chloe Lattanzi, from her previous marriage to actor Matt Lattanzi.

Tue Jun 1 , 2021
No matter how hard we try to prevent it, it’s inevitable that over time, our pearly white teeth could lose their luster. No matter how many times we floss, brush or even follow up with our dentist appointments, our smile’s sparkle will gradually fade in appearance over time. Sure, the […]