Roommates, for the past few weeks, Rolling Ray and Saucy Santana have been going back and forth beefing online—the result has included a series of shady posts, videos…and now alleged diss tracks. Following the release of Saucy Santana’s new song “Walk,” which many believe is aimed at Rolling Ray, Ray responded by acknowledging National Disability Day.

Rolling Ray and Saucy Santana have kept the Internet highly entertained throughout the last few weeks, as they have been throwing shade left and right at each other. Just when it seemed that things may have finally fizzled out, Santana sparked up the beef once again after he dropped his latest single called “Walk.”

Now, Santana says that the song was made well before his beef with Ray started and it has nothing to do with his disability. Nevertheless, even if that’s true, the timing of the song’s release is definitely shade-filled.

While many were waiting with anticipation for Rolling Ray to come with a fierce clapback, he instead took a more heartfelt approach. He responded by writing a post highlighting National Disability Day and the challenges that those who are part of the disabled community face.

“Happy national disability day to my disabled/handicap people around the world. The struggles we face on a day to day is something serious. It takes a strong mental state to understand how to operate with a disability purr. I wanna take the time of the day to congratulate & thank every PARENT, mentor, Teacher, & Doctor ‍

for being there for us, teaching us, & Dealing with such a blessing that not everyone can take. This isn’t a fight, Issa movement, We are a category & are voices & chairs will be heard! PURRR! Happy #NationalDisablityDay”

We don’t know if this is the official end of the beef, but something tells us it’s probably not. 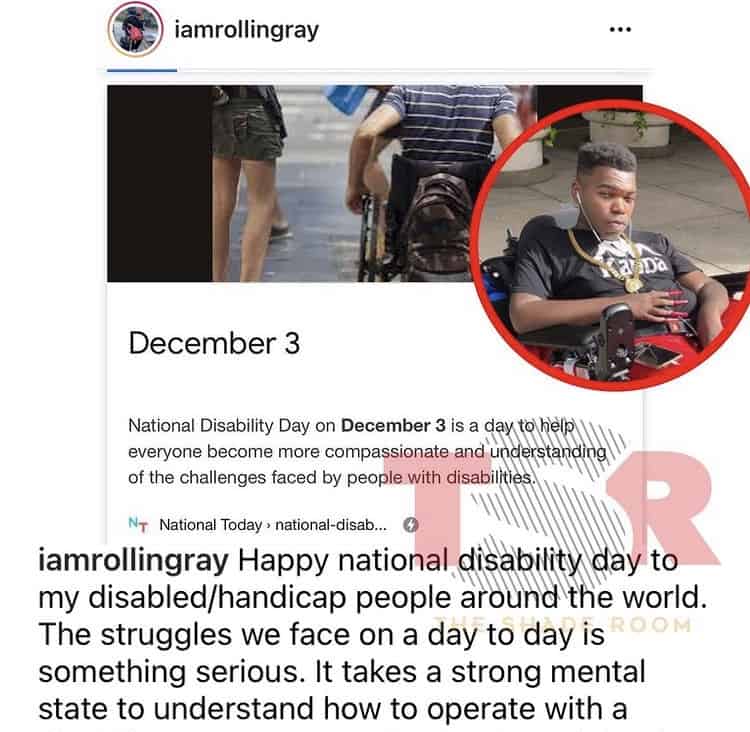 The post Rolling Ray Responds To Saucy Santana’s Alleged Diss Song About His Disability—“It Takes A Strong Mental State To Understand How To Operate With A Disability” appeared first on The Shade Room.

Fri Dec 4 , 2020
Earlier this week, People magazine told the world that A$AP Rocky and Rihanna were officially a couple.  But while news of the new hip hop super-couple seemed to have captured the public’s imagination – MTO News has confirmed that at least two people are NOT happy with the announcement. Both […]