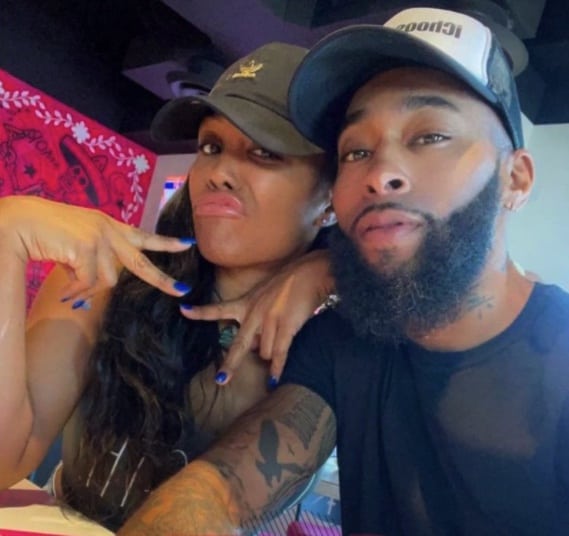 Here we go! Nearly three weeks ago, Willie Taylor, formerly of the group Day26 personal business, was aired online when his estranged wife Shaunda Denyce called him out online to leave her and their four children. Willie hopped on Instagram live and addressed the drama explaining that he left his family to go to Sedona, AZ, to get some peace because he didn’t want to die. However, after all the turmoil, it looks like all is well between the two.

Today Shanda cleared the air and issued a public apology on Instagram. The former reality TV star and mother shared a photo of her and Willie sitting next to each other, smiling. She captioned the post, “Drinks on me. Meet me at the Bizar… How I say, I’m sorry for putting silly people in my business shots. He toxic.”

Although it was big of Shanda to apologize, not everyone was happy about her choice of wording. One commented on her post, “Glad you guys are back. But I don’t think the people are the silly ones. Own it, don’t blame the public, sis.” Shanda wasted no time clapping back at the commenter, telling her to STFU. She wasn’t the only one who felt Shanda’s rage. She continued to go back and forth with other commenters who said that she was attention-starved, amongst other things.

This isn’t the first time the couple has had issues play out publicly, but it seems like Willie isn’t holding a grudge towards Shanda. On November 5th, he promoted her business on Instagram. He advised his followers that Shanda is a licensed life insurance agent and that if anyone needs to receive life insurance, message her now. In addition, he also took the time to promote his upcoming show in Springfield, Illinois, on December 4.

Roomies, what do you think of Shanda’s apology?

The post Shanda Denyce Issues An Apology To Her Husband Willie Taylor appeared first on The Shade Room.

Sat Nov 13 , 2021
Last week, MTO News was the first news source in the world to break the news that Alpo Martinez was gunned down in Harlem. Now we’ve exclusively learned that police believe they’ve captured his killer. And we have some insight, on the motive behind the killing of legendary Harlem drug […]