Fans and media sites have been analyzing everything Moakler has posted in the wake of the announcement that her ex, Travis Barker, and Kourtney Kardashian were now engaged.

Travis Barker’s two children with Shanna Moakler, 15-year-old Alabama and 18-year-old Landon, were quick to jump in and share their excitement and support for their dad’s engagement to Kourtney Kardashian.

Travis and Shanna were married from 2004 to 2006 but haven’t been linked together romantically in over a decade. Nevertheless, as news of the engagement began to circulate through the media and social media channels, many started wondering how Shanna and Kourtney’s ex and the father of her children, Scott Disick, were taking it.

While Scott has effectively said nothing since the announcement, Shanna apparently did enough to get people’s attention. Even though she never responded or acknowledged the engagement directly, it seems that everything she did post or did online was scrutinized through the filtered assumption that this must be in response to the engagement.

To provide some context, though, Shanna has been both aggressive and open with her feelings about Kourtney and Travis’ whirlwind romance after 15 years of friendship. More specifically, she has alleged that their union has created a rift in her own relationship with her children, claiming that the Kardashian family had “destroyed” hers.

And so, when the announcement came — complete with adoring support from Shanna’s children with Travis — fans and media outlets couldn’t help but speculate about the very next things she posted online.

First, she shared a quote attributed to Tupac to her Instagram Stories: “Before you ask why someone hates you, ask yourself why you give a f—.” She followed that up with another statement, “Temporarily closed for spiritual maintenance.”

Standing by their own, they could mean anything, but that didn’t stop many from trying to apply engagement context and meaning to them. Enough so that Shanna felt the need to step in and nip the whole conversation in the bud with a definitive statement shared to her Instagram Stories on Tuesday.

“I haven’t made a comment on anything going on in the world period,” she said, which should put to bed any speculation about deeper meaning behind those two posts, or anything else that’s been happening on her social accounts. 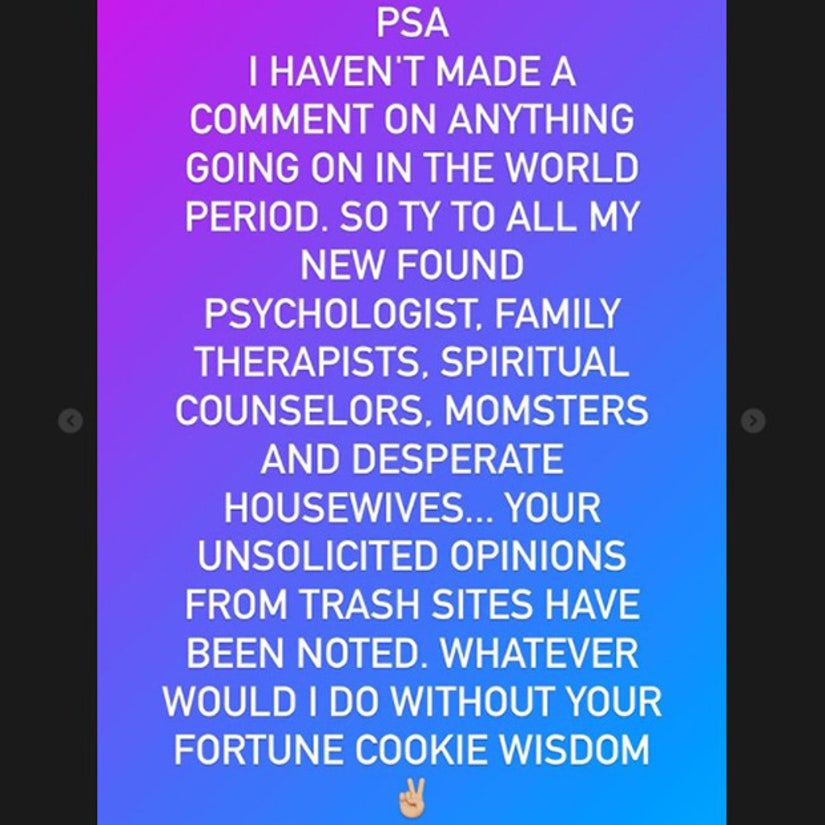 She went on to sarcastically thank “all my new found psychologist, family therapists, spiritual counselors, momsters and desperate housewives [sic],” telling them their “unsolicited opinions from trash sites have been noted.”

“Whatever would I do without your fortune cookie wisdom?” she mused in closing.

Travis and Kourtney got engaged on Sunday with virtually the entire family, as well as celebrity friends and fans, sharing their excitement online. You can check out those reactions below:

Wed Oct 20 , 2021
Scott Disick is reportedly struggling to accept ex Kourtney Kardashian’s engagement news and it’s likely because he hopes the wedding won’t go ahead. According to Us Weekly, Disick is “absolutely furious” the reality TV star is set to marry Blink-182 drummer Travis Barker after he proposed on the beach in […]