Teddi Mellencamp-Arroyave is hopping into the new year, but not exactly by choice. The former “Real Housewives of Beverly Hills” star shared an image of herself on crutches, seeking an elusive boot for her injury in Los Angeles.

“I gave 2020 the boot — and 2021 returned the favor!” she hilariously captioned her forlorn Instagram picture. “Apparently foot fractures are all the rage and there’s not a boot in all of LA.”

Instead, she has to wait until Monday so she can get in to her doctor’s office and get properly fitted.

In the meantime, though, Mellencamp did update her fans via her IG Stories that she was able to pick up a quick boot via Amazon, though she wasn’t too thrilled with its aesthetics.

In fact, it looked so odd, both she and her fans were wondering if it was for the right foot (her doctor assured her it’s universal).

In her initial post, she said that her particular injury is called a dancer’s fracture, “so I’m basically a ballerina now.” And yet, she suffered the injury playing pickleball. 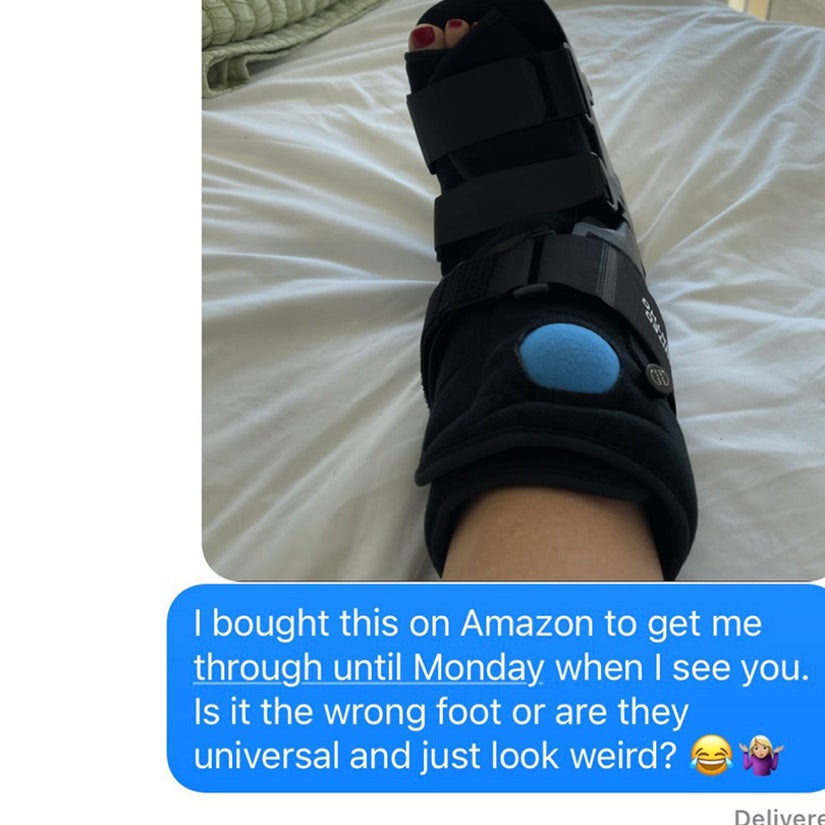 Some of her franchise sisters shared their commiseration, with Lisa Rinna commenting simply, “NOOOOOOO,” while Kyle Richards added, “I absolutely cannot.”

Mellencamp quickly proved that she’s not letting the injury slow her down, showing herself walk (in the Amazon boot) out to a stunningly gorgeous view of the ocean, and later still getting her workout on, lifting the boot high into the sky.

The reality star also took advantage of the extra downtime in her life to answer some questions with her fans in a subsequent post, including whether or not she’d be interested in a return to television.

“You are lovely and I’m sorry you’re not on “Housewives”; you were my favourite, so down to earth,” wrote a fan with the handle yellowflowers1243. “Would you consider your own show?”

“Yes, I would love that,” Mellencamp responded. When asked what other franchise she’d most like to join, she hilariously replied, “Maybe Potomac, but just so I could have a front row seat.”

As for her time on “Beverly Hills,” Mellencamp says that she misses seeing friends on the cast and crew, “but not how I would feel every morning after a night of filming.”

She also admitted that while she wasn’t into her father, John Mellencamp’s music when she was younger, she does listen now. “Love me some Cougs,” she wrote, referencing his “Cougar” nickname.

Amid rumors that Mellencamp was going to be fired from “RHOBH” after three seasons because she was “boring,” the former cast-member confirmed her contract had not been picked up in late September.

“I don’t wanna bore you, but I figured I could give you a little update about what’s going on,” she cheekily started her Instagram video confirming her departure.

“You heard it here last,” she captioned her video. “Yes, it’s true, I am not coming back to ‘RHOBH.’ Thank you Bravo, Evolution, Andy Cohen, and all of the amazing women for the support (and the shade) for the past three years. Back to the shadows I go.”

As for why, Mellencamp speculated to Us Weekly that maybe “it’s because you didn’t see a lot of me, other than in drama this year.”

“If you only see me when I’m in an argument, it’s hard to see the whole picture,” she continued. “I wish we could have seen more of the fun stuff but it’s a TV show.”

Got a story or tip for us? Email TooFab editors at [email protected].