Bianka, four, and Capri, two, suited up in jerseys with the numbers ’24’ and ‘2’ on the back — the respective numbers Kobe and Gianna wore to their basketball games before they were tragically killed in a helicopter crash in January 2020. 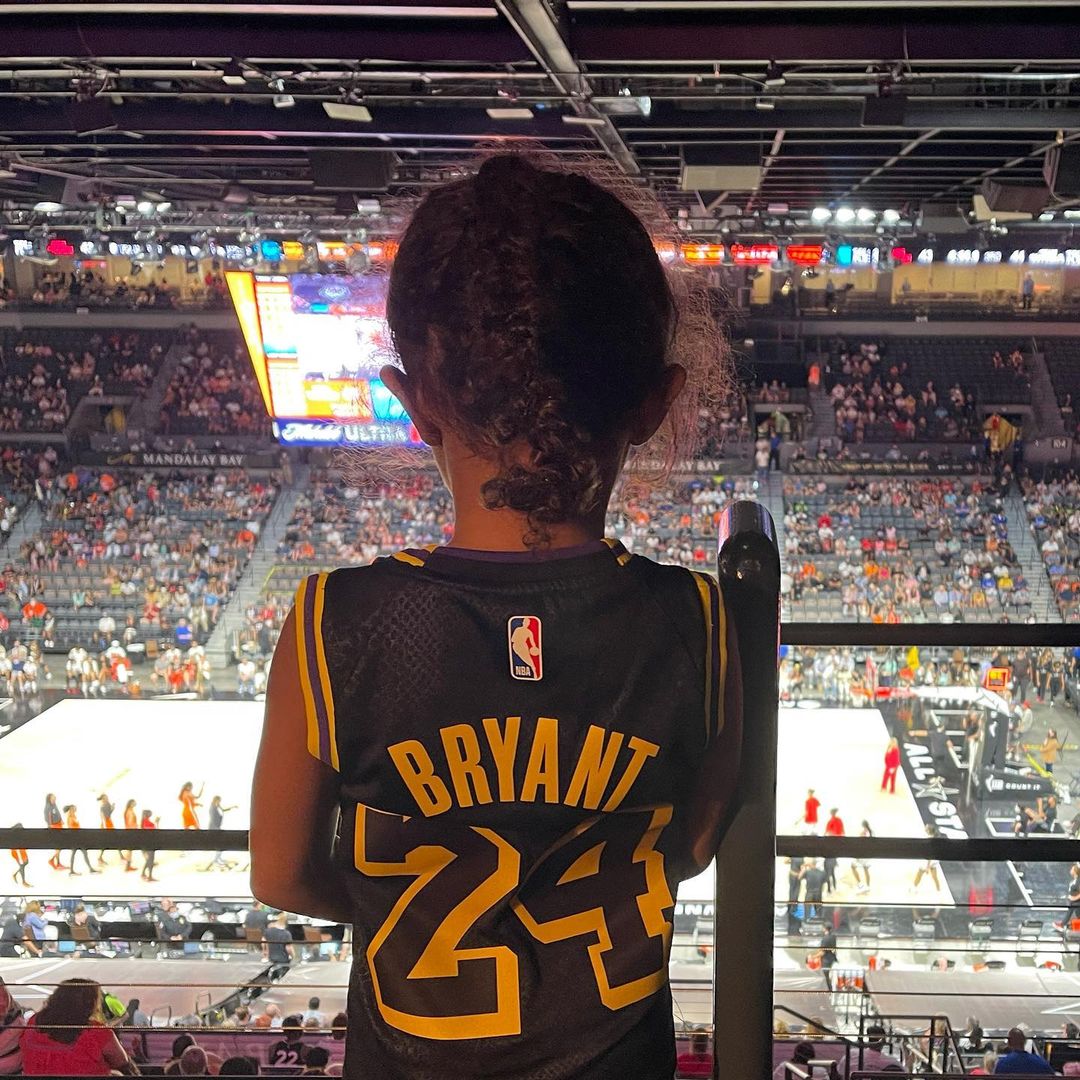 In a separate clip, Vanessa — who was married to Kobe for 19 years before his sudden death last year — shared more pics of herself with her youngest daughters at the sporting event, as well as a video of the girls dancing in the arena.

Vanessa and Kobe also share eldest daughter Natalia, 18, who was also at the game.

Since her double loss 18 months ago, Vanessa has made it her mission to keep her husband and daughter’s memory alive.

“To the best girl dad. Happy Father’s Day, Papi,” the mum-of-four wrote on Instagram last month for US Father’s Day. “We love you forever and always, always and forever. Love you always, Nani, Gigi, B.B, Koko and VB.”

When it was Gigi’s 15th birthday in May — her second birthday since her death — Vanessa remembered her daughter in the most loving way.

“Dear Gianna, Happy 15th Birthday!” she wrote on Instagram alongside a throwback image of mother and daughter. “I love you! I miss you everyday! I wish you were here with us. There are no words to express how much I miss you. I love you Mamacita!”

Also that month, when Kobe was posthumously inducted into the Basketball Hall of Fame, Vanessa gave a heartfelt speech on behalf of her late husband.

“His most cherished accomplishment was being the very best girl dad,” she told the crowd. “I want to thank him for somehow finding ways to dedicate time to not only being an incredible athlete, a visionary, entrepreneur and storyteller but for also being an amazing family man.”

Fri Jul 16 , 2021
Better together! Sharna Burgess and Brian Austin Green found happiness with one another following a PDA-filled Hawaiian vacation in December 2020 — but that was only the beginning of their love story. Burgess first hinted at the romance earlier that month when she exclusively told Us Weekly that she was […]