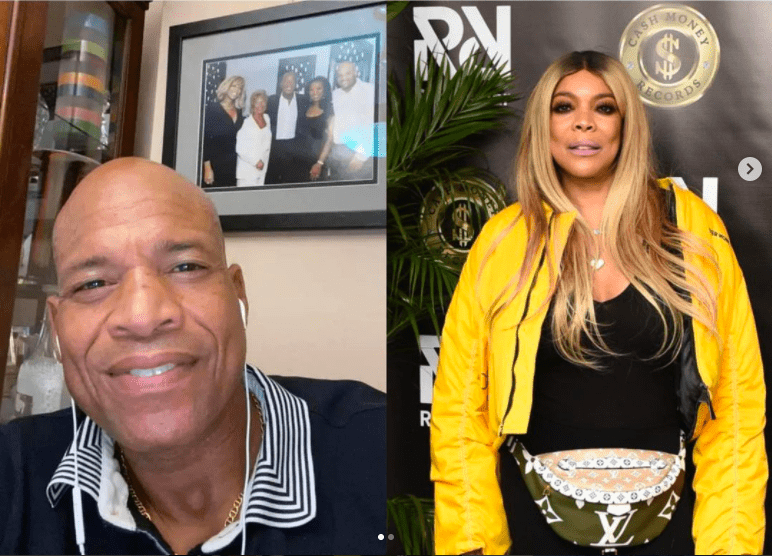 Roommates, Wendy Williams is trending online after rumors surfaced that she has early dementia and is confined to a wheelchair after a clip from “The Rickey Smiley Morning Show” aired. If you recall, Wendy has been away from her daytime talk show but not due to these reasons. Her brother, Tommy Williams, has shut all rumors down.

He spoke with The Sun denying any dementia behavior. He said, “We haven’t had any alerts like that, and I haven’t seen anything like that or have had conversations with her that would lead me to believe that.” Tommy also stated that the family routinely checks on Wendy even though they’re all in Florida. Tommy also mentioned his father’s involvement.

“I try to make it up there, and my dad speaks with Wendy frequently. So no, we don’t have any concerns concerning her mental state. It’s all physical.” Tommy also said that Wendy’s is mentally well enough to travel to see her family in Florida for Thanksgiving possibly. He added, “I am trying to find out if she’s coming down for Thanksgiving. I mean- she’s normal like that.”

The Wendy Show has been keeping viewers update to date with her health via Instagram. The last update was made on November 8th. It read, “HOW YOU DOIN’? I MISS YOU ALL! As everyone knows, my health has been a hot topic. I’m making progress, but it’s just one of those things that’s taking longer than we expected. “I’m a woman of a certain age, and I know enough to listen to my doctors and will return to my purple chair as soon as we all agree I’m ready.”

Wendy continued thanking all of her staff and guest hosts for stepping up and stepping in while she couldn’t be there. Let’s hope Wendy can continue to make progress with her health and return soon!

The post Wendy Williams’ Brother Shuts Down Rumors That She’s Battling Dementia Amid Her Absence From ‘The Wendy Williams Show’ appeared first on The Shade Room.

Waukesha Suspect's Family: 'It Was An Accident . . . He's Innocent Just Like Kyle Rittenhouse'

Tue Nov 23 , 2021
At least five people have been killed and 40 injured – including at least 12 children – after a speeding SUV plowed into a Christmas parade in a suburban town near Milwaukee, Wisconsin, on Sunday. Police have a suspect in custody, whom they believe is responsible for the attack. The […]