That’s the question that financial publication Top Dollar aims to answer in their newest analysis. It’s a bit rough around the edges, relying on estimates, some guessing, and lack of information in regards to contracts, but the ballpark figure seems reasonable. “We extracted the top 100 artists based on Spotify streams (leaving out the artists who have passed away). Then we calculated each one’s total earnings (assuming that one stream equates to $0.0049) and halved the total figure because top artists only receive about 50% of revenue from streams.”

In their findings, Drake dominated earnings on the platform, with an estimated haul of $52,546,150. He earned 37% more than the second-highest earner on the list, Bad Bunny. He, along with the rest of the group, are all far more closely packed than Drake way out there in front. However, the top-earning song, specifically, was “Shape Of You” by Ed Sheeran, which Top Dollar estimates generated $6,566,000 for the UK artist.

Overall, The Chainsmokers have a total of 7.2B streams, with an estimated total earnings of $17,672,812 just from Spotify alone.

The full report is available for review here. 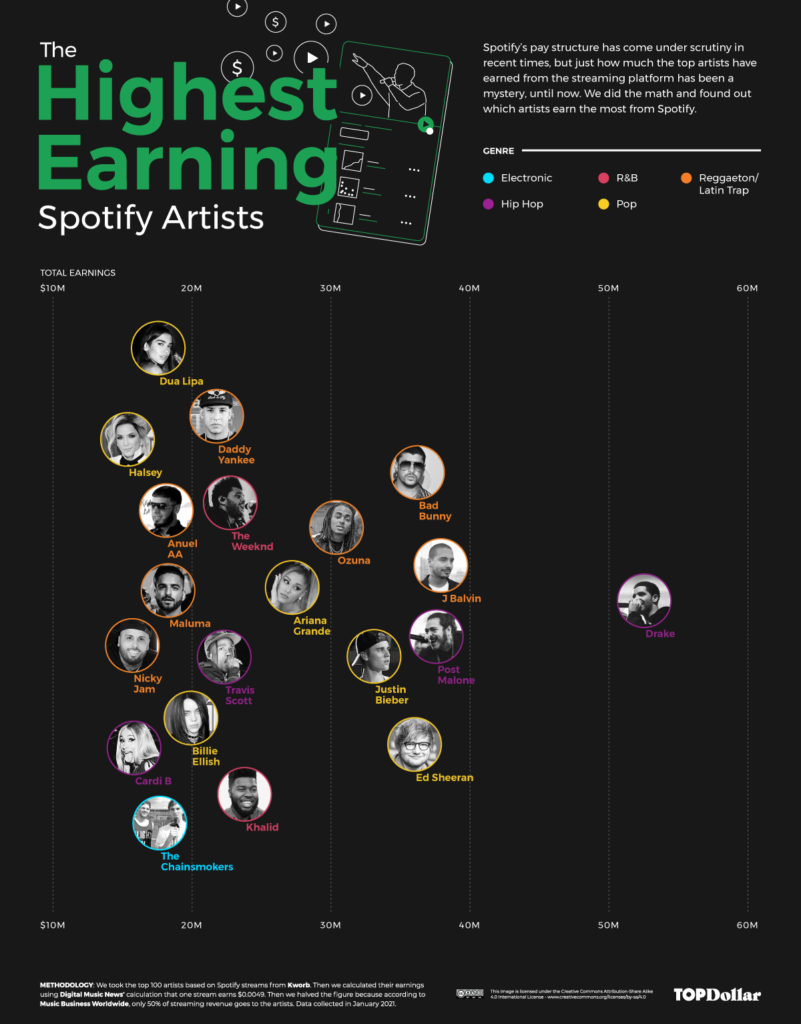 This article was first published on Your EDM. Source: Which Artists Have Earned the Most From Spotify?

Wed Mar 10 , 2021
“This is overall just starting a war that’s not there.” It’s not a book burning, Dr. Seuss has not been canceled, and everyone just needs to calm the hell down, says Selma Blair. The actress and mom was out and about on LA’s Ventura Blvd on Thursday when she stopped […]