You may know Zooey Deschanel as the star of romcoms including the Netflix show New Girl and her starring role in the film 500 Days of Summer. But the actress has had notable, real-life romances of her own.

The 40-year-old actress has been married and divorced twice, and she recently she found love again with boyfriend Jonathan Scott, 42.

“Once in a lifetime you meet someone who changes everything,” the Property Brothers said of Deschanel in an Instagram post at the start of 2020.

Scott met Deschanel while filming Carpool Karaoke in August 2019. At the time, she had secretly separated from her husband, Jacob Pechenik.

Not long after Deschanel and Pechenik announced their split, she and Scott went public with their romance.

“It’s definitely special for me because I am the guy who raises the bar in what I’m looking for in a partner,” Scott told Us Weekly in September 2019. “I was caught a little off guard.”

The couple ended up isolating together amid the coronavirus pandemic and celebrated their one-year anniversary in August 2020.

“One year ago today I met this kind, caring, hilarious, generous, creative, nerdy, handsome and all-around incredible human,” Deschanel said in an Instagram post at the time.

“I am so grateful for every smile, kiss, hug, snuggle, laugh, scrabble game, escape room, breakfast, lunch and dinner we share together. Even during the weirdest year for humanity, I want a million billion more with you.”

Scott replied to the message, saying, “You give me ALL the feels. I love you.”

READ MORE: Lily James’ dating history: Everything we know about her rumoured past relationships

Deschanel met her second husband, producer Jacob Pechenik while working on the 2015 movie Rock the Kasbah.

The actress confirmed her engagement to Pechenik in January 2015, and the couple tied the knot six months later.

But by September 2019 — around the same time Deschanel went public with Scott — the couple announced they had ended their marriage.

“After much discussion and a long period of contemplation we have decided we are better off as friends, business partners and co-parents rather than life partners,” they said in a statement. “We remain committed to our business, our values and most of all our children. Thank you for respecting our privacy at this time.” 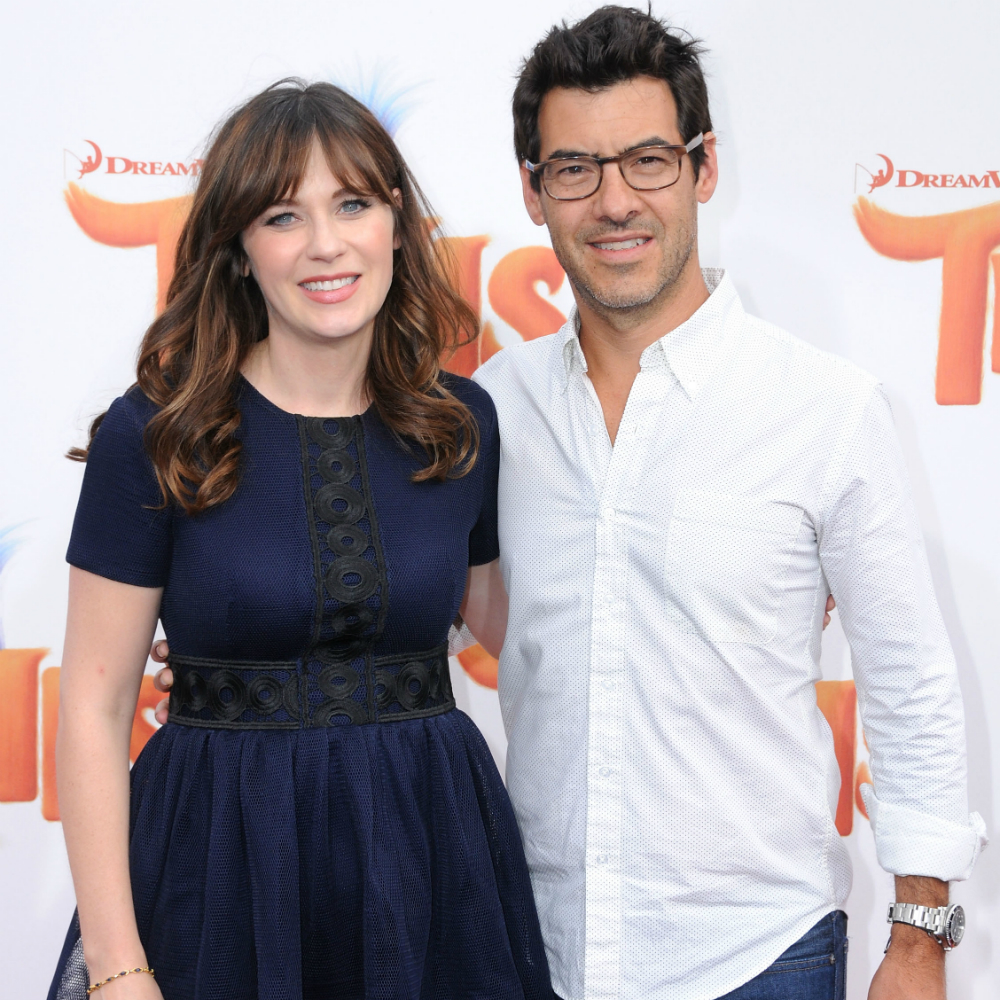 Pechenik opened up about the split not long after.

“Yeah, everything is amicable, and we have two beautiful children together. We’ve been raising them and we’re going to continue to raise them, and take great care of them… I’m happy,” he told HollywoodLife on September 14.

Deschanel and Pechenik filed for divorce in October 2019 and it was finalised in June 2020.

The exes also share a business together: Lettuce Grow.

In 2012, after her first divorce, Deschanel struck up a romance with Dear John screenwriter Jamie Linden. They dated for two years, before calling it quits in August 2014. The TV star started dating not long after her divorce from Ben Gibbard was finalised.

Which brings us to her first husband: Ben Gibbard.

Deschanel began dating the Deathcab for Cutie frontman in 2008. Within the same year, the musician had put a ring on it!

They tied the knot in 2019, but by 2012 they had finalised their divorce. Deschanel cited, “irreconcilable differences as the reason for the divorce” at the time. 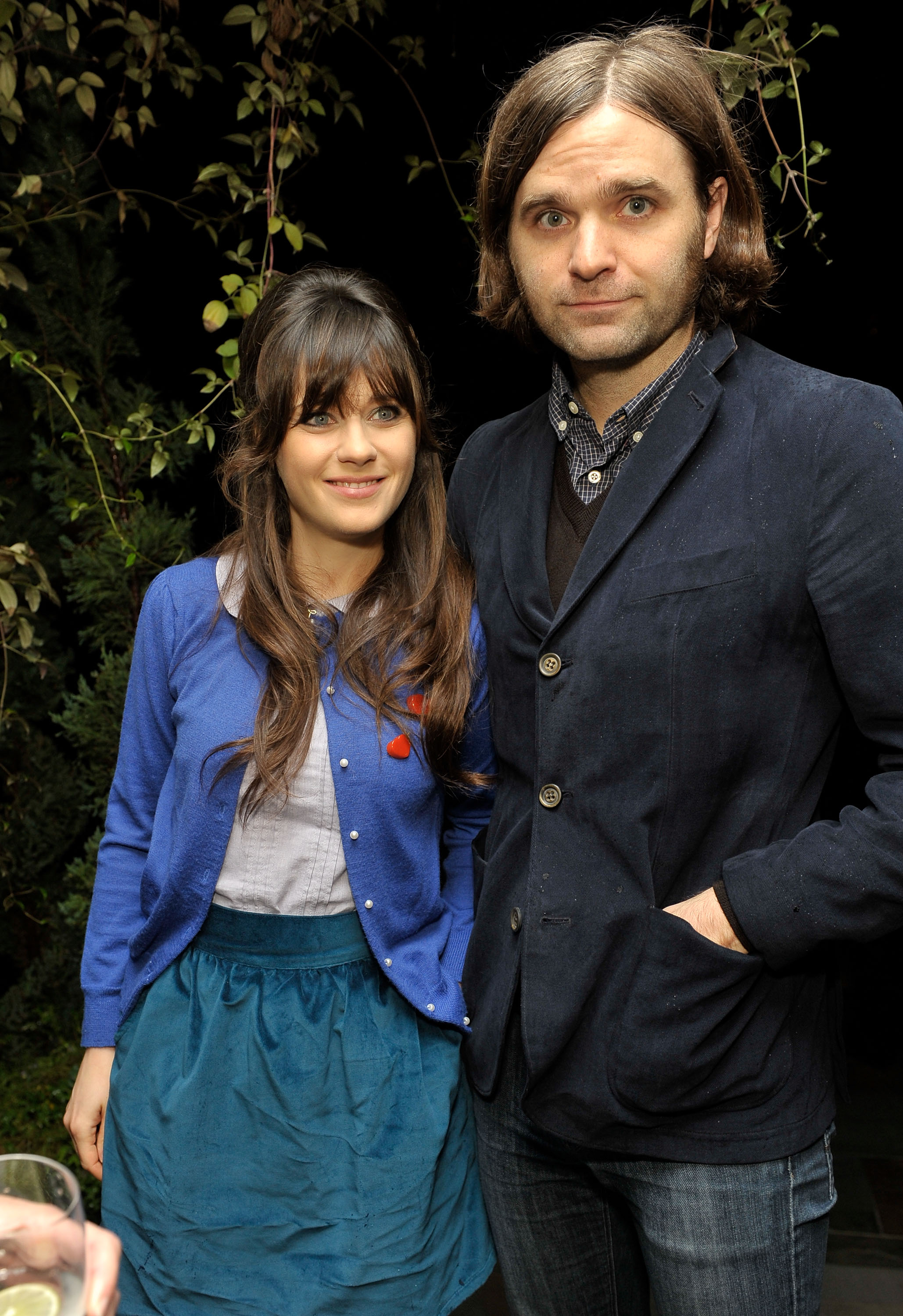 By 2015, the rock band released their eighth studio album, Kintsugi. Fans were curious if some of the tracks were about his failed marriage to the actress.

“I’m not going to change the way I’ve always written for fear of people correctly or incorrectly assigning a name and face to these songs,” Gibbard told Billboard in reference to whether some of the songs were about Deschanel. “I’ve always written about my life and the lives of people around me, and how everything intersects.”

Deschanel’s first serious boyfriend was actor Jason Schwartzman. They dated In 2003 when she was just 19. Two years later, the pair called it quits. 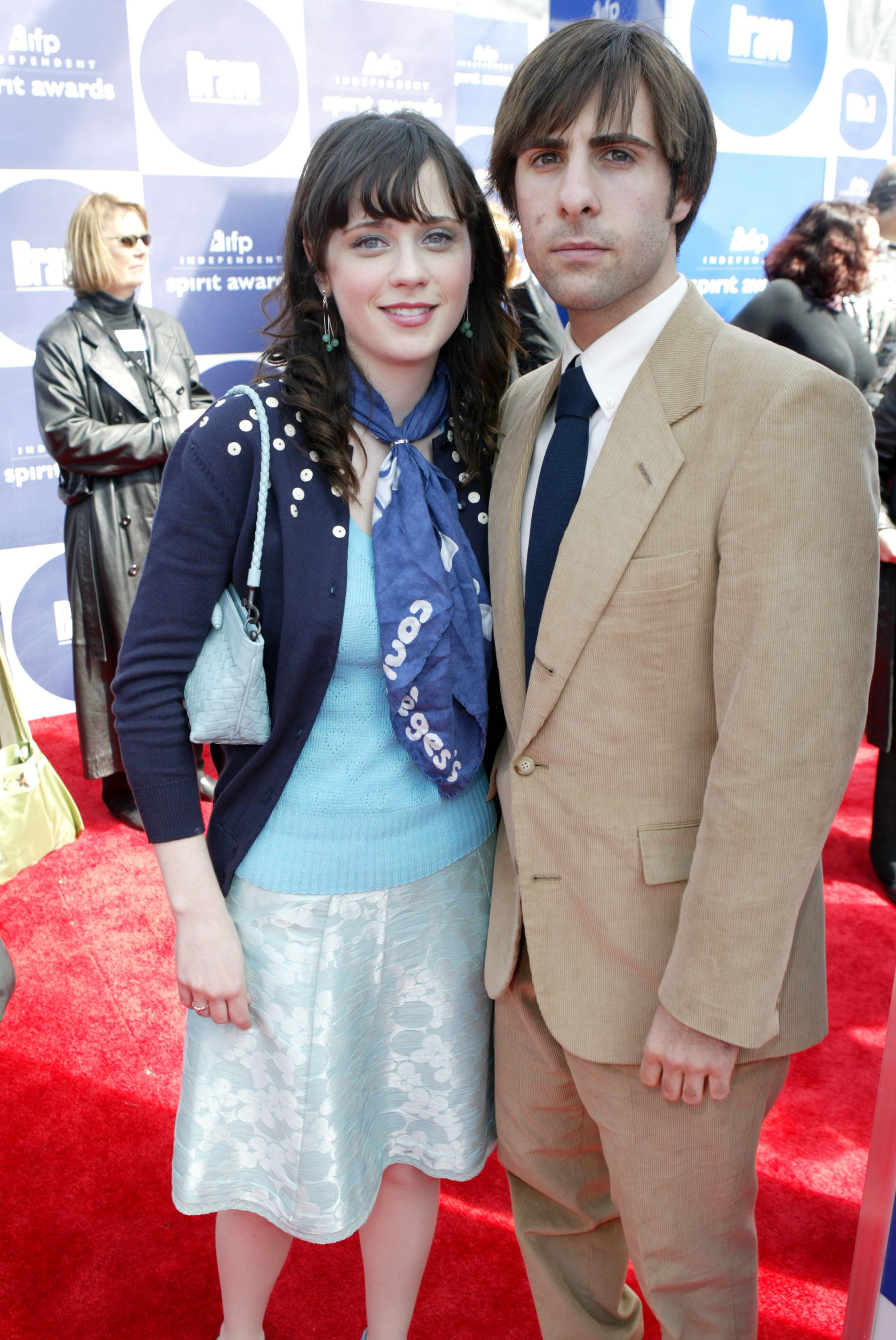 Arnold Schwarzenegger Reveals He Is Recovering After Undergoing Heart Surgery